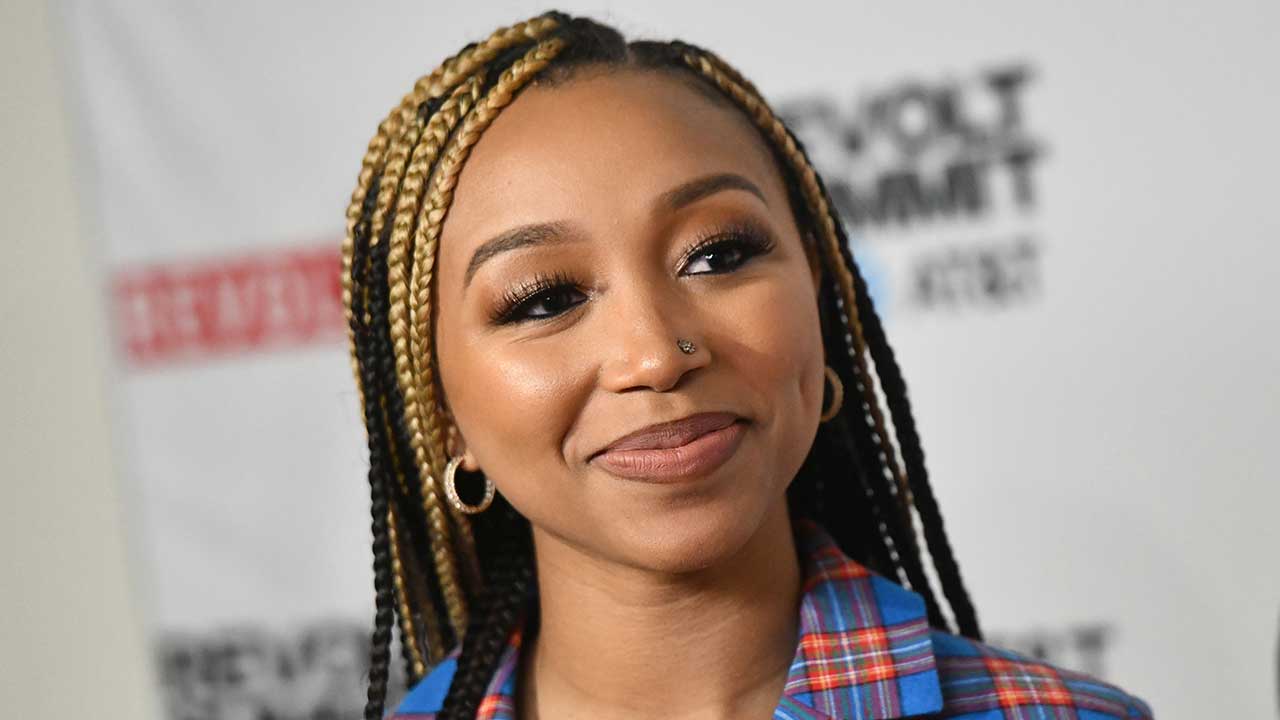 Fans have been looking forward to this so here it is! Zonnique Pullins‘ baby daddy took to his social media platform of choice to share the very first pic ever of them with their newborn daughter!
As you probably know at this point, the daughter of Tiny Harris just welcomed her first child with her boyfriend, Bandhunta Izzy.
The pic he posted had the young mom looking gorgeous while she and her man were posing for the camera alongside the stroller in which their baby girl was.
This also marked his birthday on December 30 so he raved about spending the special day in the company of Zonnique and the newborn.
The two adults can be seen holding onto the stroller’s handle for the pic and unfortunately, the baby girl’s face cannon be seen since it was hidden behind the Minnie Mouse print cover.
The new mom was wearing a black bomber jacket and a pair of ripped jeans and looked as great as ever in the casual clothing.
As for her boyfriend, he looked just as fashionable in a Gucci T-shirt and some matching high-top sneakers from the same high end brand!
In the caption, he shared that he was ‘Spendin my 24th C day like dis.’

While this is the baby girl’s first family pic with her mom and dad on social media, it is not her first appearance on the internet in general.
She was also featured in a post by Zonnique’s stepbrother, Domani Harris, who previously posted a picture of the newborn all bundled up in a pink blanket not too long ago.
Zonnique’s daughter is T.I. and Tiny’s very first grandchild and was born a bit more than two weeks ago.
Advertisement

Previously, Tiny shared, while on The Mix, that her daughter was ‘getting her rest, as much as she can. The baby is sleeping all the time so she has been able to rest a lot.’

Woman who outed Hilaria Baldwin says fake accent is ‘offensive’
Ant Anstead Reveals He Did Not Want To Separate From Christina And Was Left In A ‘Really Dark’ Place When She Filed For Divorce!
Comment