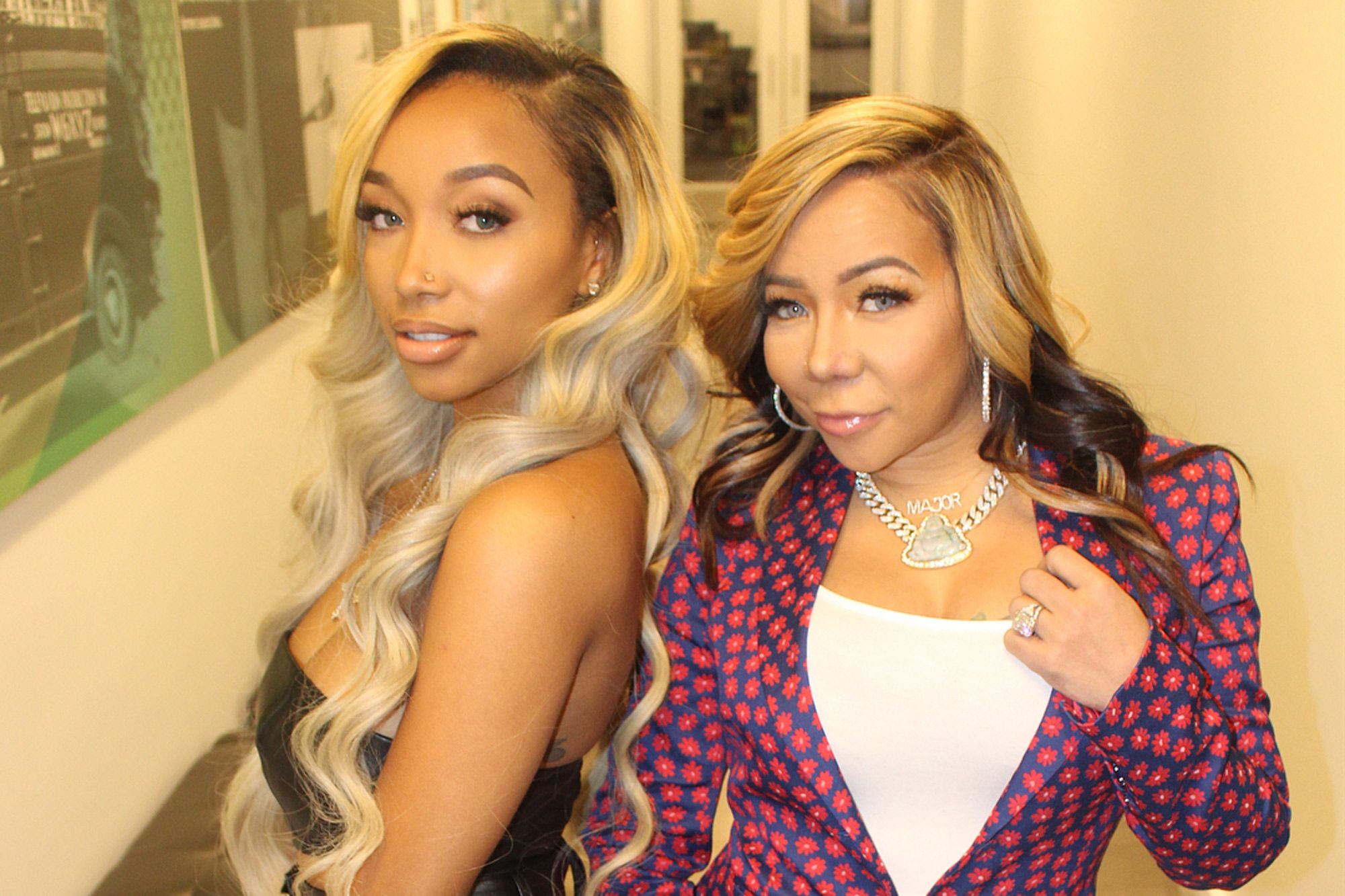 Zonnique Pullins is a new mom for the first time and she opened up about the experience, even revealing the thing that worried her the most – something most people out there can relate to as well! Here’s what Tiny Harris’ daughter had to say!
While on FOX Soul’s The Mix earlier today, Zonnique admitted that she was scared she would not be able to hold a body function while giving birth, more precisely, number two!
After all, you might know that the same muscles used to push during natural birth are the same ones the body uses when defecating so her concern was very valid.
Zonnique did not want her boyfriend, and father of her child, Bandhunta Izzy, to see her like that during childbirth so she was concentrating on not soiling herself at that time.
She got really real about birth during the podcast, sharing her experience the way it was!
It all started with co-host Anton Peeples asking the young mom: ‘Tell all the moms out there what the experience is really like?’
In response, Z said that ‘Um, the experience is…it’s really nasty! We’ll start there. I did not want to s**t the whole time. I was like, ‘Don’t s**t, don’t s**t!’ Cause I do not even fart in front of my boyfriend in real life. Stuff like that is very nasty to me. He is just watching it and saying little comments and it’s really nasty.’
She went on to dish that welcoming her daughter was not what she’d expected.
Advertisement

‘So it wasn’t what I was expecting. I’d say it was a lot easier than what I expected. My water broke, I was really happy about that ya’ll. I wanted my water to break. So that was very exciting for me and it was pretty smooth. I feel like my baby was like, very close down. I did not have to push for long but that epidural. Ladies! You need it, I’m not even going to lie, the epidural made me feel a whole lot better, that’s all I am going to say.’