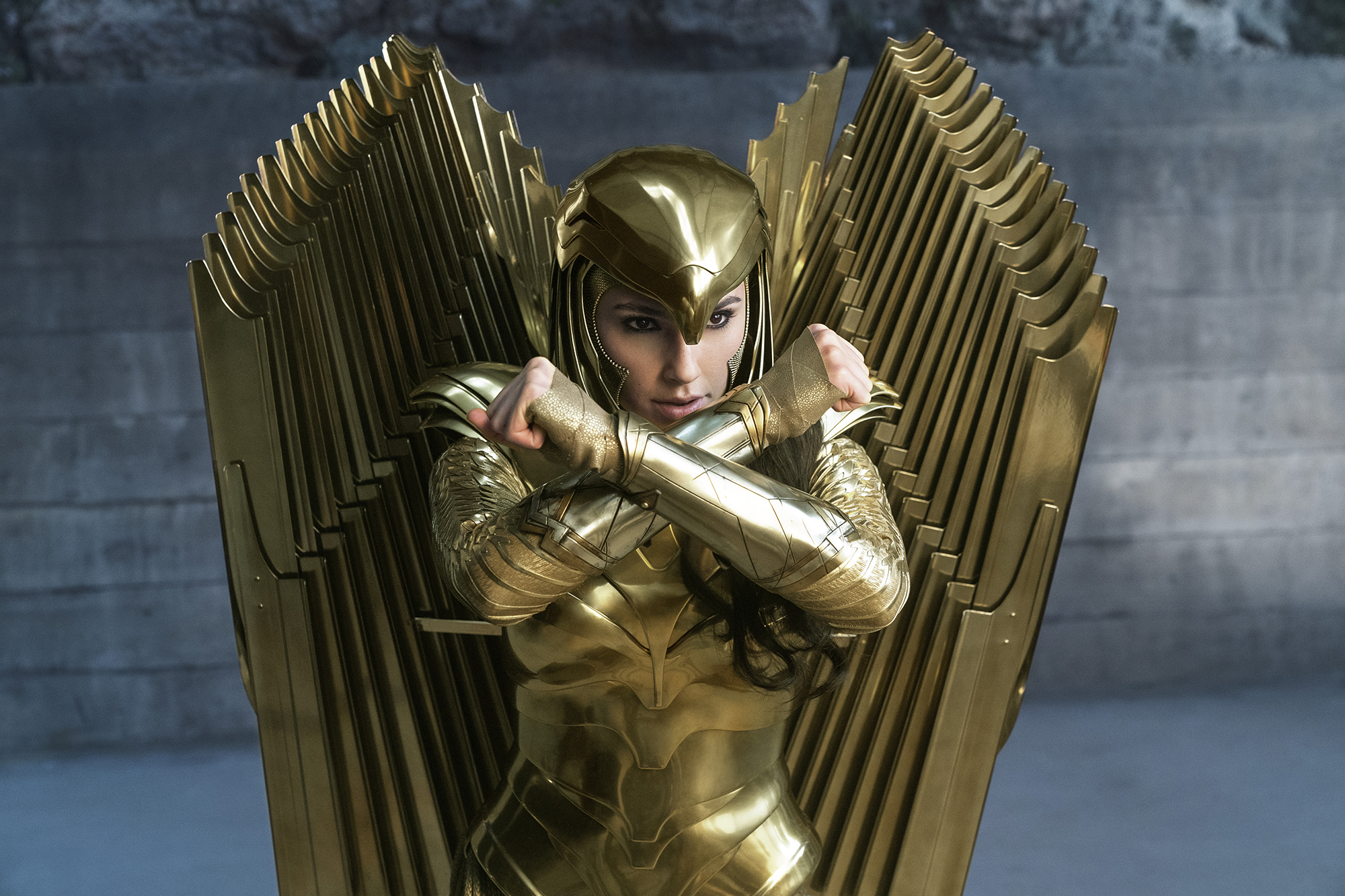 Like so many movies and TV shows before it, “Wonder Woman” has discovered the secret recipe for fun: Just set it in the ’80s.

The clothes! The hair! The personalities! Wham! Compared to our bland, monochromic decade, the ’80s were the Land of Oz. And a wallop of flair is just what this DC hero franchise desperately needed.

The first film was set during the happiest time in human history: World War I. A tormented Wonder Woman took to the trenches and endured a solid hour of smoke and soot. Squint and you could maybe spot the main character.

“Wonder Woman 1984,” by contrast, is visually dazzling with kaleidoscopic color and buoyant action sequences. The plot, thank Ares, is no longer so self-serious, even if it is a bit knotty.

Amazonian Princess Diana (Gal Gadot), who does not age, still looks catwalk-ready in her new life as a Smithsonian scientist in 1984 Washington, DC. She studies rare antiquities there, and is taken aback when an ancient wishing stone with a Latin inscription arrives at the office.

Not realizing the extent of the object’s destructive power, she casually wishes that her dead boyfriend Steve Trevor (Chris Pine) would come back to life. He does! Her demure co-worker Barbara (Kristen Wiig) asks the stone if she could become more like Diana. Considering Gadot is a former dancer turned Miss Israel turned combat trainer turned Hollywood A-lister, I can hardly see why.

Then a sleazeball named Max Lord (Pedro Pascal) gets his hands on the rock. He’s a failed businessman and TV personality who’s attempting to make a buck by hawking “oil-rich” plots of land that actually contain no oil. He wishes to become the wishing stone itself, thus turning him into a sinister genie hellbent on world domination. Pascal makes Lord into an unhinged psycho who could’ve been a bad guy on “Dallas.”

By the way, it’s nice to see the talented Pascal take off his “Mandalorian” helmet for a couple of hours. That thing must be getting stinky.

After Barbara makes her innocent wish, she morphs into Cheetah, an ally of Diana’s who later chooses villainy. It’s some of Wiig’s best film acting since “Bridesmaids,” and she’s finally found a major project she easily fits into. The actress brings just enough comedy style to her bookish nobody, and finds real ferocity as a feline femme fatale.

In the last film, Wiig probably would’ve stuck out like a tux in Florida, but director Patty Jenkins has embraced humor this go-around. When Steve tries on a pair of parachute pants, he incredulously shouts, “Does everybody parachute now?!” Pine also gets laughs when he goes bananas upon riding his first escalator.

One flaw that has not been remedied, though, is the length. Jenkins doesn’t excitingly fill all two and a half hours of story, and the final battle is not even the best one the movie has to offer. There is a far more gripping car chase through Cairo midway through, and a Cirque du Soleil-like flashback to Diana’s Amazon training at the start of the film.

Regardless, Jenkins is leagues better than most of the dudes directing over at Marvel Studios these days. The most perfect moment of “Wonder Woman 1984” sees Diana discover a new superpower. Gadot’s vulnerable face and the graceful movement of the camera around her as Hans Zimmer’s thunderous score crescendoes is powerful.

What would I tell the stone? I wish I could experience that scene at a real movie theater.