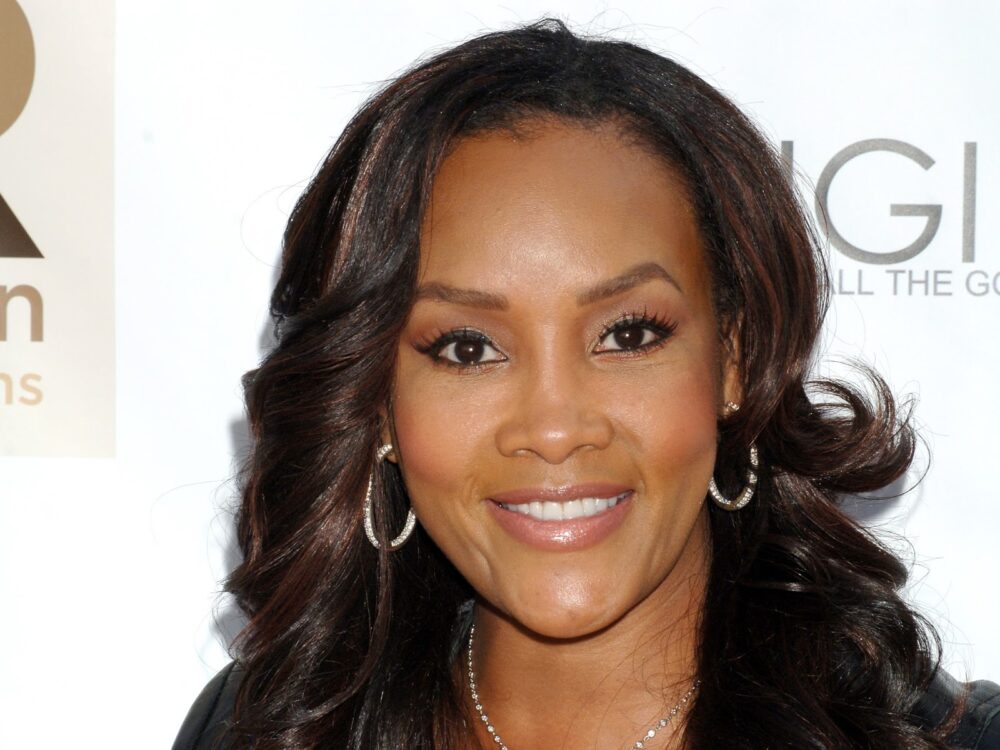 Vivica A. Fox isn’t afraid to shoot her shot at up-and-coming rappers and other celebrities. As most know, Vivica was once in a relationship with Curtis Jackson – also known as 50 Cent – but the rapper has moved on to other women and is also now in a relationship with Cuban Link.
Hot New Hip Hop says Vivica found herself in the headlines once again this week after she referred to Young Thug as a “sexy little cockroach,” which social media users didn’t find flattering or even appropriate. During Cocktails With Queens, the actress took a lot of heat for saying Young Thug looked like a “sexy a** looking cockroach.”
Vivica A. Fox was asked by her co-host, Claudia Jordan if she thought the rapper was cute, and that’s what the Independence Day actress responded with. Reportedly, this comes on the heels of Young Thug’s remarks about Jay-Z in which he talked about his hair and more.
Young Thug said Jay-Z looked like someone who would transfer well over to an animated cartoon of some kind. Claudia Jordan went on to ask Vivica if she would let Young Thug “live” if she discovered him in her kitchen.

Fox went on to praise him, saying how he loved fashion, diamonds, and makes great music. The Independence Day actress then explained how Young Thug would never come close to Jay-Z in terms of having a similar number of hit songs.
Reportedly, Young Thug supposedly insinuated he had more hit songs than Jay-Z, which prompted some people to urge for them to go at it in a Verzuz battle.
As a result of the whole debacle involving Vivica Fox and her comments about Young Thug looking like a cockroach, the actress has been slammed by some people on social media who accused her of making racially charged remarks.
Advertisement

For example, one social media user urged Vivica to stop using the term “cockroach” to refer to a black man, as the word supposedly has a racist past.