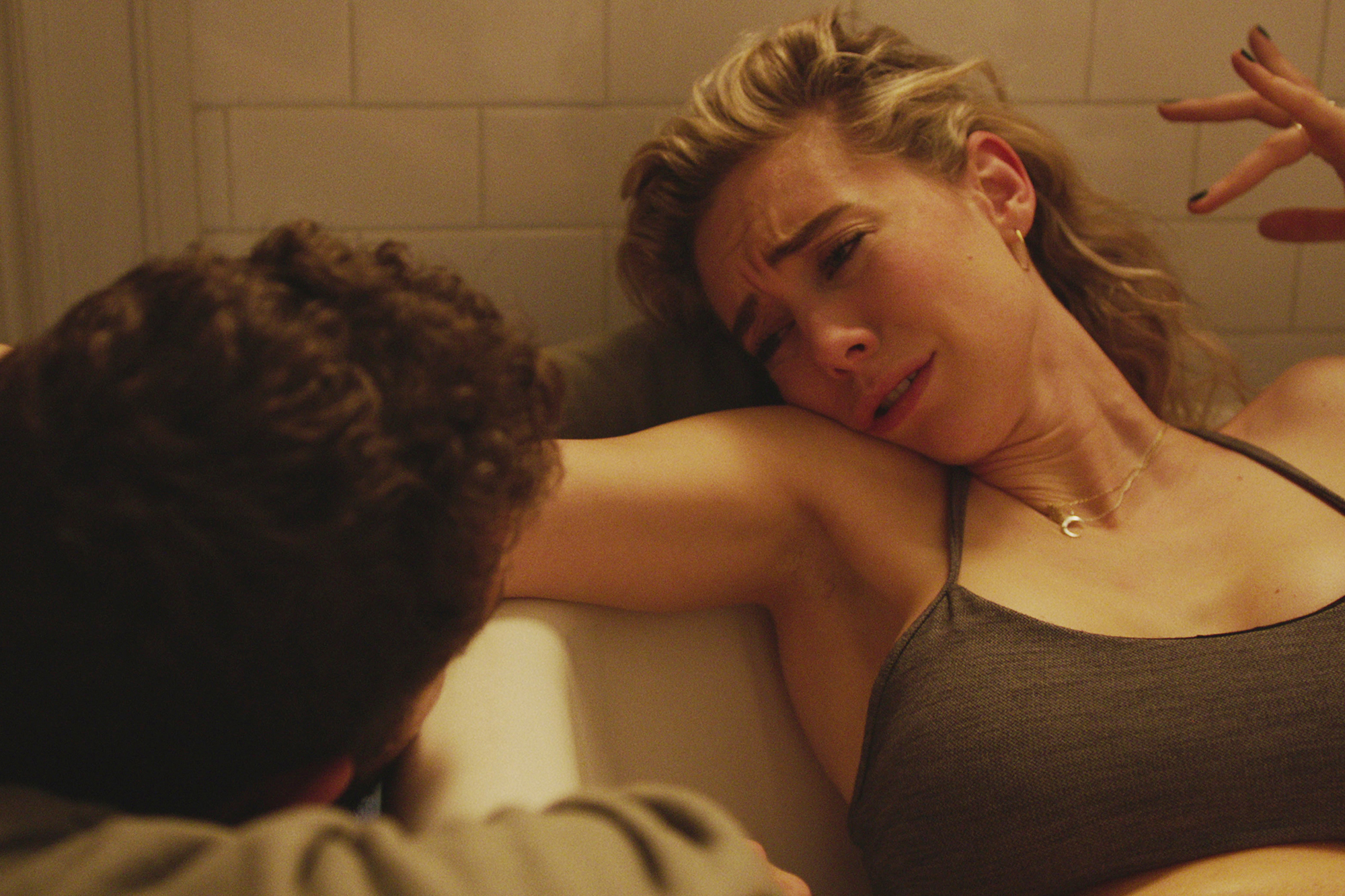 The most tense scene in any movie you’ll see all year is the first 20 minutes of “Pieces of a Woman.”

Pregnant Martha (Vanessa Kirby) goes into labor at her Boston home, where she plans to give birth, and her husband Sean (Shia LaBeouf) calls the midwife in a panic. She arrives fast, but something seems off. The worker is frazzled and indecisive — the opposite of what you want the person delivering your child to be — and the risky situation dangerously unravels.

Howling in extreme pain, Martha gets into the bathtub to relax, and every splash, breath and creak of a floorboard is uncomfortable and deafening. An ambulance is called, but the baby is born before help arrives. It dies moments later.

The sequence is such a miserable and paralyzing way for director Kornél Mundruczó to begin his film, but the fearless move places you instantly into the mind of Martha, a broken soul who, after her tragedy, wanders through life like a ghost.

Shia LaBeouf, left, and Vanessa Kirby in a scene from “Pieces of a Woman.”AP

Back at her office, she’s stared at by co-workers with a mix of pity and fear. She sits on the bus looking at all the little children bugging their parents, imagining the life she might have had. At the same time, she grows distant from her husband and refuses to have sex with him. She’s hostile and erratic with her mother, Elizabeth (Ellen Burstyn), and relatives. Martha is an island.

Thrown together, Kirby and Burstyn are as explosive as Pop Rocks and Coke. The pair is emotionally irrepressible, but full of love, and fight with a hearty growl. Burstyn, still a powerhouse at 88, barrels around the set dropping bombs. “If you had done it my way, you’d be holding your baby in your arms right now,” she says cruelly. She also makes Sean a shocking offer.

Adding intrigue to Kata Wéber’s script is legal action being taken against the midwife by the family. Martha’s experience was widely reported by the media, and the health-care worker has become a national pariah who’s guilty in the court of public opinion. Elizabeth is obsessed with seeking justice, while Martha only wants to recede from view and, God willing, move on.

LaBeouf, who Netflix has scrapped from its awards campaign amid abuse allegations made by FKA Twigs, understands it’s Kirby’s movie, not his. His work is strong and admirably un-macho, yet a complication involving him and another woman is the film’s sole false note.

After that nervy first scene, Mundruczó pivots to elegance. The camera doesn’t shake, and the shots are long and brightly lit. There is a point of view, though — Martha’s — and the director ably lets us see every one of Kirby’s subtle gestures and tortured facial expressions.

The 32-year-old Brit is the most exciting actress your mom can’t name. Whether she is playing Princess Margaret on “The Crown” or a seductive arms dealer in “Mission Impossible: Fallout,” the actress is captivating, but this time, she’s outdone herself. After watching a revelatory courtroom scene near the end, you’ll turn into Wayne and Garth and shout, “We’re not worthy! We’re not worthy!”

If you didn’t know Kirby before this film, get used to hearing her name a lot. She’ll be nominated for every major acting award this year.

Todd Tucker Proudly Flaunts His Love For Ace Wells Tucker For His Birthday
Porsha Williams Supports Tamika D. Mallory And Her Message – Check Out What She Had To Say
Comment