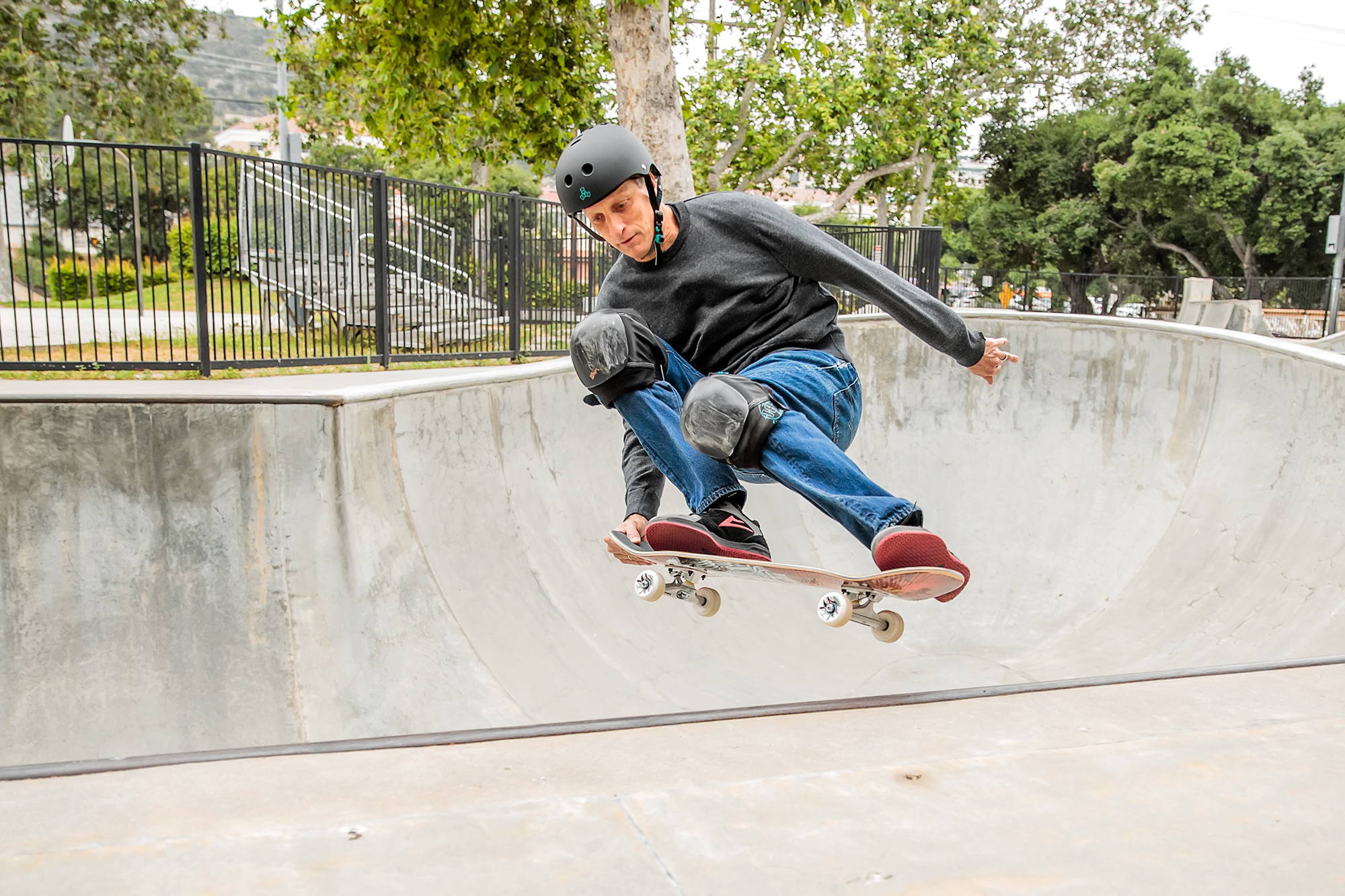 Tony Hawk, one of the most famous skateboarders of all time, has once again been asked if he’s related to himself.

“At a Covid testing site (wearing masks) handing over paperwork for me & two of my kids:,” the super-shredder, 52, tweeted on New Year’s Eve, setting the scene of the interaction.

“Woman looking over papers: ‘okay…Anthony, Keegan and Kadence…Hawk? Are you guys related to Tony Hawk?’”

When Hawk responded “Yes,” the woman was stunned.

“Are you pulling my leg?” she asked, to which he told her, “no, we are all directly related to him.”

As of this writing on Thursday morning, the tweet is a trending topic on Twitter — and has racked up over 300,000 likes and dozens of shout-outs from Hawk fans and fellow celebrities alike.

at a Covid testing site (wearing masks), handing over paperwork for me & two of my kids:woman looking over papers: “okay… Anthony, Keegan and Kadence… Hawk? Are you guys related to Tony Hawk?”me: yesher: “Are you pulling my leg?”me: no, we are all directly related to him— Tony Hawk (@tonyhawk) December 31, 2020

This is only the most recent instance of Hawk — despite his international reputation as a professional skateboarder — not being recognized, an experience which appears to deeply amuse him, and he has frequently tweeted about over the years in a consistent dialogue-based format.

“Guy at restaurant: ‘you famous?’” went one such 2017 interaction. “Me: I think that depends on who you ask.” The man then asks Hawk “anyone ever tell you that you look like Tom Brady?” which, apparently, Hawk had never been told.

guy at restaurant: “you famous?”me: I think that depends on who you askhim: “anyone ever tell you that you look like Tom Brady?”me: never— Tony Hawk (@tonyhawk) August 17, 2017

“In NYC, guy cutting meat at deli looks up with confusion,” Hawk premised a 2019 interaction at the Lower East Side’s Katz’s Delicatessen. The meat cutter then tells him he looks looks like “that guy from the movie Ghost” who betrays Patrick Swayze. (That would be actor Tony Goldwyn, who also co-starred on ABC’s “Scandal.”)

In NYC, guy cutting meat at deli looks up with confusion: “you freaked me out, I thought you were that guy from the movie Ghost”me: Patrick Swayze?him: “No, his friend that betrays him”— Tony Hawk (@tonyhawk) June 13, 2019

Last year, in Athens, Greece, he was yelled at for going directly to the bar instead of standing on line for drink tokens before being told: “I know you, but I don’t KNOW you,” and being asked if his name was Kelly.

In Athens, Greece at a Cure concert, walk up to bar to order drinks.Guy next to me: “you gotta get in the back of that long line to buy drink tokens”me: ok thankshim: hey, you’re American!me: I amhim: I know you but I don’t KNOW youme: It happenshim: is your name Kelly?— Tony Hawk (@tonyhawk) July 17, 2019

In June 2018, when a TSA agent looked at his ID, which bears his full legal name, Anthony, and reflected that “Tony Hawk’s my favorite skater,” Hawk responded, “I’ll tell him.”

To clarify: my legal name is AnthonyTSA agent checks my ID, looks at me, looks at ID, looks back at me quizzically and loudly says “Tony Hawk’s my favorite skater”Me: I’ll tell him.— Tony Hawk (@tonyhawk) June 21, 2018

Later that summer, a man at a grocery store asked “you ever get mistaken for Tony Hawk…or are you Tony Hawk?” to which Hawk was able to respond “both!”