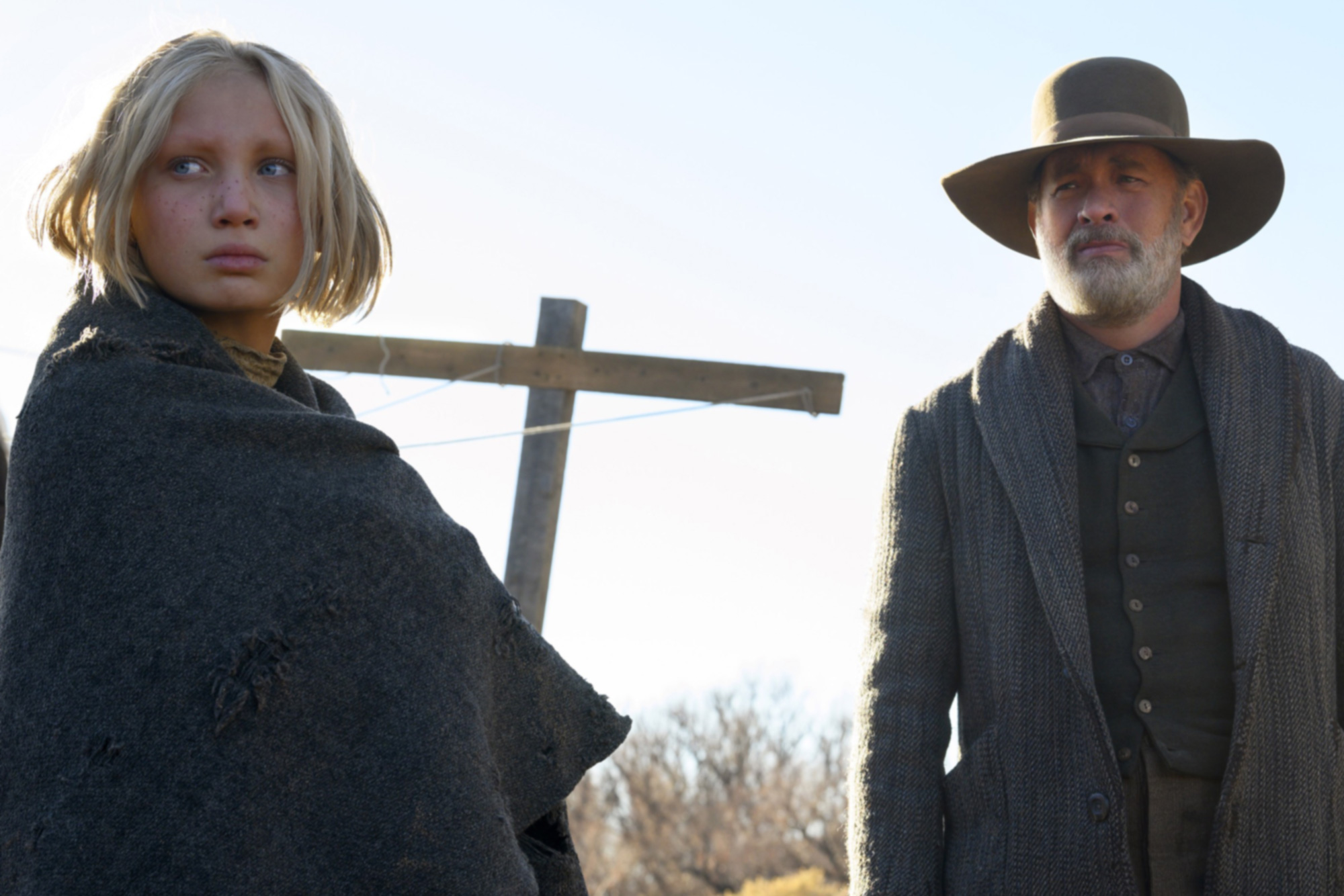 Netflix’s “News of the World,” a tear-jerking old-fashioned Western that began as a book, stars Tom Hanks. He’s playing a reporter anchorman, a widowed Civil War vet way long back in the 1870s who travels his territory delivering the word. It’s set before we stared at our palms, glared at our TVs or cared about streaming. Think maybe like Anderson Cooper going door to door.

Tom Hanks: “It takes place at Civil War’s end. We’re talking strife, anger, defeat. The movie’s about the exchange of information. In those days no pursuit was more noble than being a storyteller. He goes town to town bringing the news. En route he meets a kidnapped little girl whom he rescues, befriends and travels across hundreds of miles of Texas wasteland to return her to her family.”

This little girl, who’s set for more p.r. than Shirley Temple, is Germany’s 12-year-old breakout actress Helena Zengel. She says: “I’d never been to America. When I got here I started with Kiowa language lessons and learning the tradition.” And she’s already said how “I did not even know who was Tom Hanks.”

Not much said is how Hanks even helped this little girl. In scenes he wasn’t in, he’d stay off camera and simulate crying to help her react properly in a closeup. Not something a movie star with six Oscar nominations, two Oscar statuettes, Emmys, awards from Screen Actors Guild, Kennedy Center, Presidential Medal of Freedom, etc., etc. would usually do. In real life’s bye-bye bygone era, Hanks had been a bellboy. But now, as Alec Baldwin once told W magazine: “In the end, we’re all doing movies that Tom Hanks turned down. It’s Tom’s world. We just live in it.”

Excuse me, but I was up all night. Couldn’t sleep. Running through my head — for some inexplicable reason, if you can believe this — a poem I learned in grammar school. At the same age as this 12-year-old Helena Zengel. I’ve not once thought of it since. Suddenly applicable, I hereby reprise it:

The Antiseptic Baby and the Prophylactic PupWere playing in the garden when the Bunny gamboled up; They looked upon the Creature with a loathing undisguised; It wasn’t Disinfected and it wasn’t Sterilized.

They said it was a Microbe and a Hotbed of Disease; They steamed it in a vapor of a thousand-odd degrees; They froze it in a freezer that was cold as Banished HopeAnd washed it in permanganate with carbolated soap.

In sulphurated hydrogen they steeped its wiggly ears; They trimmed its frisky whiskers with a pair of hard-boiled shears; They donned their rubber mittens and they took it by the handAnd elected it a member of the Fumigated Band.

There’s not a Micrococcus in the garden where they play; They bathe in pure iodoform a dozen times a day; And each imbibes his rations from a Hygienic Cup —The Bunny and the Baby and the Prophylactic Pup.

Can’t light up ­theaters so now it’s big-time wattage both in front of and behind the cameras. ­Julia Roberts to star and produce Apple TV+’s “The Last Thing He Told Me” … Alicia Vikander to star and produce HBO’s “Irma Vep” … Kid Cudi to star and produce movie adaptation of the book “Real Life” … ­Taraji P. Henson to direct, star and produce the comedy “Two-Faced” … Nicolas Cage to host Netflix ­docuthing “History of Swear Words,” on your streaming thing now.

“Conceited? Please. He even has his X-rays retouched.”