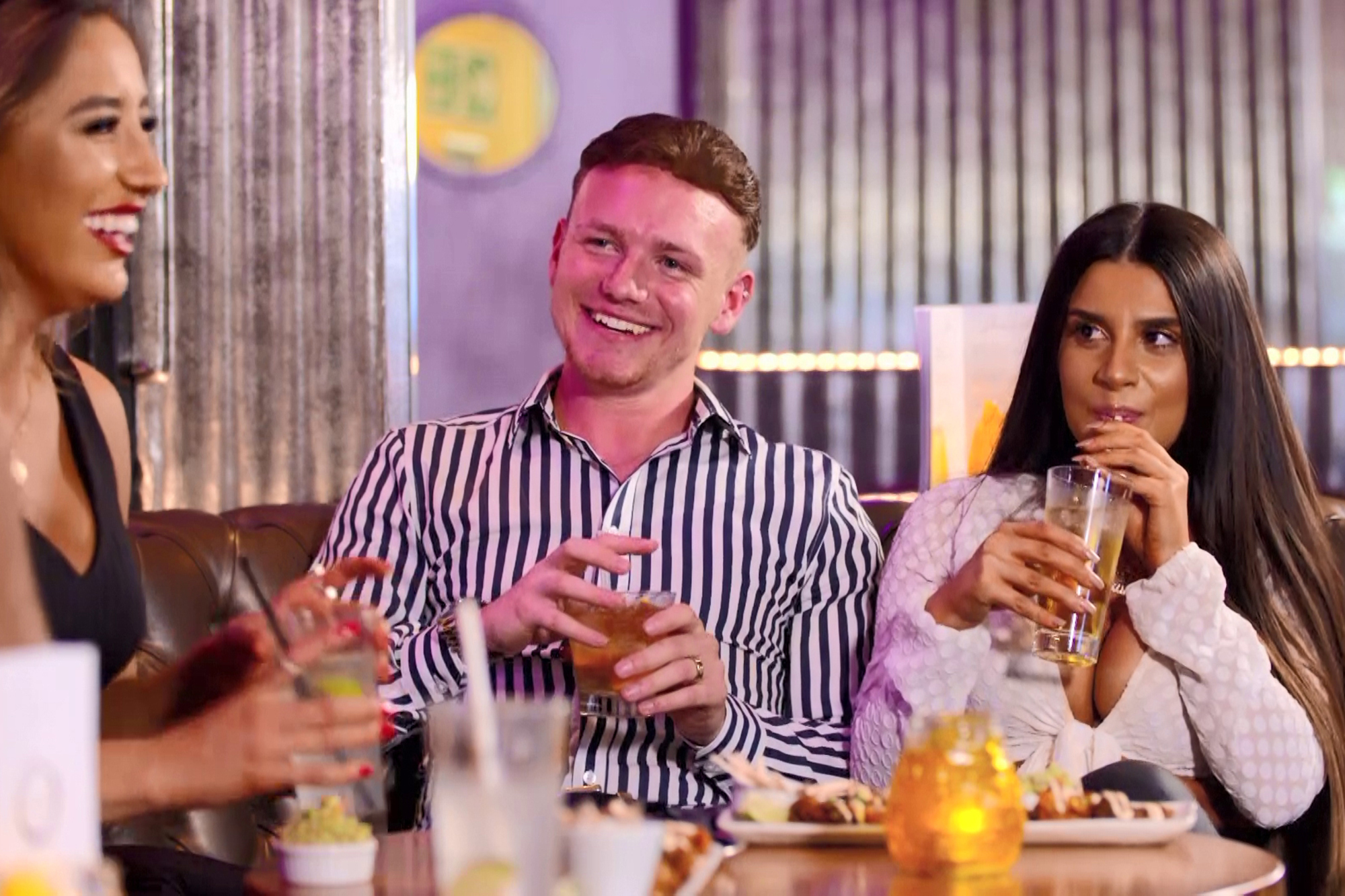 TV and entertainment have been more important than ever in 2020. While some shows have risen to the occasion (“Ted Lasso,”) others have missed the mark. The world of reality TV provided some inspired and downright bizarre offerings.

Here’s a rundown of some of this tumultuous year’s most outrageous unscripted shows.

Can you say “bad idea?” In this British dating series, couples who have been together for years break up and date other people in order to determine if they should split for good or get back together, now doubly confident in their choices (since they’ve seen the other fish in the sea). The show torments them with footage of their now-ex dating new people during this time. To nobody’s surprise, very few of the original couples ended up reconciling. Everyone on this series is a mess — albeit an entertaining one.

This sounds like a joke — or a fake show invented for “30 Rock” — but it was very real. Airing on short-lived mobile streamer Quibi and hosted by Titus Burgess, this insane cooking series followed chefs who had food shot into their faces via a cannon-like projectile. Tasting the dripping mess, they had to try to guess what dish had been thrown at them and cook it. They were judged not based on their actual skills in the kitchen, but on whether their guess was accurate.

Hosted by Olympic skier Lindsey Vonn — because sure, why not — this show followed dogs and their owners undergoing a series of competitions together in various exotic locales. It’s not quite an Animal Planet-style dog show or an “Amazing Race”-type competition show for humans — but a strange middle ground.

A cutthroat competition show involving…mild-mannered Brits and flowers. That’s the concept for this series. Hosted by comedian Vic Reeves and “What We Do in the Shadows” star Natasia Demetriou — who admitted to The Post that she knew nothing about the niche subject but it sounded fun — the show followed teams of gardeners who used the plants to make sculptures. The artistry was impressive and the show was strangely hypnotic to watch — with an emphasis on strange. “Flower Fight” might win the award for the most specific series about a hobby that you never knew existed.

Hosted by Sukanya Krishnan — who brought a brisk energy too competent for the concept — this pandemic-era dating series allowed the audience to be voyeurs on people’s virtual dates. It sounds simple enough, but the show also allowed people at home to vote on choices, kick potential dates off the video-chat at various points and add in new ones. Watching a screen with various dates popping on and off was pure chaos.

Forget about cheapening the practice of dating on reality shows — why not go further and tackle parenthood! Hosted by Kristin Davis (“Sex and the City”), this show followed former “Bachelor” contestant Kristy Katzmann (Season 11) as she auditioned a group of men to be her potential baby daddy. If you think this doesn’t sound like the best way to connect with a partner — especially for a lifelong commitment — you’re right. The exercise didn’t pan out for Kristy or any of the male contestants.

This deranged concept feels like it was the brainchild of pandemic-addled minds — even though, shockingly. it aired in February before the world changed. From has-been celebrity hosts (Nick and Vanessa Lachey) to a central idea that almost immediately falls into disaster (people date sight-unseen and then meet and rush into marriage), this show had all the beats of a memorably batty reality series. It’s been renewed for two more seasons.