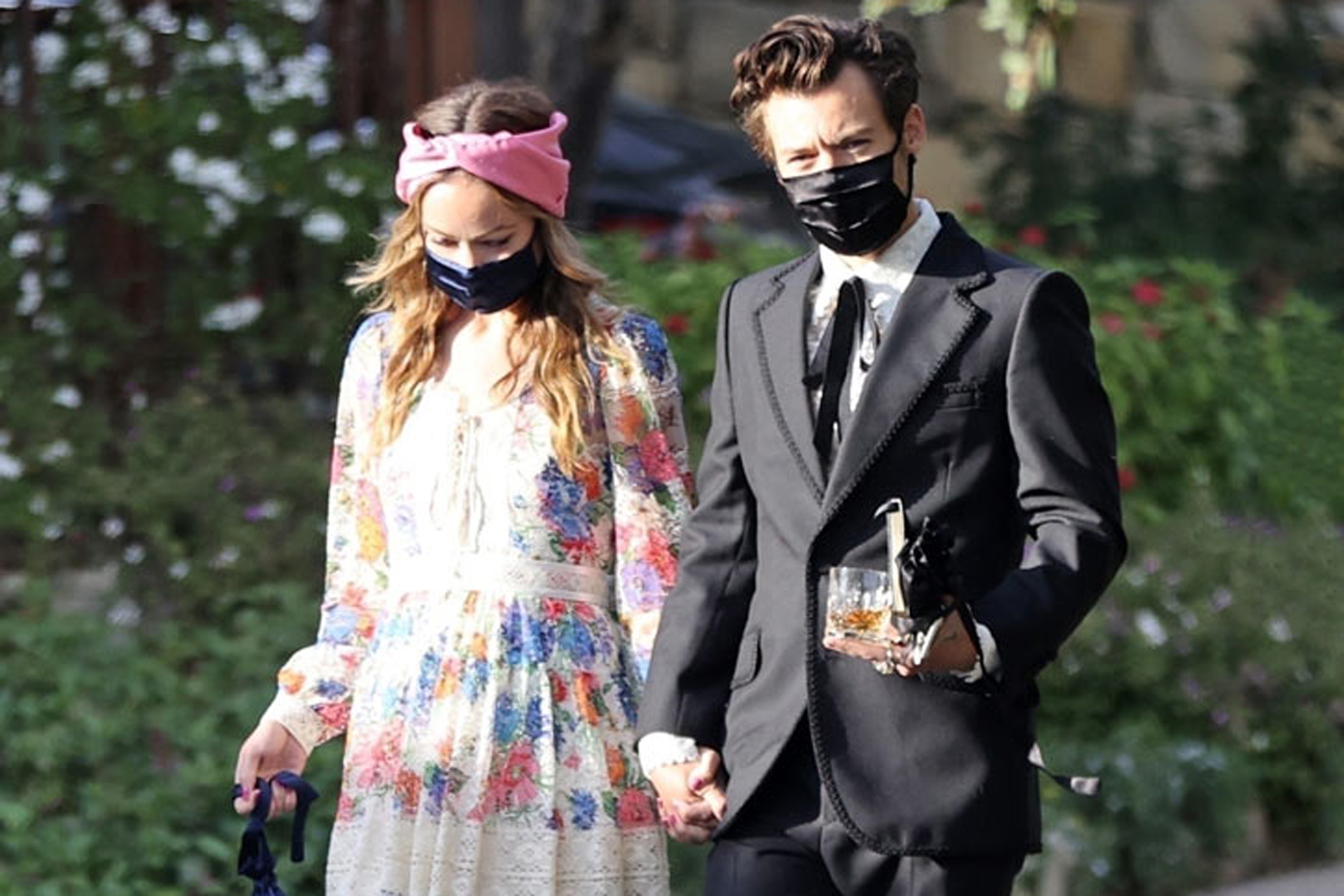 Photos of new couple Harry Styles and Olivia Wilde rocked the internet this week when they took their love public at a friend’s wedding.

As Page Six exclusively revealed on Monday, the 26-year-old singer and 36-year-old director — who was previously engaged to Jason Sudeikis — are dating and have been for some time after meeting on set of their movie “Don’t Worry Darling.”

And now that their romance is out in the open, their fans have a lot to say.

Here are some of the best reactions social media has had following the news of the new couple.

Several people were in mourning after hearing that the “Treat People With Kindness” singer was off the market.

Others were in complete denial, despite Page Six’s source confirming that they were indeed together.

They specifically slammed the notion that they were dating just because of some hand-holding.

🚨| BREAKING NEWS: Harry Styles and Niall Horan held hands at their band’s concert. They are together and are expecting their second child. Do you think it’s gonna be a girl or a boy? pic.twitter.com/aevpYDMmIB— Mercia ²⁸ (@lonelyhazza) January 5, 2021

Others noted that the couple has a 10-year age gap. Styles has a history of dating older women.

Olivia Wilde and Harry Styles are together, which got me thinking.. maybe my future husband is 10 years younger. Good luck on your high school tests, babe! 🥺😍— Shannon G 💫 (@SoShameonMeow) January 4, 2021

Those less jealous expressed their happiness for the pair.

Some made memes likening Styles to Misha Barton, whom Wilde acted alongside on “The O.C.”

Either way, it appears Styles stans just want to be a part of his life …

I want to have a three way with Harry Styles and Olivia Wilde.— Daniel De La Rosa (@theekaratekid) January 5, 2021

… and potentially his new relationship with Wilde.

KUWTK: Khloe Kardashian And Tristan Thompson Engaged? – Insider Explains Why That Makes No Sense!
People Are Calling Salma Hayek, 54, The Most Beautiful Woman In The World After She Posted This Bathing Suit Photo
Comment