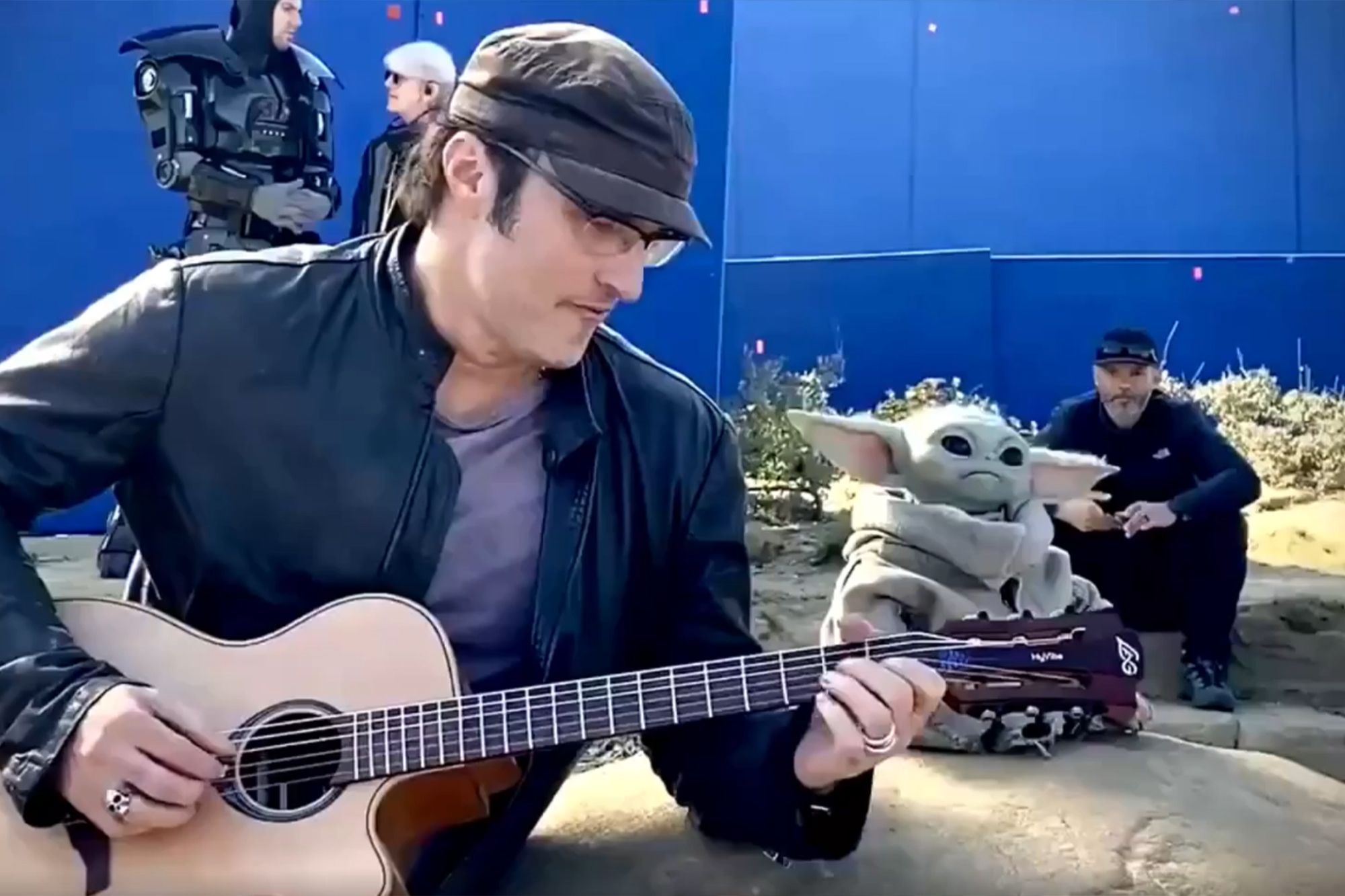 The pint-size superstar of “The Mandalorian” showed off his rhythm in a Christmas video, dancing with director Robert Rodriguez on the set of the Disney+ show.

The filmmaker, 52, shared the groovy Grogu video to Twitter Friday as he strums on a guitar — much to Baby Yoda’s delight — while sitting in the Tython Temple’s “seeing stone.”

“Here’s a Christmas present to all those who asked me what it’s like to hang out with Baby Yoda on the set of #TheMandalorian #TheTragedy,” he wrote.

But, of course, Twitter is already having a field day, remixing Baby Yoda’s head-bopping dance moves to other popular songs, including Britney Spears’ “Work Bitch.”

And the Child also got the “WAP” treatment, as one Twitter user dubbed the little green guy to Cardi B and Megan Thee Stallion’s smash hit. The same fan even set the video to Lil Nas X’s “Old Town Road,” as well as Toto’s “Africa.”

Rodriguez, who is best known for movies like “From Dusk Till Dawn” and “Sin City,” directed Season 2 episode “Chapter 14: The Tragedy,” which aired on Disney+ in early December and saw Din Djarin in a face-off with bounty hunter Boba Fett. The director will work with “Mandalorian” showrunner Jon Favreau on “The Book of Boba Fett,” which was announced during the season finale.

Season 3 of “The Mandalorian” is slated to premiere in December 2021.