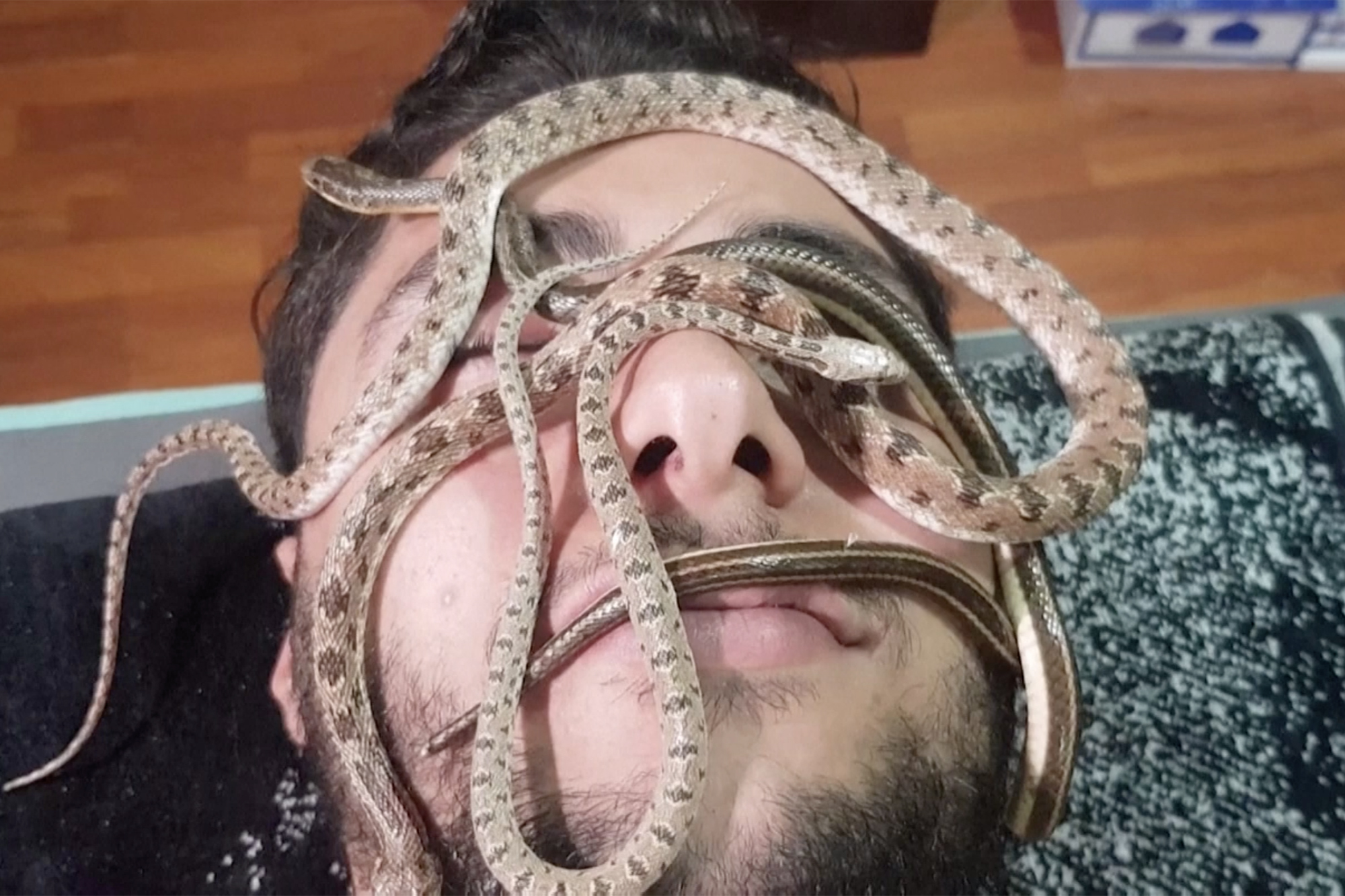 People in desperate need of pain relief are willing to let carnivorous reptiles slither all over their bodies — and faces — at a small spa in Cairo.

As soothing music pumps through the sound system, masseurs rub oil on clients’ backs — before introducing a combination of pythons or around 28 different types of non-venomous snakes in the adrenaline-fueled 30-minute session.

“The use of snakes is a type of massage, and it has two aims, physical and emotional,” Sedki told Reuters in the video footage captured above. “The physical aim is to improve blood circulation and mental stimulation and the emotional aim is that it releases endorphins that help with the ‘happy hormone’ that helps people regain confidence and strengthen the immune system.”

After first gaining popularity across Asia, particularly in Indonesia and the Philippines, these supposedly soothing snake-skin sessions expanded into other countries including Brazil, Russia, Israel and the US, the Sun reported.

Sedki admitted it was not an easy sell for his Egyptian clientele in the beginning: “When we first introduced the session, a lot of people were afraid, they said, ‘Snakes, how can you use snakes?!’ — but once we started explaining to people the benefits of this massage … the idea was accepted by a lot of people, especially those who have a phobia or fear of snakes.”

Customer Diaa Zein, who stumbled upon the slithering spa service while scrolling his social media, said he experienced a “sense of relief and rejuvenation” as soon as the critters were placed on his back.

“I was nervous at first [and] scared of snakes being on my body,” he said. ” But the fear, anxiety and tension was reduced and the session gave a sense of relaxation as the snakes went over my back and having them there boosted my self confidence.”

After Zein got used to the slithering on his back — he decided to get a facial. Reuters

The spa owner and customers say the massage gave them a boost of self-confidence as well as a feeling of total relaxation due to the unusual sensation of snakes on the skin.

Sedki said he started by offering the sessions for free to curious patrons — but he now charges around 100 Egyptian Pounds ($6.37) for a 20 or 30-minute session.

However, snake massage should not be used as a substitute for traditional medical care or doctor visits, Sedki warned.