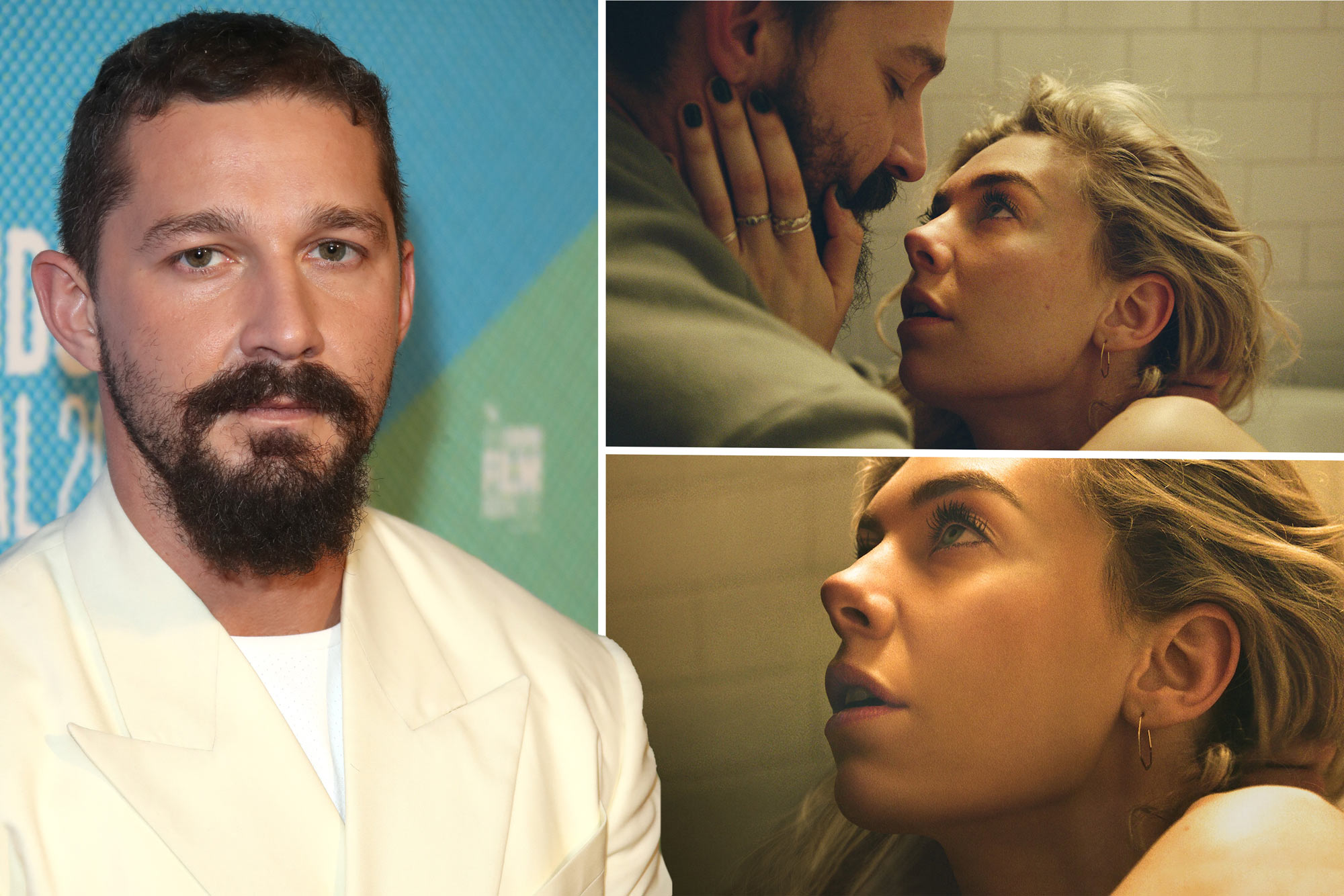 Shia LaBeouf has been whitewashed by Netflix in the ads for his new movie “Pieces of a Woman” amid a lawsuit from his ex, FKA Twigs.

The under-fire star, who’s been accused of abusing Twigs and other girlfriends, has a starring role in the Oscar front-runner that debuts on the streamer on Thursday.

He plays a grieving dad whose daughter dies in a tragic home birth, leaving his marriage on the brink.

His co-star, Vanessa Kirby, has already scored plaudits — including the best actress prize at the Venice Film Festival — and is a sure bet to be nominated for an Academy Award, alongside Ellen Burstyn, who plays her overbearing mom.

LaBeouf, who industry experts said could have been placed in the best supporting actor category, has already been scrubbed from Netflix’s award campaign.

And now, Netflix has removed him from its actual ads promoting the movie.

One ad on Twitter, promoted by the Netflix Film account, says: “Vanessa Kirby and Ellen Burstyn star in Pieces of a Woman, a story about a mother’s love and loss. On Netflix January 7.”

In an email to the New York Times, which broke the story, LaBeouf said: “I’m not in any position to tell anyone how my behavior made them feel. I have no excuses for my alcoholism or aggression, only rationalizations.” And, “I have been abusive to myself and everyone around me for years. I have a history of hurting the people closest to me. I’m ashamed of that history and am sorry to those I hurt. There is nothing else I can really say.”

However, of his ex’s claims of abuse, he also told the Times that “many of these allegations are not true.”

LaBeouf, now dating Margaret Qualley, is in talks with his advisers to enter rehab.

Netflix and reps for LaBeouf did not immediately comment.

People Are Calling Salma Hayek, 54, The Most Beautiful Woman In The World After She Posted This Bathing Suit Photo
Eddie Izzard Says He Believes JK Rowling Isn’t Transphobic
Comment