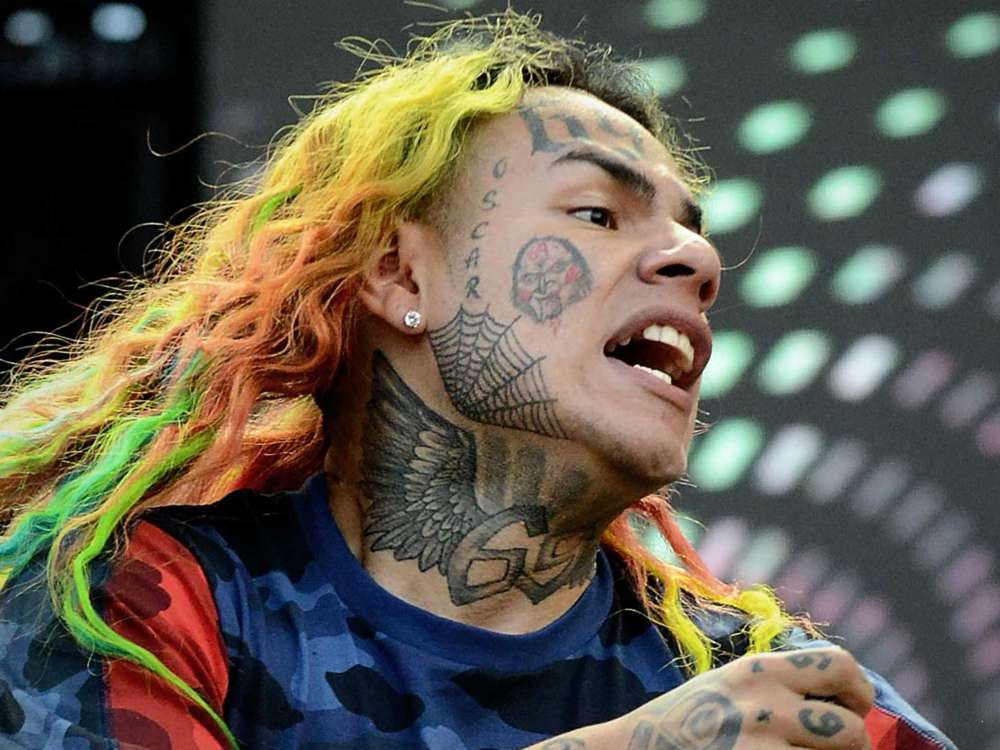 As most know, Tekashi 6ix9ine has been put on blast a lot over the last two years, especially after he first got out of prison. The rapper has since become a black sheep in the rap and black community, especially among his fellow artists.
Regardless of how one feels about Tekashi 6ix9ine, it’s clear he has been able to get a lot of attention and publicity, even if it didn’t always work out in his favor. These days, Mr. Hernandez has been a lot less active on social media – his platform for self-promotion.
Tekashi 6ix9ine Reportedly Laughed At The Death Of King Von »
Hot New Hip Hop reported this week that Tekashi 6ix9ine now has a batch of problems related to the mother of his child, Sara Molina. She spoke with the outlet, TMZ, in recent news about his poor parenting skills as a father.
Molina also explained how Tekashi 6i9ine hasn’t been around much at all, and she decided she won’t even let him see their child whether it was Christmas or not. Put simply, Molina has decided Tekashi 6ix9ine can’t walk into and out of her life whenever he chooses.
Tekashi 6ix9ine Jokes That He’s Surprised He Hasn’t Been Killed Yet »
The rapper has wasted too many opportunities to prove himself valuable as a father and as a parent. According to Molina, when Hernandez got out of prison, for example, he convinced her that he would change his ways once and for all, and it would all get better from there.
https://www.instagram.com/p/CHjJqUgFqDy/?hl=en
Tekashi 69 Baby Mama Sara Molina Defends Herself After Being Exposed For Hooking Up With Shotti — Former Associate Allegedly Plotted To Kill The Rapper! »
But Tekashi 6ix9ine wasn’t able to prove himself, and Sara has chosen to remove him from her life entirely. Additionally, Sara has accused Tekashi of failing to show up to their daughter’s birthday. It was the straw that broke the camel’s back.
In fact, things have gotten so bad in their small family that their daughter refers to Daniel as her “friend” rather than her father, simply because he isn’t around enough to establish himself as a dad. Tekashi 6ix9ine hasn’t said a word about the reports yet.
In other news, it was announced that 2 docu-series were coming out about the rapper, although, his manager said neither of them were authorized.
Advertisement