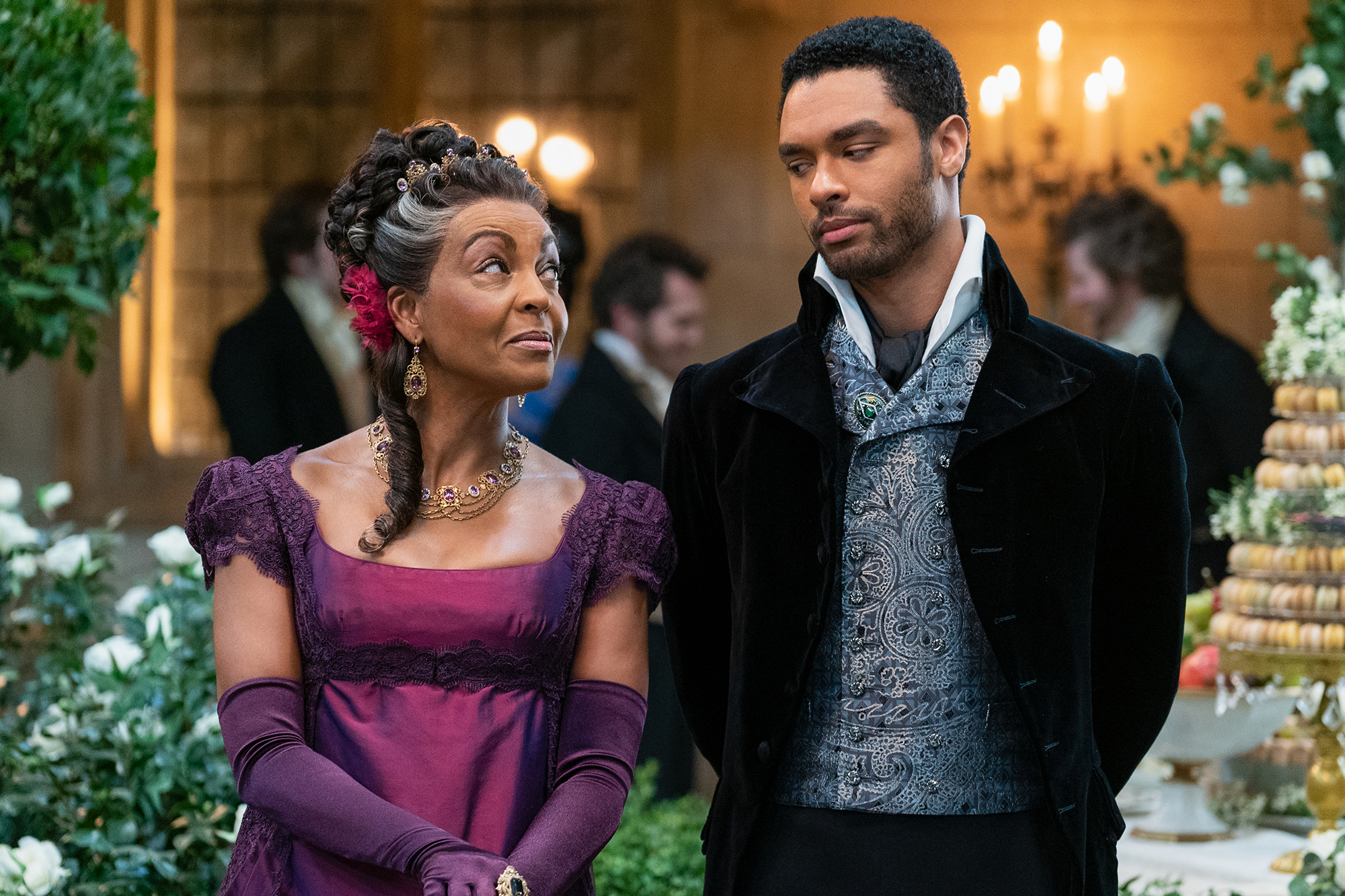 Swoon! Nothing like a good bodice-ripper to help fight against the winter cold.

Thanks to “Bridgerton” on Netflix, the romance novel is having a moment. Shonda Rhimes’ latest hit is based on a book series by Julia Quinn. It’s making a splash partly because it’s Rhimes’ first show for the streaming giant — and partly because it’s embracing a genre that doesn’t always get a lot of love in mainstream culture.

The pandemic is helping to change that, though, said romance-novel expert Carly Lane-Perry, 32.

“Right now, it’s been a really escapist genre for a lot of people, especially given the current state of the world,” Lane-Perry, author of the newsletter Kissing Books, told The Post.

“I can’t tell you how many people I’ve talked to that have said, ‘I started reading romance in 2020, and it got me through the year,’ ” she said. “The [genre’s] basic tenets are the central love story and the emotionally satisfying ending. And that’s so appealing to people. When everything is so uncertain and tumultuous, we want the comfort of a happy ending. There’s something kind of revolutionary in romance — in the fact that anybody can have a happy ending.”

According to Netflix, “Bridgerton” is the streamer’s fifth most-watched original series, hitting 63 million households in its first month. Set in the world of petticoats and balls in 1800s London, “Bridgerton” follows the genre guidelines that Lane-Perry refers to: although they face ups and downs along the way, ultimately the dashing Duke of Hastings (Regé-Jean Page) and ingénue Daphne Bridgerton (Phoebe Dynevor) get their happily ever after.

An ending where the couple rides off into the proverbial sunset is key. So although Hulu’s hit “Normal People” — set in contemporary Ireland and based on a best seller — is often categorized as literary fiction, its focus on a love story, and its somewhat “happy together” finale, makes it “romance-adjacent,” romance critic and podcaster Jen Prokop, 47, told The Post.

Other recent TV adaptations of swept-away sagas include “Outlander,” “Poldark,” “Sanditon,” “Virgin River,” “Sweet Magnolias” and “Dash & Lily.” With approximately 10,000 new titles published each year and tens of millions of sales, the billion-dollar romance industry dominates the book world alongside the thriller genre. But you might not know that from its lack of presence in pop culture before the burst of recent on-screen renditions.

Prokop sees a few reasons why the television world has been slow to take on these stories.

“Part of it is sex. It’s hard to put sex on-screen. Both ‘Bridgerton’ and ‘Normal People’ show that you can do that in ways that will still draw in a big audience,” said Prokop.

“I also think that there’s no happy endings in TV until the last season,” she said. “Is the genre requirement of ‘happily ever after’ at odds with TV’s need to create cliffhangers and keep people watching?

“What ‘Bridgerton’ shows us is that doesn’t have to be the case. If you have a complex universe full of people, you can create ‘happily ever after’ for one couple and keep other characters moving forward. I think it’s going to be a model for how we see romance series adapted in the future.”

Most of the recent shows in the genre come from streaming platforms such as Netflix or premium cable networks like Starz. The TV boom has gone hand-in-hand with the romance boom, too, Melody Carlisle, 33, co-host of the cheekily named romance podcast “Heaving Bosoms” told The Post.

“Before streaming, [networks] would ask the question, ‘Would this be universally consumed?’ So action and thrillers got a lot of adaptations. And that’s pure misogyny — that … something that men will like is considered ‘universal.’ But now there’s a lot more niche interests being represented, and romance is one of them. I think we’re also learning that romance is a lot more universally consumed than people would think. It’s roughly 25 percent of all fiction books sold.”

And while romance often gets accused of being formulaic, Prokop said that nobody holds that against formulaic shows in other genres such as “Law & Order.”

Fans say outdated perceptions of these melodramas are finally starting to shift, thanks to the success of “Bridgerton.”

“This genre has been maligned for a long time. But the appeal of ‘Bridgerton’ to everyone — my brother watched it; my mother watched it — is taking many people by surprise,” said Prokop.

“It’s not taking romance readers by surprise. We’ve always known that these are great stories with wide appeal, if people would just give them a chance.”

“Red, White & Royal Blue,” by Casey McQuiston This best-selling LGBTQ+ rom-com following the love between a British prince and an American president’s son is heading to Amazon (date unspecified).

“The Hating Game,” by Sally Thorne This workplace rom-com following rivals-turned-lovers will star Lucy Hale, slated for a 2021 release (no date yet).

“To All the Boys I’ve Loved Before: Always and Forever, Lara Jean,” by Jenny Han The third entry in the hit candy-sweet teen saga of Lara Jean Covey (Lana Condor) and Peter Kavinsky (Noah Centineo) is slated to hit Netflix at an unannounced date.

“44 Chapters About 4 Men: A Memoir,” by BB Easton This book about a woman comparing her husband to past lovers is being adapted into a Netflix series called “Sex/Life.”

“The Last Letter From Your Lover,” by Jojo Moyes Slated for a 2021 release, this period-piece tearjerker stars Shailene Woodley, Joe Alwyn and Felicity Jones and centers on star-crossed lovers in the 1960s.