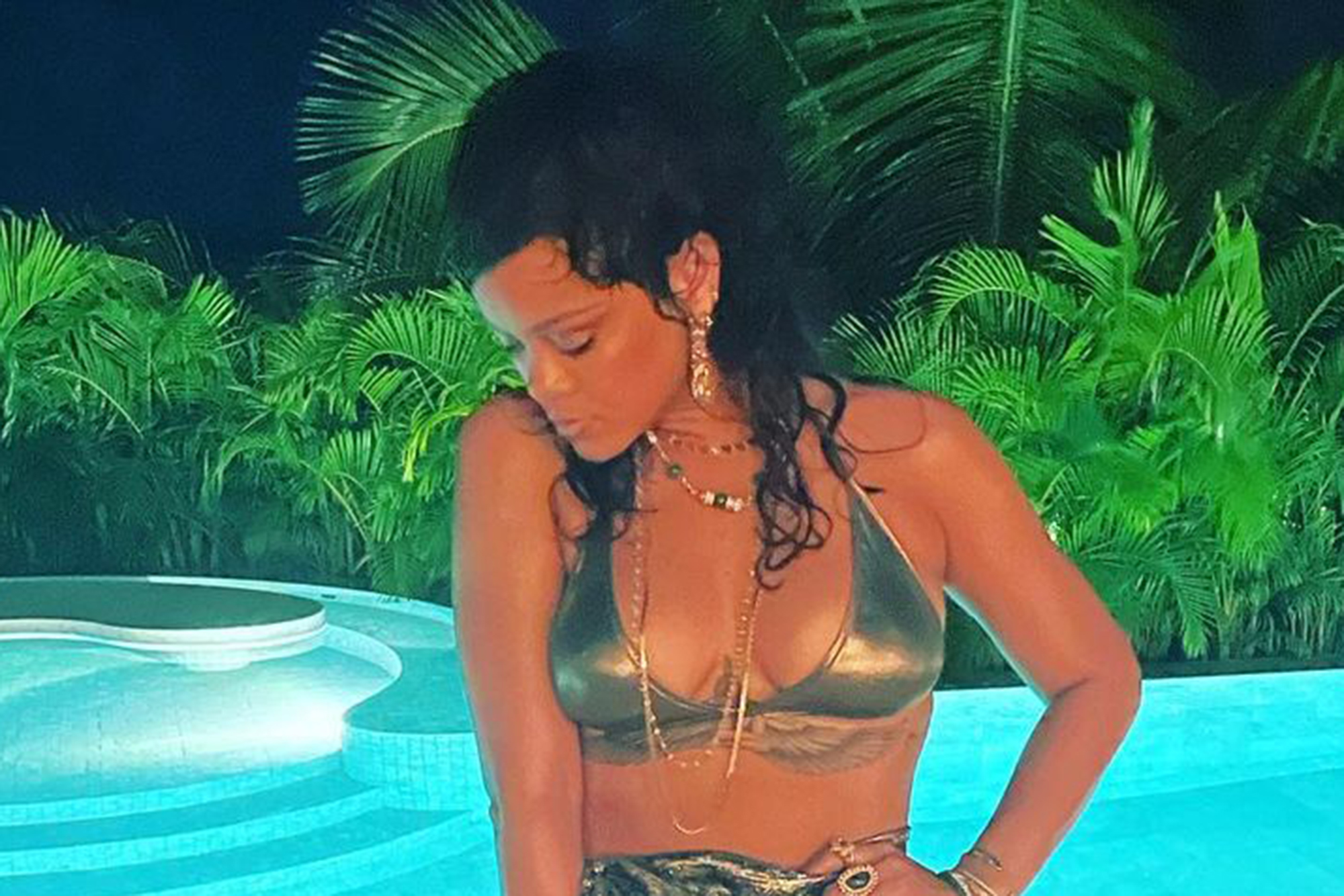 Rihanna is wearing her heart on her heels.

The 32-year-old singer kicked off 2021 in a metallic bikini top and skirt, paired with lace-up gladiator heels designed by her on-again beau A$AP Rocky.

It appears the rumored couple think alike when it comes to creating collections; the Fenty mogul previously collaborated on two footwear lines with Muaddi.

Muaddi’s designs are a celebrity favorite, with Kendall Jenner, Hailey Baldwin and Demi Lovato also stepping out in her show-stopping shoes, which are known for a comfortable and chic triangular heel design.

While fans flooded Rihanna’s post with compliments, many also used the sexy snap as another opportunity to beg the singer for a new album, which she originally promised in 2019.

“Resolution should be releasing the album,” wrote one, to which the star clapped back: “this comment is sooo 2019. grow up.”

It remains to be seen whether having love on the brain will inspire the singer to release her first album since 2016. Rihanna and A$AP Rocky first sparked dating rumors following the “Diamonds” singer’s breakup with billionaire Hassan Jameel last January. The pair starred in a Fenty Skin ad campaign to announce the new skincare line in July and enjoyed a night out in New York in November.