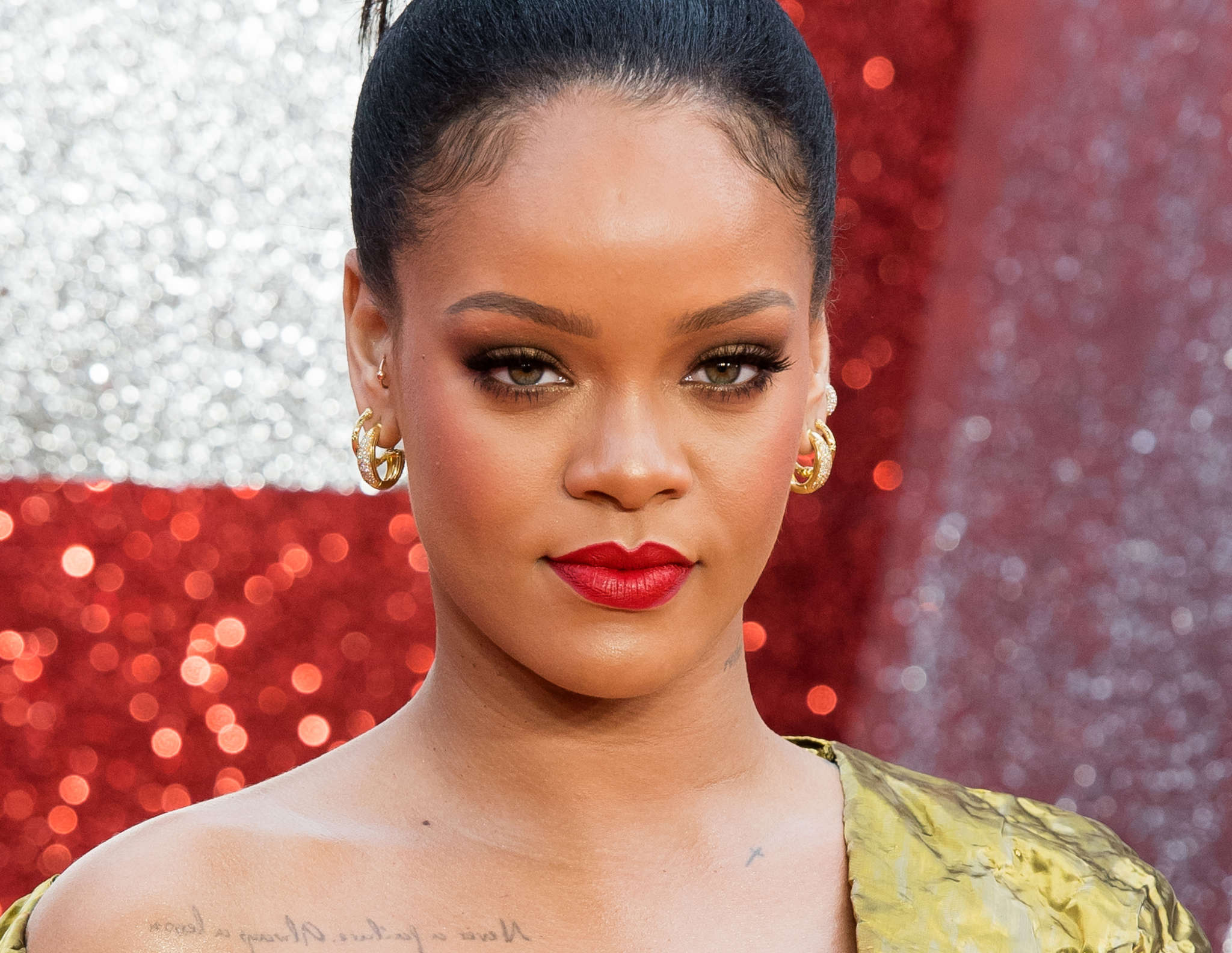 The singer and businesswoman took to her platform to share a couple of photos in which she was rocking a metallic gold outfit and she looked stunning! Rihanna celebrated New Year’s Eve in her native Barbados and she dressed for the occasion!
Furthermore, the artist also shared her New Year’s Resolution in the caption but her reveal was rather ambiguous so the fans were left wondering what exactly she meant!
As it turns out, she is determined to ‘put the pressure’ in 2021 and her millions of followers will have to wait and see what exactly that means for her.
Regardless of the confusing caption, fans focused on her stunning golden outfit and flooded the comment section with compliments and the whole thing was just filled with fire and heart emojis.
Rihanna was wearing a metalic ensemble that featured a bathing suit top and matching high-waisted skirt.
As for the accessories, she sported a pair of heels that had laces running up her legs.
‘New year’s resolution: apply the pressure,’ the vague caption reads.

Could it be about her career? Or maybe about her personal life?
Some fans guessed the latter since she’s been making headlines over her new romance with A$AP Rocky lately.
The artists have been friends for a long time but only recently they crossed the line into romance.
And sure enough, he celebrated New Year’s with her in Barbados!
A couple of days after Christmas, the two were seen having fun with pals on a boat and they even packed some PDA!
One source previously told HollywoodLife that Rihanna being so open about their relationship proves she’s really happy with him.
Advertisement

Besides, ‘Rihanna is all about family so the fact that she invited him [to Barbados] is very meaningful. Her friends are taking it as a sign that she is getting serious with him.’

Rapper LilTJay Arrested For Guns And Drugs On NYE
Nicki Minaj Says She Was Calm But Husband Kenneth Petty Was ‘Really Scared’ When Her Water Broke!
Comment