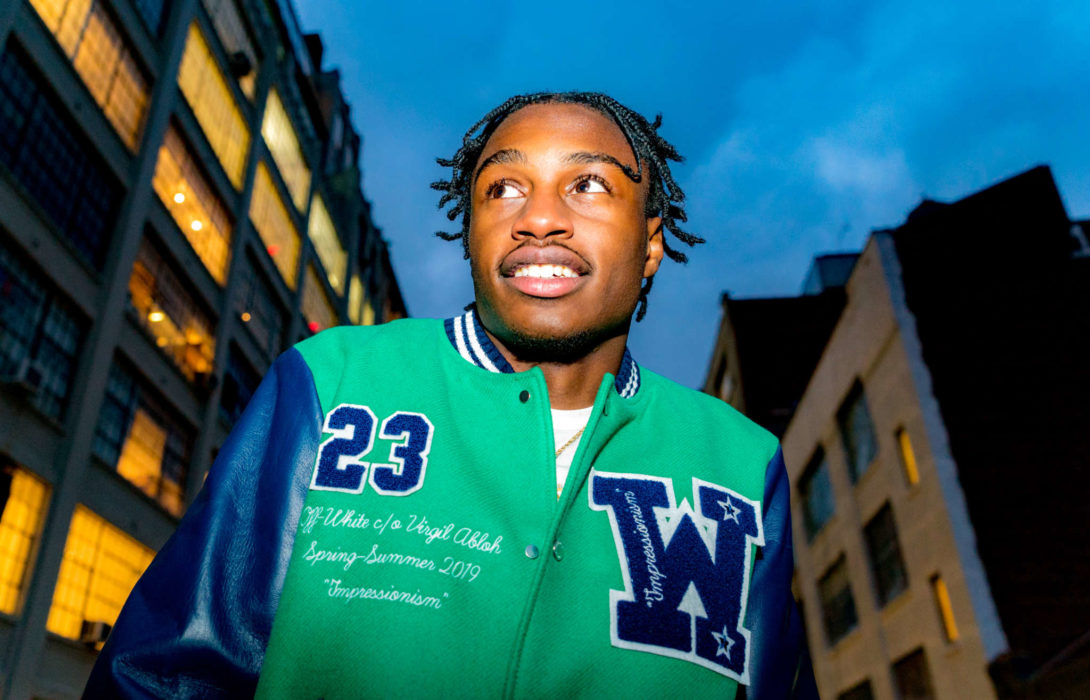 New Year’s Eve is easily the biggest celebration of the year, perhaps even all around the world as well. As a result, it’s not uncommon for people to get themselves into trouble during the final day of the year, and Lil TJay – apparently –  is just one of these people.
Hot New Hip Hop reported this week that Lil TJay – who already dealt with the police in recent weeks – was searched yet again and then detained for gun and weed possession. Furthermore, Lil TJay was in the headlines again earlier this year when he showed off a music video that was surrounded by authorities.
According to Hot New Hip Hop, regarding his music video debacle, the New York Police Department conducted a search on the young star and they didn’t find anything. As a result, he was able to go but just a few days later TMZ claims he was arrested on gun possession charges.
The outlet says the rapper is now up against a number of charges, including grand larceny, criminal possession of a weapon, and marijuana possession. As for what happened, Lil TJay was in a vehicle with four other people when authorities pulled them over for not using a turn signal while merging into another lane.
https://www.instagram.com/p/CJcVWEdDmwK/
When the police stopped them and walked up to the vehicle, they smelled weed coming from the car, so they searched it and then found multiple handguns and marijuana. Reportedly, nobody in the party chose to take ownership of the guns or marijuana, so they were all charged with a crime.
This wouldn’t be the first time this year that a rapper found himself in the headlines for alleged illegal behavior. Casanova was in the media after it was claimed that he and his friends were involved in a years-long scheme in which they robbed people of their credit card information.
Advertisement

The band of individuals supposedly used illegally obtained funds to pay for a luxurious lifestyle. Authorities pressed charges against many members of the social circle, including Casanova, himself.