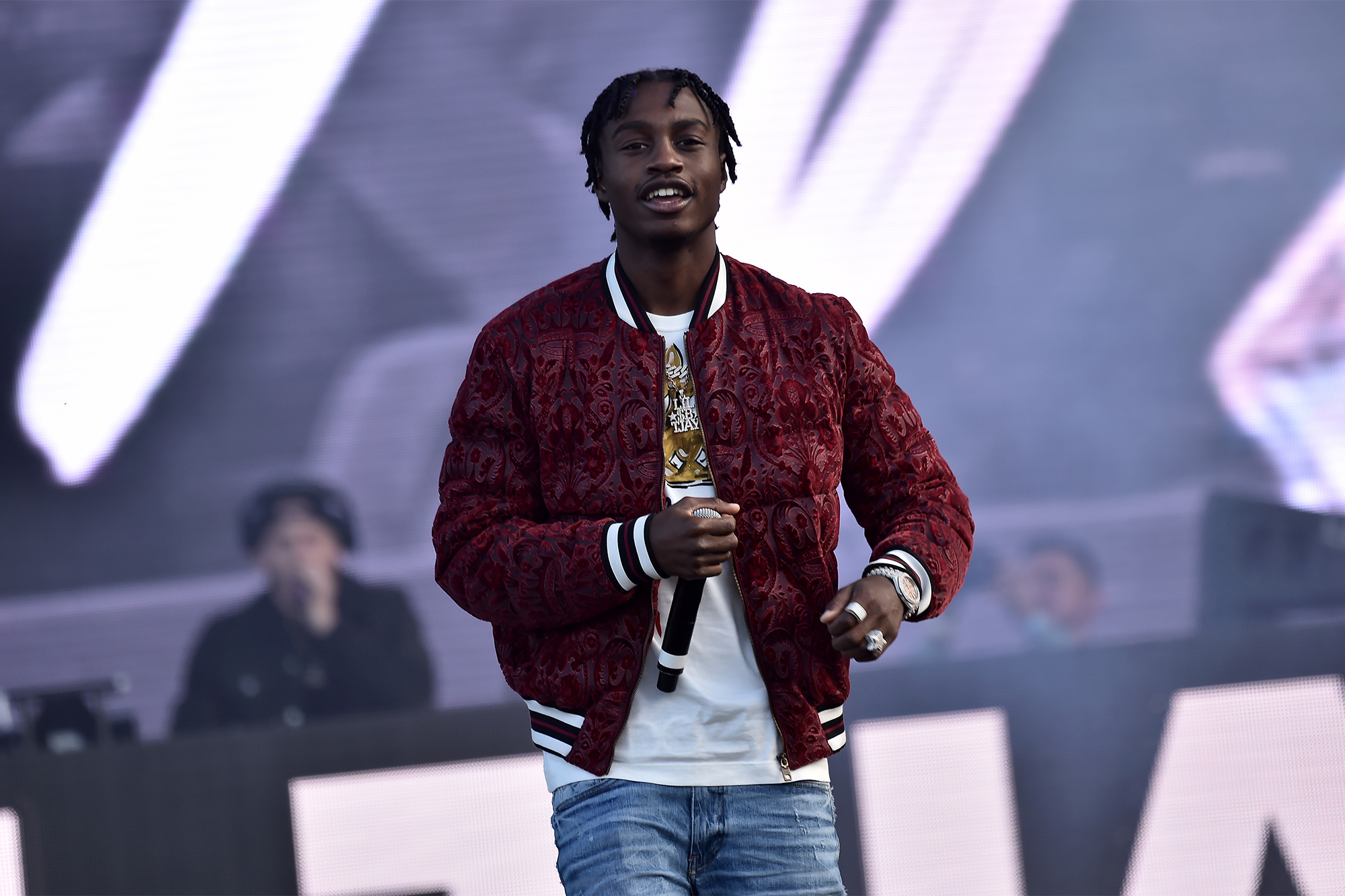 Rapper Lil Tjay was collared in Brooklyn Wednesday after a Cadillac Escalade he was riding in was pulled over — and cops found a cache of guns, court records show.

The 19-year-old artist, whose given name is Tione Merritt, was in the black SUV with four others when cops stopped the car in East New York after the driver allegedly failed to signal when switching lanes, according to the criminal complaint.

Inside the Cadillac, cops found four loaded pistols — a black Ruger, a black Taurus, a tan Sig Sauer and a black and tan Smith & Wesson — which were stashed under a cup holder in the third row, court papers allege. The Smith & Wesson was reported stolen by the Columbia Police Department in South Carolina, according to the complaint.

Police found a backpack behind the front passenger seat filled with marijuana, the papers say.

Earlier this week, NYPD officers swarmed the set of his music video shoot in Queens in response to a 911 call of disorderly conduct — but he wasn’t arrested, according to TMZ.

“They’re targeting Lil Tjay for this arrest based on the incident that happened a few days ago when they illegally searched him and the vehicle he was in at his video shoot,” said his defense lawyer Dawn Florio.

Lil Tjay was called a Hip Hop heartthrob by the music publication Pitchfork. His debut album, “True 2 Myself” peaked at No. 5 on the US Billboard 200.