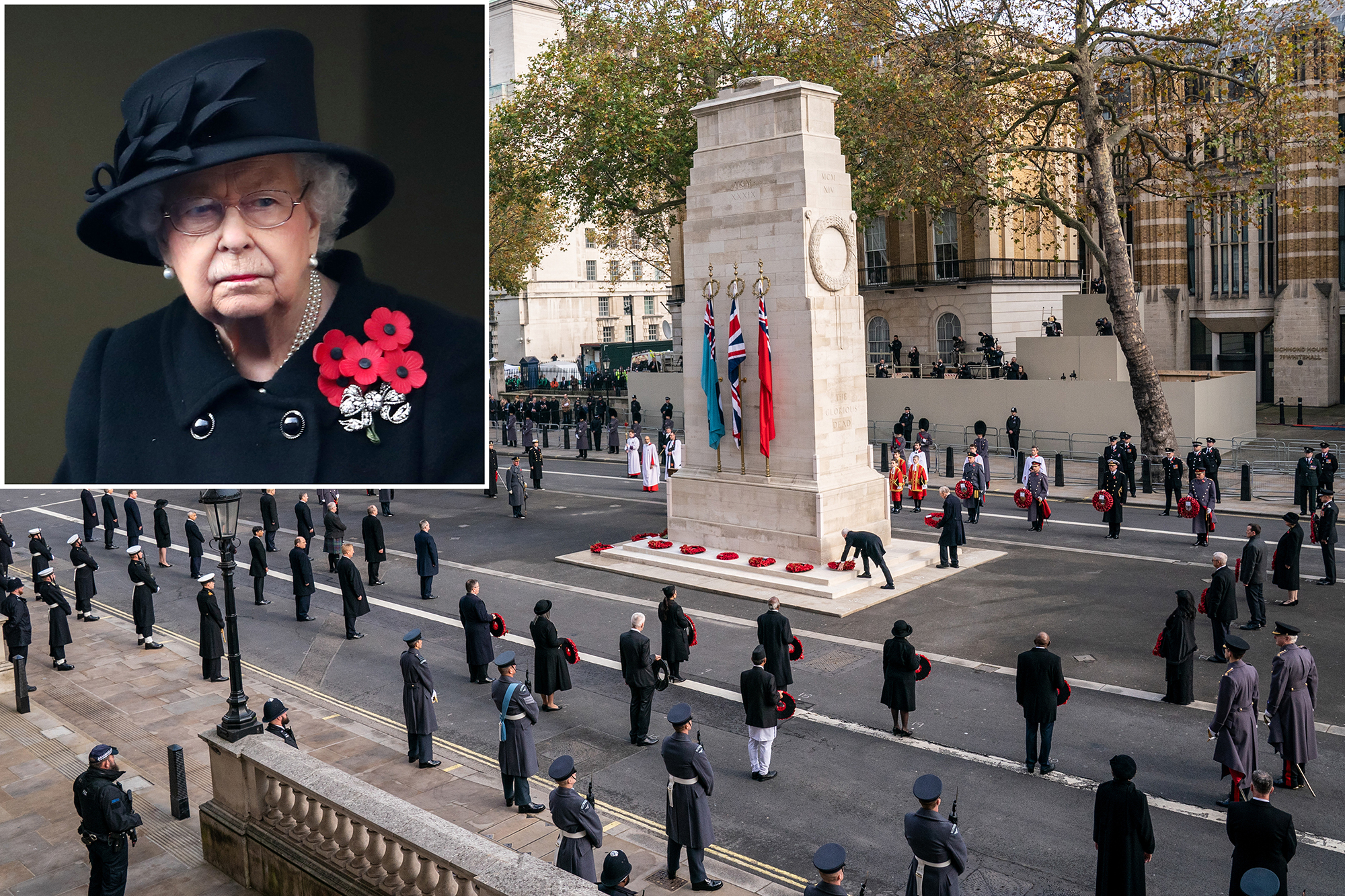 If Prince Harry and Meghan Markle ever thought they could re-enter royal life or straddle the awkward line between using their titles to shill products while being “private” citizens – they got another thing coming!

A new report this week claims the Queen herself nixed Harry’s request to have a wreath lain for him during the Remembrance Day ceremonies last month – and it took her just “two seconds” to make up her mind.

Instead, Harry and Meghan orchestrated an awkward photo shoot laying flowers alone at Los Angeles National Cemetery, in what was viewed mostly as publicity stunt.

The original story surrounding this sad spectacle was that palace officials had made the decision to exclude Harry without discussing it with the Queen, but the Daily Mail now reports, not only did she know, she rejected his request personally and quickly.

“Remembrance Sunday is sacrosanct when it comes to Her Majesty’s diary,” a source told the paper. “It’s one of the most important dates in her calendar and nothing is done without her knowledge. People were suggesting the Palace’s reaction to what Harry asked was petty. But it was the Queen’s decision. And what’s more, she actually had very strong views on the subject.”

Another source confirmed this account to the Mail and added: “While she has enormous admiration for Harry’s achievements both in and out of the military, this was seen as an example of his lack of understanding at what it means for him to be a non-working royal. The Queen is very firmly of the opinion that you can’t pick and choose what you do when it comes to the institution. Either you are in — or you are out.”

“Harry was told very clearly in January by his grandmother that ‘you work for the monarchy, the monarchy doesn’t work for you’,” a sourced told the Daily Mail. “If you can’t accept that, then you need to walk away. Her Majesty was remarkably clear and decisive on that point and has never deviated from it, not once. I think what has evolved this year across the Atlantic has only served to prove her point.”

Since leaving England for a $14 million Montecito compound, the ambitious couple have inked deal with Netflix and Spotify worth $130 million

“The deals they have done since moving to California clearly show the truth of it: they simply had ambitions that were completely incompatible with being members of the Royal Family” an insider told the paper. “It was their choice to leave and seek their fortunes elsewhere. No one exiled them. Indeed, the Queen made clear she didn’t want Harry and Meghan to go and that they are still very much-loved members of her family and have her support.

“Harry and Meghan are clearly where they want to be, and good luck to them. But their subsequent career choices have scuppered any chance of retaining even a quasi-official royal role.”

But the couple, while leaving the royal family still seem to want to trade on the connections and their rank as Duke and Duchess – and Prince and Princess.

“The Queen knows you can’t have a working member of the Royal Family also being paid millions of pounds by Spotify to tell people to ‘swipe and follow’ their podcast, or encouraging consumers to buy a certain brand of coffee. The two are simply incompatible,” the source said referring to Meghan’s recent push into investing.

Last month, Markle announced she had started investing in businesses — with her first investment in women-led coffee business Clevr Blends, gifting a package of the lattes to neighbor and friend Oprah Winfrey, who then promoted the coffee to her 19.2 million Instagram followers with a crown emoji.

Now, there likelihood a role for the royals in the future is ‘dead in the water’,” sources tell the Mail, with one adding: “It’s solely down to the choices they have made. There is no anger or animosity [on behalf of the Royal Family]. But every commercial deal that has been done by the Sussexes has been a nail in the coffin of any kind of return to royal life.”

Another source said: “To come back would mean they would have to undo all the commercial tie-ups they have already done, and clearly Harry and Meghan don’t want to do that. That is absolutely their choice and the Queen has agreed they can pursue these new careers.”

And while the couple will maintain their titles, Harry will never get his military roles he loved so much back.