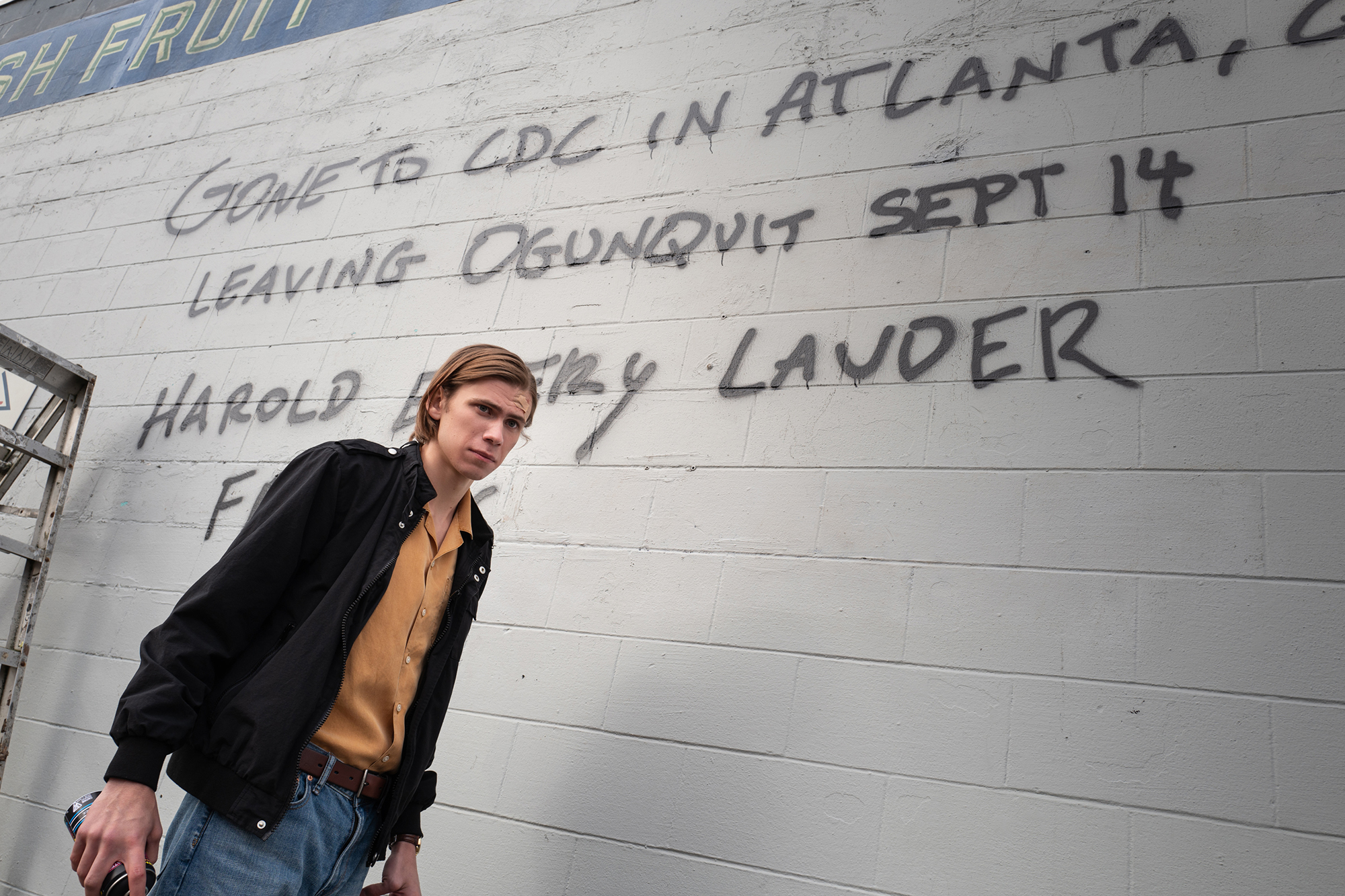 Owen Teague plays creepy Harold Lauder in “The Stand,” an adaptation of Stephen King’s 1978 thriller about a global plague and the battle between good and evil. The nine-episode series co-stars James Marsden, Odessa Young, Whoopi Goldberg and Alexander Skarsgard.

Teague is no stranger to King’s eerie universe, having played Patrick Hockstetter in the 2017 movie “It” and its 2019 follow-up, “It Chapter Two.” He’s also appeared in “Black Mirror” (in the episode directed by Jodie Foster and “Locke and Key” and played Nolan Rayburn in the Netflix series “Bloodline.”

In “The Stand,” Teague’s Harold grows jealous of Stu’s (Marsden) relationship with his crush, Fran (Young), who chooses Stu over him — and eventually transforms into a villain.

The Florida native, 22, answered some questions about his portrayal of Harold in the CBS All Access series.

Did your roles in “It” and “It Chapter Two” prepare you for the internal world of “The Stand”?

This was something completely different. In the “It” movies, I was playing a true psychopath — someone with no capacity for empathy and no real concept of life outside his own head. Patrick was a complete solipsist. To him, only he existed. Harold is the opposite of that. He’s definitely messed up and exhibits sociopathic tendencies, but he’s very aware of the world around him and the feelings of the “others.” Especially those feelings in relation to him. His worldview is incredibly self-centered, but he’s got the ability for empathy. It’s just easier for him to retreat into his own hatred than to let that empathy have a voice in his head.

Did you watch Corin Nemec, who played Harold in the 1994 version of “The Stand”?

I didn’t. From the moment Josh [Boone, who developed the series] brought me on, I knew what I wanted to do with the character. The book was my main influence, that and the research I did prior to shooting, in terms of incels [“involuntary celibates”] and Harold’s philosophy. I had been a huge fan of the book even before I heard Josh was adapting it, and the way King wrote Harold is so rich and specific that I knew I really just wanted to bring that to life as best I could. I actually watched the 1994 miniseries only after I wrapped the show.

Is there one particular trait in Harold that appealed to you as an actor?

I mean, the character as a whole is the most fascinating to me in nearly all of King’s writing, but I think it’s the split of light and dark in Harold that really got me. He knows he has the ability to shed this old life of hate and resentment and pain, and he desperately wants to but just can’t. It’s too scary. One thing that always stood out to me in the book is when Frannie says “knowing what I know now, I would probably pick Harold to be friends with instead of Amy” (Harold’s better-loved sister). Harold, I think, could be a really cool person, if he were able to leave his insecurities and resentments behind. If you put a group of people on a scale, in terms of value as human beings, Harold will always see himself as the lowest point — but there’s the really interesting bit with Harold, because he sees himself as the highest point too. There’s a simultaneous self-hatred and self-aggrandizement. And a simultaneous capacity for terrible, dark things but also kindness and good. It’s just that it’s so much safer for him to give into this shield he’s had his whole life of the darkness. Even when presented with the opportunity to change, he runs back to his comfort. Those paradoxes really attracted me, as well as just the sheer fun factor you can have with a character like Harold, who’s so theatrical and unhinged.

Is there an actor you admire, and why?

I’ve always loved Andy Serkis. I don’t hear people talk about him as an “actor” a lot because he does so much with motion capture and non-human roles, but that’s what makes him so great. He’s able to communicate so much with just his body and eyes (and voice, often completely changed from his day-to-day speech), and make inhuman creatures feel human. He makes us understand beings so different from us, and I love that.