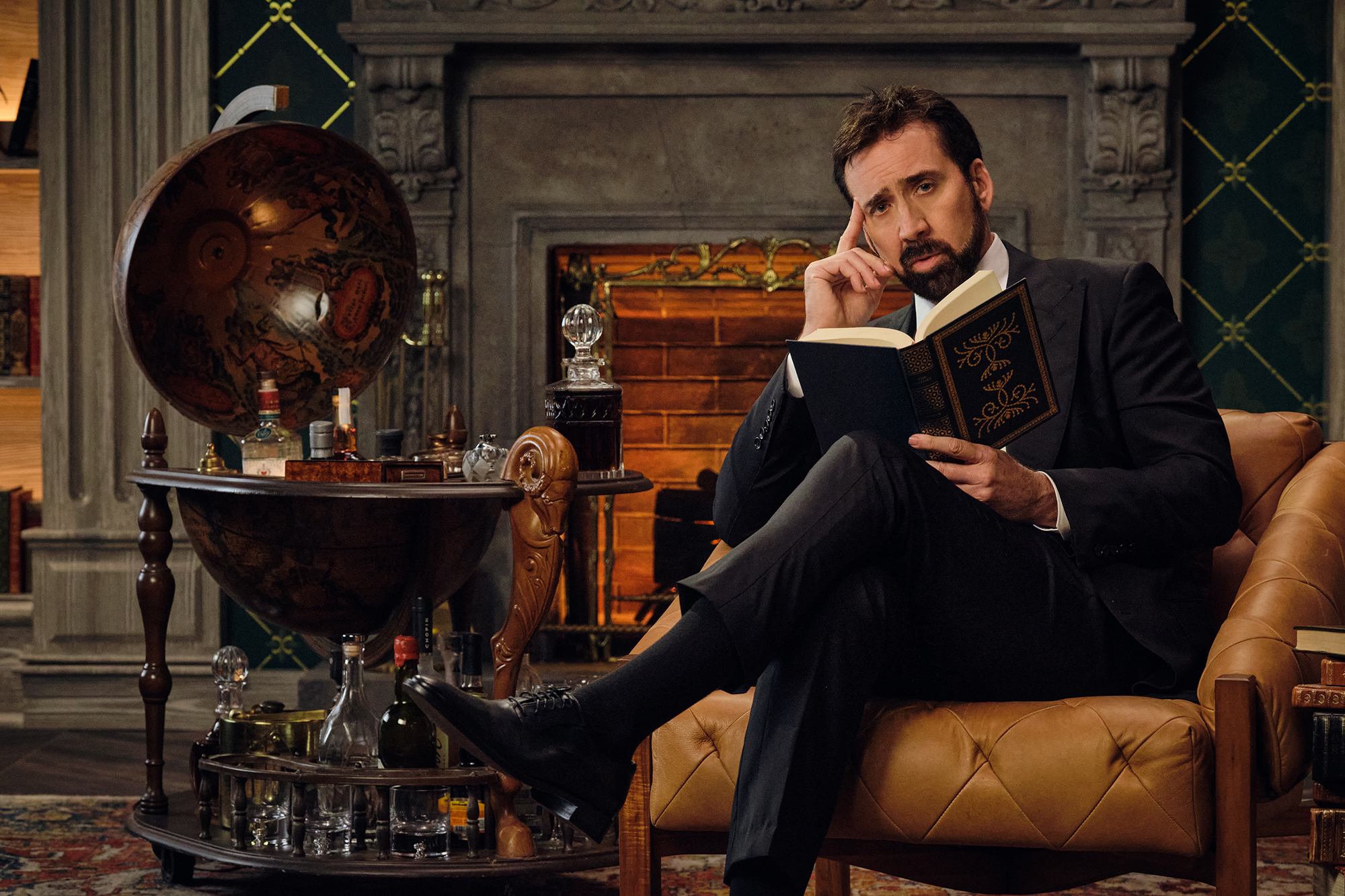 Premiering Tuesday, Jan. 5, and hosted by Nicolas Cage, the new Netflix series “History of Swear Words” takes a deep dive into the roots of taboo words, such as “f–k” and “s–t,” as well as rude euphemisms like “dick.”

And while it’s educational, the six-episode show is also funny, with academics, historians and comedians, such as Nick Offerman and Sarah Silverman, weighing in.

“While I was getting my Ph.D. in English literature, I noticed that what counts as ‘bad language’ in medieval texts is very different from what we consider it to be today,” Melissa Mohr, who appears in the show and is the author of “Holy Sh*t: A Brief History of Swearing,” told The Post.

“I wanted to find out why ‘by the blood of Christ’ was completely offensive in the Middle Ages, while ‘c–t’ wasn’t,” she said. “I find the phenomenon of swearing fascinating in general — why English speakers kind of agree to get offended by certain words while other words that denote the same thing are totally fine.”

Risk-averse movie censors almost didn’t let Clark Gable deliver Rhett Butler’s famous parting line in “Gone With the Wind” — “Frankly, my dear, I don’t give a damn” — as Cage explains in an episode dedicated to the word. (He also hams it up by delivering some of the suggested alternatives, including “Frankly my dear, I don’t give a hoot.”) Now considered to be among the more innocuous curses, “damn” is the only swear word to appear in the Bible, said Mohr.

According to the series, a common theory for the origins of “f–k” is that it came from the phrase “fornication under consent of the king,” as people in the Middle Ages had to ask their king for permission to marry. In reality, it’s from a Dutch word meaning “to strike.”

Clark Gable and Vivien Leigh in “Gone With the Wind.”Courtesy Everett Collection

As it turns out, the advancement of indoor plumbing plays a major factor in when many of these words shifted into something naughty.

“ ‘F–k’ and ‘s–t’ started to become taboo words during the Renaissance because our ideas about privacy changed,” Mohr said. “And we began to insist that sexual and excremental body parts and actions be hidden, in life and in language.”

Words with more salacious connotations got the ax first, which is why “s–t” lasted longer than “f–k” in polite society.

“In American and British culture, broadly speaking, the sexual is more taboo than the excremental,” Mohr said. “Sex carries a moral weight that excretion lacks. It may be disgusting to s–t, but it’s never morally wrong, while sex is policed by strict codes that deem many kinds immoral and off limits. These codes inform which swearwords are ‘worse’ in English.

She said that the end of the 16th century, into the 17th, was the real turning point.

“At that time, words that are now ‘obscene’ were sometimes used without comment in places they wouldn’t appear today,” Mohr said. “In 1611, for example, George Chapman published a gorgeous, ‘collector’s edition’ of ‘The Iliad,’ and called somebody ‘an envious windf–ker’ in the preface.” (A “windf–ker” was a nickname for a type of falcon.)

“By the 18th century, ‘f–k’ was definitely one of these and was gone from public discourse, but ‘s–t’ could still sometimes be found,” the author said. “By the 19th century, neither word could appear in polite or literary discourse. They were at the height of their power to shock and offend.”

Watching the show, you may even pick up a new swear or two — apparently the obsolete Old English term “swive” is a synonym for “f–k.”

“‘Swive’ in particular is so much fun to say,” Mohr said. “Maybe that’s why Chaucer used it so often.”