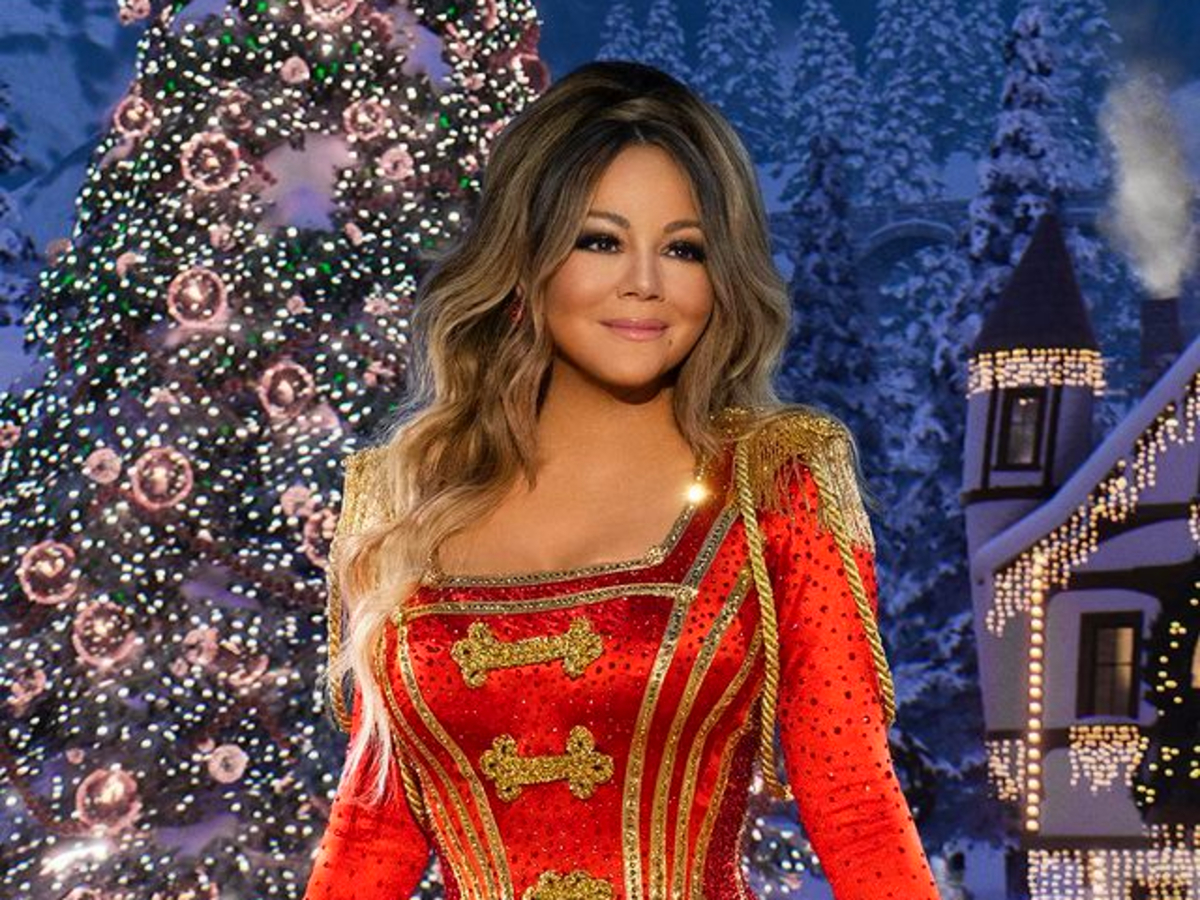 Mariah Carey has been busy this year and now that it is Christmas Eve, people are commenting on how much the songbird has done to save Christmas. While many are having the most difficult holiday of their life, Mariah has been busy working overtime to spread holiday cheer. Her song “All I Want For Christmas Is You” remains a holiday staple, she has a new movie on Apple called Mariah Carey’s Magical Christmas, she launched her new line of cookies in time for the holidays and there is one more thing that Mariah contributed to the season — her whistle-note version of the Sugar Plum Fairy from The Nutcracker.
Mariah Carey released the song in 1994 on her highly successful album Merry Christmas. The album had become a holiday music staple providing numerous classics and favorites. In 2019, Mariah released a deluxe, anniversary edition celebrating 25 years of the album’s success.
Party Time For Mariah Carey And Her Ex Nick Cannon With Kids! »
Mariah’s Sugar Plum Fairy Introlude is trending again, now that it is almost Christmas, more people are listening to Mariah Carey‘s songs — both old and new.
If you’ve never heard Mariah Carey’s Sugar Plum Fairy Introlude you may listen to her perform it in her operatic, whistle register in the video player below.
Alex Trebek’s Final Jeopardy Episode Will Air On Christmas After Beloved Game Show Host Passes Away At 80-Years-Old »

Mariah Carey is no stranger to breaking music records, but her song “All I Want For Christmas Is You” continues to deliver. Now that it has been 26 years since its release, you might expect the song to have settled down when it comes to charts, but “All I Want For Christmas Is You” has proved to be the gift that keeps on giving.
Mariah Carey’s Sister Reveals the Star Worships the Devil & Other Dark Secrets »
In 2020, the song hit number one in the U.S. and the U.K. There’s no doubt that people love this song but that doesn’t mean they don’t love her Sugar Plum Fairy Introlude any less.
After performing the Sugar Plum Fairy Introlude in her 2020 movie Mariah Carey’s Magical Christmas demand for the song increased.
What do you think of Mariah Carey’s Christmas songs? Are you a fan of her hits “All I Want For Christmas Is You” and the Sugar Plum Fairy Introlude?”
Charisse Van Horn is a freelance writer from Tampa Bay. She enjoys writing about celebrities, entertainment, and fashion. Any reproduction of this article outside of Celebrity Insider will be met with legal action by the writer.
Advertisement

Rihanna Reportedly Invited A$AP Rocky To Her Barbados Villa For The Holidays!
Tamar Braxton Drops A Holiday Message About Bling And Cars
Comment