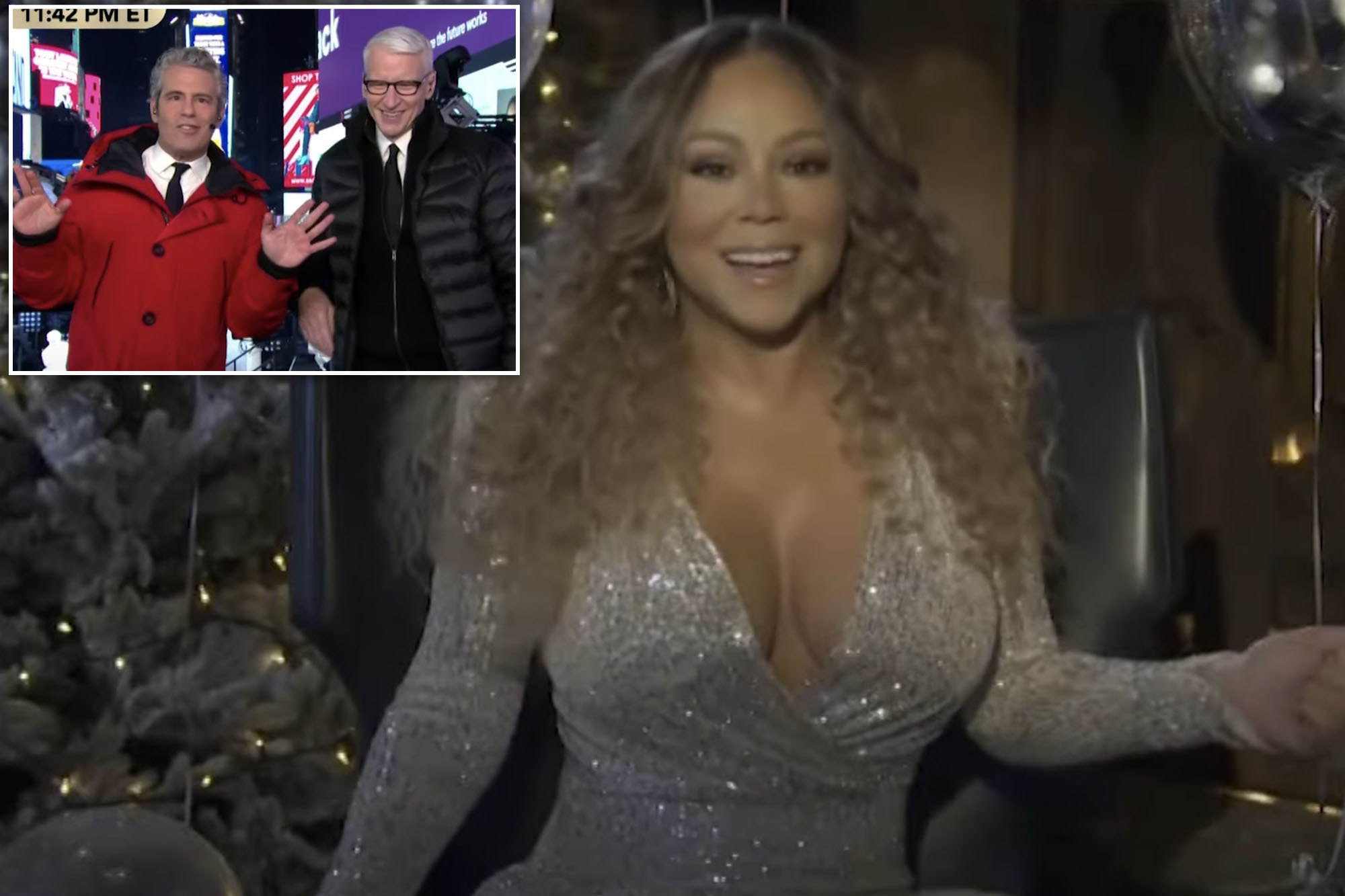 Well, that was awkward!

Discussing Mariah Carey’s Christmas classic on CNN’s New Year’s Eve show, host Andy Cohen asked the chanteuse, “When you recorded ‘All I Want For Christmas Is You,’ did you have a sense that it was going to live for so long? Because it’s one of those songs that you listen to and it still sounds like a brand-new song.”

“Thank you,” the Grammy winner replied, “but first of all, I hate to always say this, but as a writer, I wrote that song.”

Cohen quickly added, “I know,” but it was too little, too late, for the diva.

“Yeah, but you said, ‘recorded it,’ so I just had to clarify it for the folks at home,” Carey, 50, responded. (Carey and songwriting partner Walter Afanasieff co-wrote the tune, supposedly in just 15 minutes.)

Mariah Carey being interviewed on CNN by Andy Cohen and Anderson Cooper.CNN

Adding just a splash more cringe to the exchange, Carey then asked what the noise in the background was, forcing Cohen to respond that it was Jennifer Lopez’s performance for the evening.

Carey, whose supposed feud with Lopez dates back to her feeling that Lopez copied her “Loverboy” with “I’m Real,” kept a fixed smile on her face.

The situation was obliquely addressed in Carey’s recent memoir, which described “a female entertainer on [Sony’s] label (whom I don’t know),” an aside that itself references her famous interview response of “I don’t know her” to a question about Lopez.