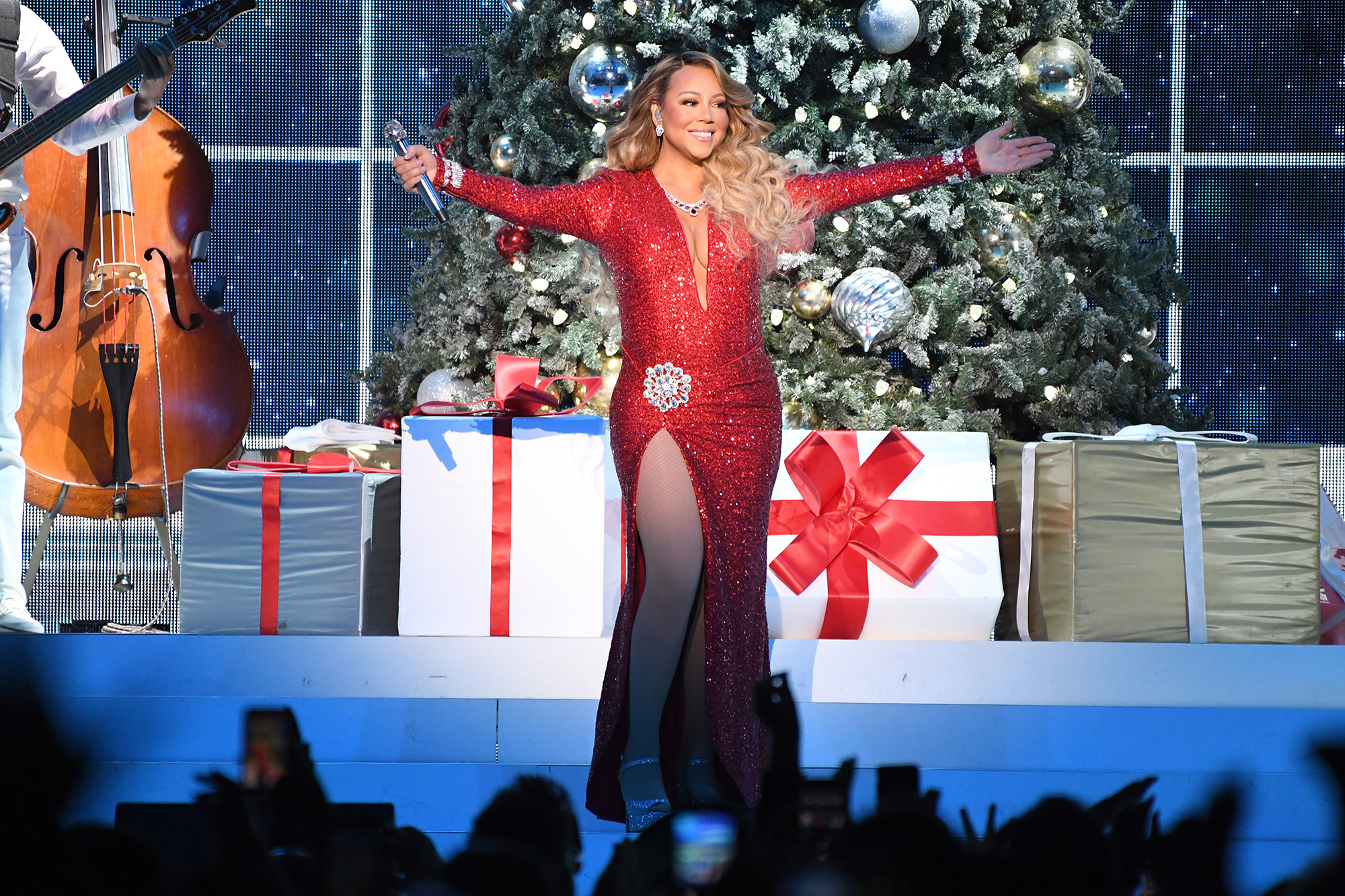 All they want for Christmas is Mimi.

It’s no surprise that Mariah Carey’s fans love her perennial holiday hit, “All I Want for Christmas Is You,” which again topped Billboard’s Hot 100 just last week. But now the 1994 single has set a Spotify record for most single-day streams: a whopping 17.223 million, Carey announced on Christmas Day on Twitter.

“WOW,” she wrote, along with a string of emojis including hearts, Christmas trees and snowflakes. “I know people think I’m making ‘coin’ (lil’ secret: artists make very little from streams) but the real reason I’m sitting here in astonishment & gratitude is seeing the joy this little song I wrote brings to people. THANK YOU & MERRY CHRISTMAS!!!”

The glam chanteuse, 50, celebrated the news while reposting a tweet from Chart Data, which tracks information from Billboard, Soundscan and other sources.

Christmas queen Carey had already kicked off her favorite month with a festive singing collaboration with Ariana Grande and Jennifer Hudson in “Mariah Carey’s Magical Christmas Special” on Apple TV+. But she has long embraced — and perfected — the holiday.

“I think it’s just that longing that I had as a child, that I always wanted things to be perfect for the holidays … And they never were,” she recently told Elle magazine. “It was always somebody ruining the moment, always these dysfunctional family members who came around and foiled everything.”

Along her journey toward a more joyeaux Noël, Mimi has been memed a lot — out of love and respect, of course — by fans who know that she does actually make some Christmas cash from the song, which has reportedly hauled in more than $2 million in Spotify royalties alone.

That probably makes up for her disappointment with fans’ off-market Carey Christmas ornaments.

Mariah Carey performs onstage during her 2019 “All I Want For Christmas Is You” tour at Madison Square Garden in New York City.Getty Images for MC