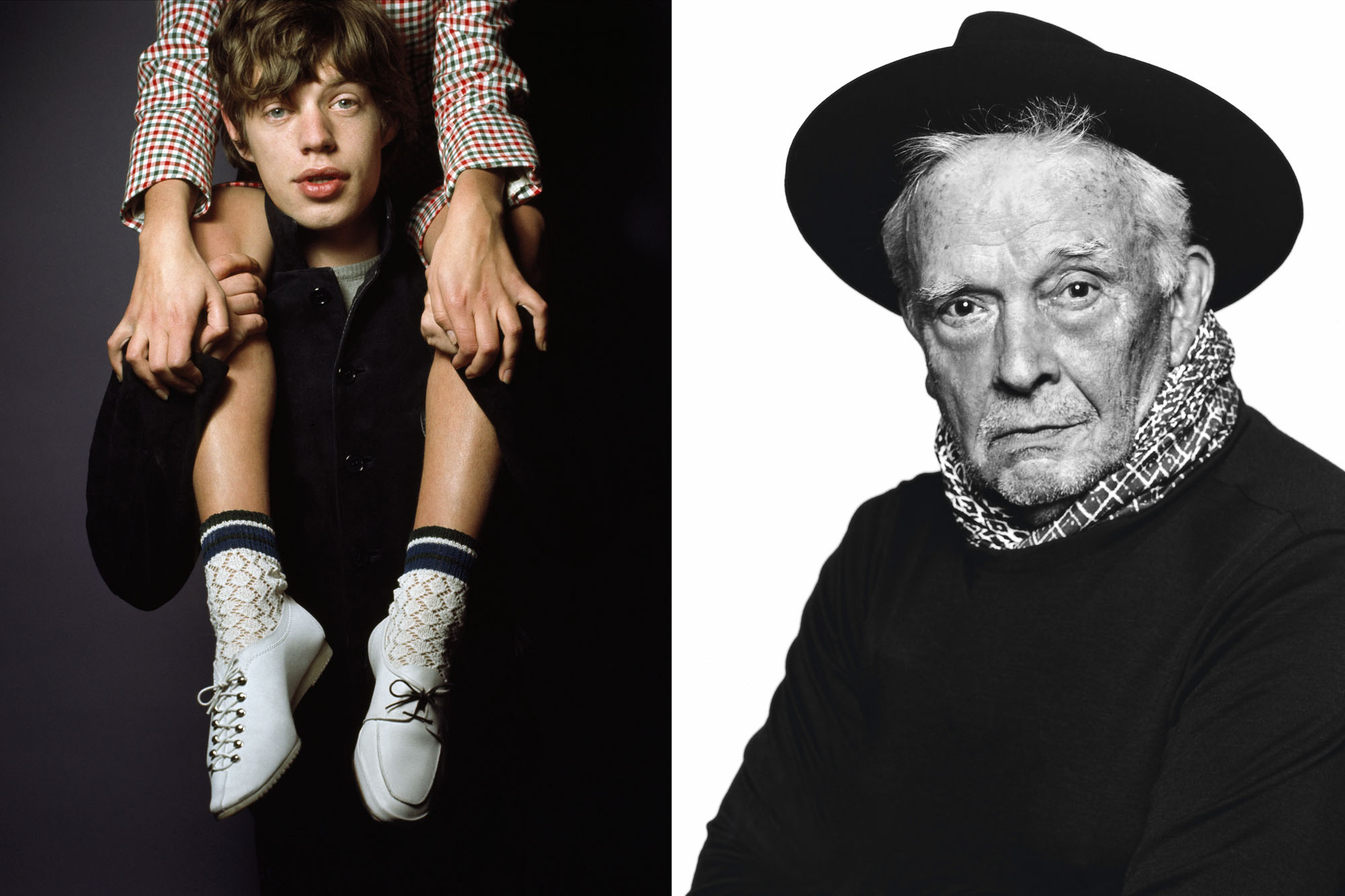 David Bailey was never one for decorum. The 82-year-old photographer rose to fame in 1960s London with his bold fashion shoots, boisterous working-class accent and bad-boy attitude. He cursed out editors, caroused with hooligans and bedded seemingly every pretty girl who crossed his path.

Fittingly his new memoir, “Look Again,” currently out in the UK, is frank, foul-mouthed and utterly fabulous.

He calls Elizabeth Taylor a kleptomaniac; Mother Teresa, a “tough old bitch.” Mick Jagger was always “mean with money. Still is.” His first impression of now-ex-wife Catherine Deneuve? “Short, bit on the fat side.”

He doesn’t even spare his three children. “Well, ‘love’ is an exaggeration!” he writes of his kin. “When they can play chess I like them.”

Speaking with The Post on the phone from London, Bailey insisted that there are no hard feelings. “Catherine [Deneuve] still wears a pair of my old jeans!” he said.

His friends, he added, “just say, ‘I read your book,’ and maybe they’ll laugh.” Though he admitted he was surprised to receive a Christmas card from Paul McCartney, since he did write that John Lennon was the only Beatle he could stand.

“It was the least likely Christmas card I would get,” he said chuckling.

Bailey attributes his no-nonsense attitude and grit to his youth. He grew up in London’s rough-and-tumble East End during World War II, playing on bomb sites and hiding out in a cramped coal cellar during nightly air raids. Bailey’s dad was a tailor and philanderer who didn’t spend much time at home. David dropped out of school at 14 to work before joining the Air Force when he was 18.

“The idea of becoming a photographer, we would never even think of it then,” he said of his working-class milieu. “It was something either so middle class that it was beyond our reach or it was something that you did maybe if you were gay.”

Still, Bailey appreciated beauty. “When I was 7 or 8, I saw my mother whirling around in a coat she couldn’t afford at [the department store] Selfridges,” Bailey recalled. “That image has stuck with me all my life.” And when he was stationed in Singapore with the Royal Air Force, he would buy cheap used cameras and take pictures of his girlfriend. When he returned to London in the late ’50s, he finagled his way into an internship with posh fashion and society photographer John French — despite having little experience and not knowing how to read a light meter.

“He was in love with me,” Bailey said. “He asked me for my sunglasses because he wanted to be buried in them when he died. I said, ‘Sure, here you go.’ He was a sweet man, even if I wasn’t [romantically] interested.”

French allowed Bailey to use his studio for his own photography work. There, he shot his first celebrity — the writer W. Somerset Maugham. “He was a wonderful guy. I thought, ‘If all the celebrities I photograph are this easy …’ But unfortunately they weren’t.”

That’s also where he first photographed Jean Shrimpton, his first muse. The two eventually skyrocketed to fame with Bailey’s photos of the doe-eyed “Shrimp” out on the gritty streets, her hair mussed-up and clutching a teddy bear. The spread — published in Vogue in 1962 — ushered in a more youthful, vérité approach to fashion photography.

“People could identify with Jean because I didn’t make her look like a stuffed shop mannequin,” Bailey wrote. “Suddenly she was someone you could touch, or maybe even take to bed.”

Bailey did take her to bed; the affair blew up his brief first marriage and helped cement his reputation as a lothario. The 1965 flick “Blow Up,” about a swinging London fashion fotog who inadvertently captures a murder on camera, was partly based on him. (“I was offered a role but I turned it down,” he said. “It was a silly movie.”)

He met his second wife, Deneuve, in 1965 through Roman Polanski, who wanted Bailey to shoot the French starlet for Playboy, to promote the film “Repulsion.” Neither Deneuve nor Bailey was keen on the nudie magazine, but Polanski was “persistent.” Despite Bailey’s initial chill toward Deneuve, sparks flew on the shoot, and the two began an affair. Still, he really only proposed to her because one of his mates bet “10 bob” that she wouldn’t marry him.

“I got my 10 bob,” said Bailey, laughing. The marriage lasted seven years.

He continued to photograph — and meet — the beautiful and famous. Salvador Dalí struck up a conversation with him in a hotel elevator and took him upstairs to meet his family. “He had a walking stick with a propeller and two naked dolls,” Bailey recalled. A sloshed Elizabeth Taylor tried to steal his camera. (He ended up handing it over: “You can’t say no to Liz Taylor,” he said.) The photographer even suspects that he inspired John Lennon to write “Eight Days a Week”: The two were sharing a joint at a party one night when Lennon asked Bailey how much he worked; Bailey joked “eight days a week.” That same year, the Beatles had a hit song with that title.

He also had many lovers, including Anjelica Huston (who was fighting with Jack Nicholson at the time), Grace Coddington (who modeled for him before becoming a fashion editor), Hawaiian supermodel Marie Helvin (his third wife) and the eccentric socialite Penelope Tree. When a 32-year-old Bailey retrieved an 18-year-old Tree from her parents’ Upper East Side manse, he quipped to her aghast mother: “It could be worse: It could be a Rolling Stone.”

Despite all the partying and sleeping around, Bailey continued to create energetic, joyous pictures. He became so respectable that he even photographed Princess Margaret (“she thought I was a better photographer than her [first] husband, Lord Snowden,” Bailey boasted) and Queen Elizabeth II (“she was great — she laughed at my jokes”) and Mother Teresa, who, Bailey said, spent much of their time together fleecing him for money. “Every time I saw her, she hit me up for 100 dollars or 500 dollars,” Bailey recalled. “I’d say, ‘I gave you 100 dollars yesterday,’ and she’d say ‘I want it again today!’” He directed documentaries and documented his journeys to far-flung locales, such as the Naga Hills, on the border of India and Burma.

In 1986, Bailey married model Catherine Dyer, and the pair got a house in the country and had three children. He’s still friends with his three ex-wives — “you can’t spend all that time with someone who you don’t like at all,” he said. But while his personal life has relaxed a bit, his professional one has not.

“I filmed three movies while on lockdown,” he said. “I’m busier than ever.”