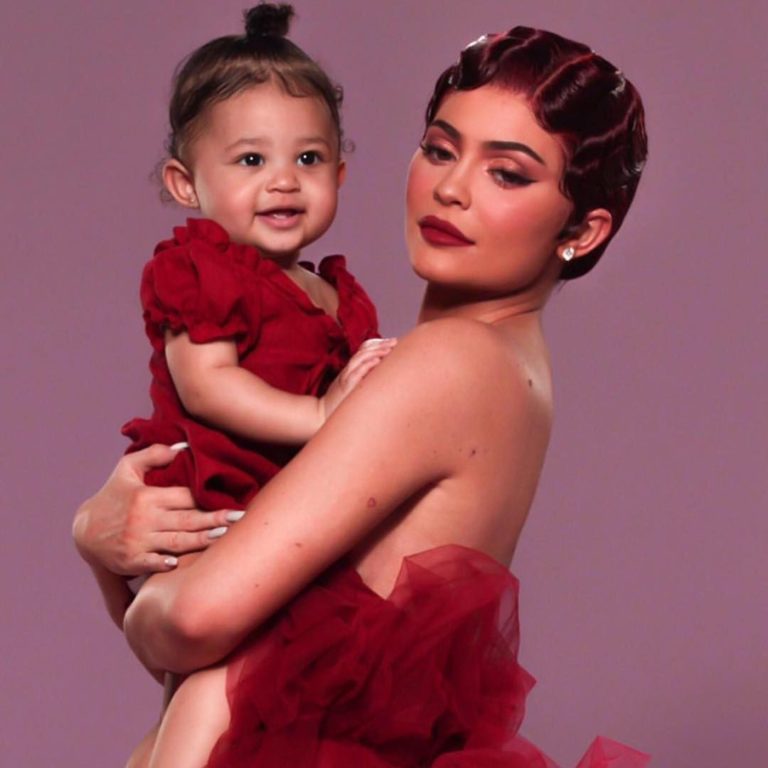 So impressive! Kylie Jenner’s followers could not believe their eyes when she posted a video of her baby girl on the slopes, snowboarding already!
Even better, little Stormi was able to stop without falling and it makes sense that the Keeping Up with the Kardashians star posted the clip for her fans to watch – she must have been so proud!
It appears that Stormi Webster is a really fast learner when it comes to pretty much everything and snowboarding was not an exception!
While fans were pretty impressed to see how great Kylie and her sister Kendall Jenner were on the slopes, the two showing off their athletic abilities in a previous post, they were even more surprised to see Stormi doing so well on the board!
After all, she is only 2 years old and already snowboarding better than most, judging by the short clip of the child trying out the winter sport with the help of her makeup mogul mom.
It all starts with Kylie giving her child a little nudge, causing her to slide several feet while managing to keep her balance until the end, coming to a halt without falling.
Naturally, Kylie was really happy to see this so she can be heard gushing: ‘That was amazing!’ before proceeding to give her daughter a celebratory high-five.
Stormi was very excited as well, cutely yelling ‘Whee’ after stopping.
‘I’m not going to fall anymore!’ she tells her mom, obviously proud of herself as well!
In the caption, the Jenner raved about her ‘little pro!!! 😍😍🏂🤍.’

Some of the famous reality TV family members are on a vacation to Aspen and it appears that Stormi’s dad and Kylie’s ex, Travis Scott has joined them as well.
Advertisement

Fans have been wondering whether or not Kylie and the rapper are back together but it appears that they are just spending time together for co-parenting purposes for now.