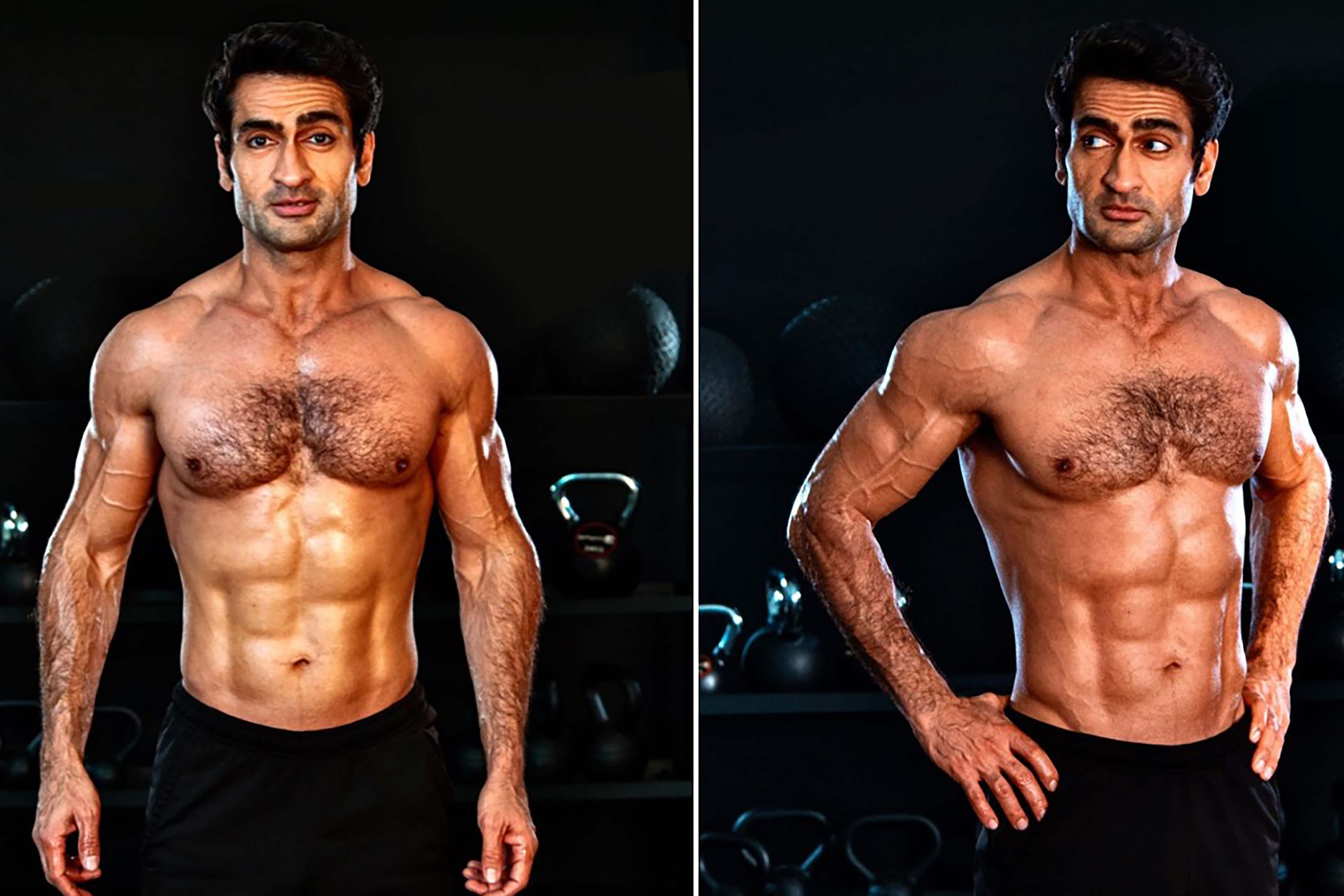 After posting a photo of himself looking ultra-ripped, actor Kumail Nanjiani became a trending topic on Twitter, a development which has some social-media watchdogs spreading unfounded steroid rumors — and others slamming the discourse as racist.

“Happy new year! I celebrated with a pandan tres leches cake from @marysmakeshop that made me rethink everything,” Nanjiani, 42, wrote beneath the Instagram picture he posted over the weekend modestly displaying his long sleeve shirt-covered biceps. “I only eat Pandan tres leches cakes from here on out.”

The innocuously captioned image has inspired an extensive commentary on social media regarding the comedian’s physical transformation, which he underwent for his role in Marvel’s upcoming “Eternals,” co-starring Angelina Jolie and Kit Harington.

Many haters have since taken to Twitter to theorize about whether the “The Big Sick” Oscar nominee took steroids to bulk up, but the comedian’s fans were quick to jump in and call such speculation racist and body-shaming.

“Body shaming Kumail Nanjiani for…being jacked? Is way weird,” one defender explained of the controversy in a now-viral tweet, noting that various white actors have “done the same super-soldier program and never got any flack for it.”

Neither Chris Evans, Chris Hemsworth nor Chis Pratt were accused of ‘roiding when they got ripped for various roles, another user noted, yet Nanjiani — who is Pakistani American — uniquely faces speculation.

“Notice how y’all only make fun of the men of color, but not your white favs,” another viral tweet pointed out, comparing those speculating about Nanjiani’s ability to naturally get buff to those who made fun of actor Chadwick Boseman’s thin physical appearance before his death.

Kumail Nanjiani looks awesome af and I wish I looked as half as good as him.Y’all clearly didn’t learn your lessons from making fun of Chadwick Boseman’s physical appearance.Notice how y’all only make fun of the men of color, but not your white favs. pic.twitter.com/9ge7z4v3Lj— Professional Fool Runner 🇵🇷 🤜🏼👈🏼 (@RunTheFools4) January 3, 2021

Reps for Nanjiani did not immediately respond to The Post’s request for comment about the online debate.

However, the actor and screenwriter has previously been transparent about his body-building journey.

“I never thought I’d be one of those people who would post a thirsty shirtless, but I’ve worked way too hard for way too long so here we are,” he captioned a topless image of himself in December 2019.

“I found out a year ago I was going to be in Marvel’s ‘Eternals’ and decided I wanted to transform how I looked.” He went on to thank the very human, not chemical workout team who helped him achieve his muscles.

At the time, that photo also got him flak.