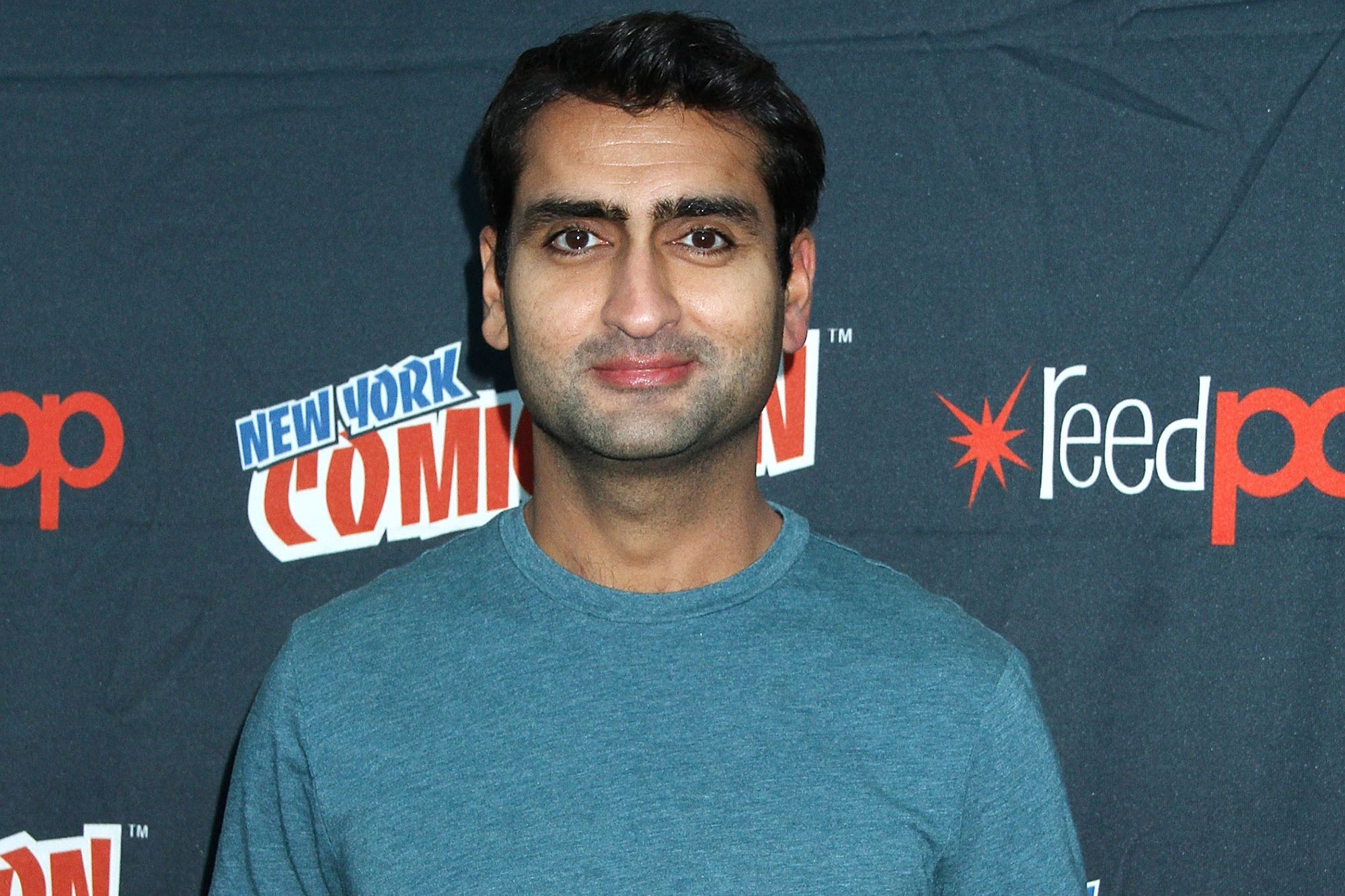 Kumail Nanjiani shared some pics around the holidays and they led to a body-shaming conversation centered around his physique! Check out the images and what fans had to say!
It all started with the actor posting some snaps featuring him and his wife of 14 years, Emily V. Gordon!
The two spent Christmas without the rest of their family due to social distancing rules amid the COVID-19 pandemic but they still seemed really happy to have each other on the special day.
The photos showed Kumail in the best shape of his life but also some of his and his wife’s favorite comfort dishes they enjoyed during Christmas.

It all looked cozy and cute but some social media users could not help but share their opinions on his body, one particular Twitter poster going as far as to call it ‘grotesque’ and argue that it’s not how a man should look like!
As you might know, the actor and comedian put on muscle mass, completely transforming his physique for his role in Eternals.
However, it turns out that not everybody is a fan of the fit Kumail or any fit man for that matter.
One user commented on his transformation that: ‘The Kumail Nanjiani thing makes me really sad. Our culture’s created a system in which people attempt to conform to some impossible beauty standards to a point where it just starts to render them unrecognizable, and then we mock and shame them. Men are not exempt from this.’
They went on: ‘We make it so performance enhancing drugs or even plastic surgery are all but mandatory for some professions or beauty standards, but admitting to them is still taboo. Too little of these things and you are ugly, just a hair too much of them and you are grotesque. It is a nightmare.’
This was the initial tweet that sparked a whole conversation on body shaming and beauty standards!
Another user argued:

Image 1: Kumail Nanjiani bulked up to play some Marvel hero. Grotesque; unnatural.
Image 2: Pierce Brosnan with a sorta-shitty body portraying a man who has allegedly just spent 14 months in a North Korean prison camp in Die Another Day (2002). What a man should look like. pic.twitter.com/BaWkcVwk4b
— Will Sloan (@WillSloanEsq) January 3, 2021

There were, of course, many fans who defended Kumail’s transformation as well amid some false accusations that the actor took steroids.
Advertisement

Here are a couple of od the posts defending him: ‘Chris Pratt had a bigger body transformation and I didn’t hear you all shaming him back when.’ / ‘All of the MCU actors go through training for their roles. Kumail looks healthy and happy.’ / ‘All the Chris’ have done the same super-soldier program and never got any flack for it.’

Larry King ‘Breathing On His Own’ Following COVID-19 Hospitalization
Megan Fox And Machine Gun Kelly Are Reportedly ‘Open’ To Getting Married!
Comment