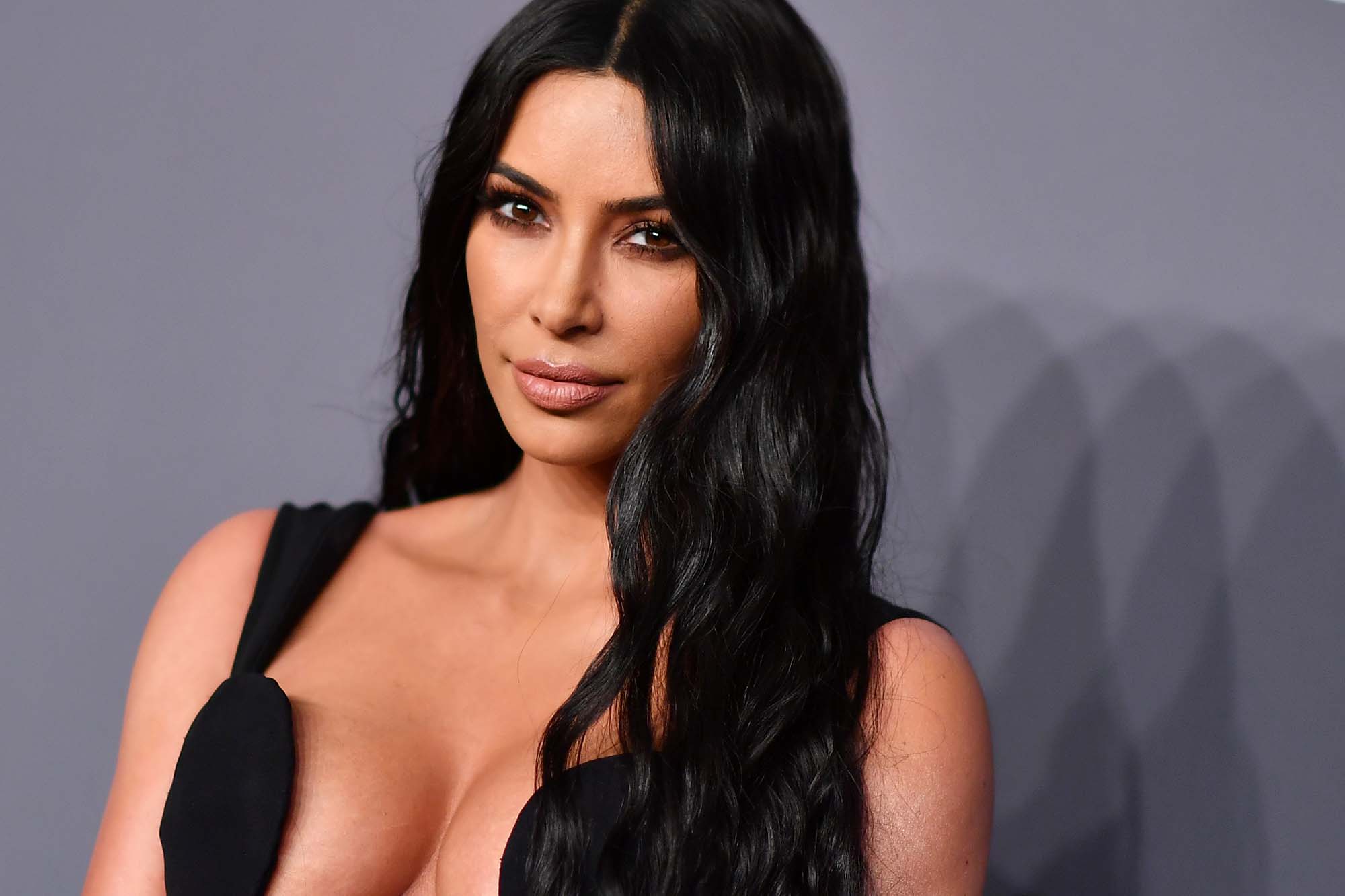 It’s over for Kim Kardashian and Kanye West.

“They are keeping it low-key but they are done,” a source told Page Six. “Kim has hired [divorce attorney] Laura Wasser and they are in settlement talks.”

As six years of marriage winds down for the couple, who have been living separate lives for months, we’re taking a look back at Kardashian’s pre-Kimye relationships.

It may surprise recent Kardashian fans to learn that at 19, she eloped with music producer Damon Thomas — who has credits with Babyface, Faith Evans and Tyrese — in 2000. She’s since claimed that she was high on ecstasy for the ceremony, and the pair’s union did not end amicably.

“He said he wanted to know where I was at all times,” Kardashian later claimed in her 2003 divorce proceedings, which were finalized in 2004. A subsequent beau of Kardashian’s, Ray J, claimed she pursued him — and eventually cheated on Thomas with him — while still married to Thomas.

Well, everyone knows how this one ends. Kardashian and Ray J reportedly met when she was working for his older sister, singer Brandy, in 2005. We’ll let Ray’s book, “Death of a Cheating Man: What Every Woman Must Know About Men Who Stray,” which describes his relationship with a woman he refers to as “KK” — clever stuff there, Ray — take things from here.

“To be honest, the whole thing started off wrong. We’d known each other for a while before we dated and there was a mutual attraction, but she was married … She let me know she wanted to get with me. She left her husband for me as soon as we started having sex and things between us got intense really fast. After that, I felt obligated to be with her.”

The book also claims the two cheated on each other and adds the relationship fell apart over her extreme jealousy, which included phone taps.

At least Kardashian learned that one drug, in particular, doesn’t agree with her. “I did ecstasy once and I got married. I did it again, I made a sex tape. Like, everything bad would happen,” she said in 2018 on “Keeping Up With the Kardashians.” She’s since also called Ray “a pathological liar.”

As Perez Hilton recalled in Page Six’s 2017 oral history of Kardashian’s sex tape, Kardashian “was the very first girl that Nick Lachey was spotted on a date with after his split from Jessica [Simpson]. It was only one date, but of course, conveniently they were photographed by the paparazzi on that date. Wonder how they found out about that!”

Former In Touch Weekly editor Kevin Dickson added, hilariously, “That was one of the early stunts that backfired. We tried to get her to f–k Nick Lachey so she could be a celebrity girlfriend. She would literally bake him a basket of muffins and try to get him to come to her house and he wouldn’t go and so they went to dinner somewhere in the North Valley and we had paparazzi there. But our paparazzi told all the other paparazzi. It was a mess.” (Kardashian’s team denies this.)

Kardashian and Cannon were briefly an item. The “Masked Singer” host may have accidentally torched his relationship with Mariah Carey by recounting this fact in 2014, adding unnecessarily, “It’s been a lot of people since me.” A few months later, Page Six reported that “The admission reportedly humiliated Carey, and the relationship [between her and Cannon] never recovered.”

Things ended poorly between Kardashian and Cannon as well: The Post reported in 2007 the pair studiously ignored each other when they turned up at the same fashion event.

Kardashian and Reggie dated on and off from 2007 to 2010. There was scuttlebutt about the two reuniting, and apparently, up until her August 2011 wedding to Kris Humphries, Bush was still pining for Kardashian and sending her texts and voicemails “telling her she’s making a mistake and that he’s the one for her,” Life & Style reported at the time.

However, Kanye West’s ex, Amber Rose, went on to claim in 2012 that Kardashian cheated on Bush with West, labeling her a “homewrecker.”

“Kim is one of the main reasons why me and Kanye are not together,” she told Star magazine. “She’s a homewrecker … They were both cheating on me and Reggie with each other.”

Page Six reported in April 2010 that soccer star Ronaldo and Kardashian had hooked up during Kardashian’s vacation to Madrid, adding they met at an event at the Beverly Hills Hotel. Sadly, by August, he’d moved on to Irina Shayk, and Page Six was shooting down rumors he and Kardashian were back together.

“Kim and Miles looked pretty happy together,” Page Six reported in July 2010. “They were canoodling all night. He’s a pretty shy and low-key guy, so he’s perfect for her.”

KiMiles would fizzle by September, leading Page Six to report in November, in an eerie portent of things to come, “They are not getting back together, they are just friends. And she’s not dating Kanye West, either.”

The line between reality and reality TV got blurrier in October 2010, when a brief frenzy of coverage debated whether or not Kardashian was actually dating “One Tree Hill” star Michael Copon. Apparently, In Touch was ground zero for reporting the two were an actual couple, claiming, “Kim is dating Michael. They have known each other for years, but he and Kim just recently reconnected.”

However, this was quickly shot down by Copon himself, and Page Six reported that the pair had “no chemistry whatsoever” while shooting a supposed date for an episode of “Kim and Kourtney Take New York.” We can’t even remember how much of this even ended up on the show, and Kardashian quickly moved on to …

Page Six reported in October 2010 that “serial celebrity dater John Mayer may have his eye on curvy Kim Kardashian,” relating a night out the pair had with friends in tow, “to see if they would hit it off.” TMZ followed that a day later with a report that the two had been on several dates by themselves after the group situation.

By May 2019, Mayer was denying reports that he was dating Kourtney Kardashian. How the world turns.

Page Six was, as ever, on top of things, confirming a report that Kardashian was dating Halle Berry’s ex Gabriel Aubry the day after picking up the original story from People in November 2010. “They started seeing each other in the last few weeks,” we quoted a source at the time. “They have been out a few times, he’s visited her house in LA. Sunday’s game was the first time they were comfortable enough to be seen in public together. It’s early days but they’re getting on well.”

Things did not last, reportedly because Berry was displeased, which scared Kardashian off.

By December 2010, Page Six was reporting on Kardashian and Humphries’ nascent relationship. “He could fit in with the Kardashians since his name starts with ‘K’ and he has sisters named Krystal and Kaela,” we noted presciently at the time. “They’ve been taking it slow but they have so much fun together,” a source told the Post of the new pair within a week.

Of course, we all know what happened: Humphries proposed to Kardashian on an episode of “KUWTK” after six months of dating, and the two wed in August 2011. Seventy-two days later, she filed for divorce. Kardashian eventually told Andy Cohen that she knew their marriage was doomed during the honeymoon, but that before things got that bad, “I just thought, ‘Holy s–t, I’m 30 years old, I better get this together. I better get married.’”

“Look, I should have known what I was getting into,” Humphries explained in March 2019. “I was definitely naive about how much my life was going to change. But the one thing that really bothers me is whenever people say that my marriage was fake.

“There’s definitely a lot about that world that is not entirely real. But our actual relationship was 100 percent real. When it was clear that it wasn’t working … what can I say? It sucked.”

West, who had been pursuing Kardashian for some time, name-dropped his future partner in his 2012 single, “Cold (Theraflu),” while mocking Humphries, who played on friend Jay-Z’s NBA team, the Brooklyn Nets.

By June of 2012, Kardashian was calling herself “a proud girlfriend,” and by the end of the year, she was pregnant with the couple’s first child, daughter North West, who was born in June 2013. West proposed to Kardashian in October 2013 at AT&T Stadium in San Francisco, and the couple wed in Florence, Italy, in May 2014.

Sadly, as has been recounted since, West’s struggle with bipolar disorder and erratic behavior was insurmountable: A December 2020 report claimed Kardashian and Kanye were living separate lives. Three weeks later, Page Six confirmed that the pair were done.