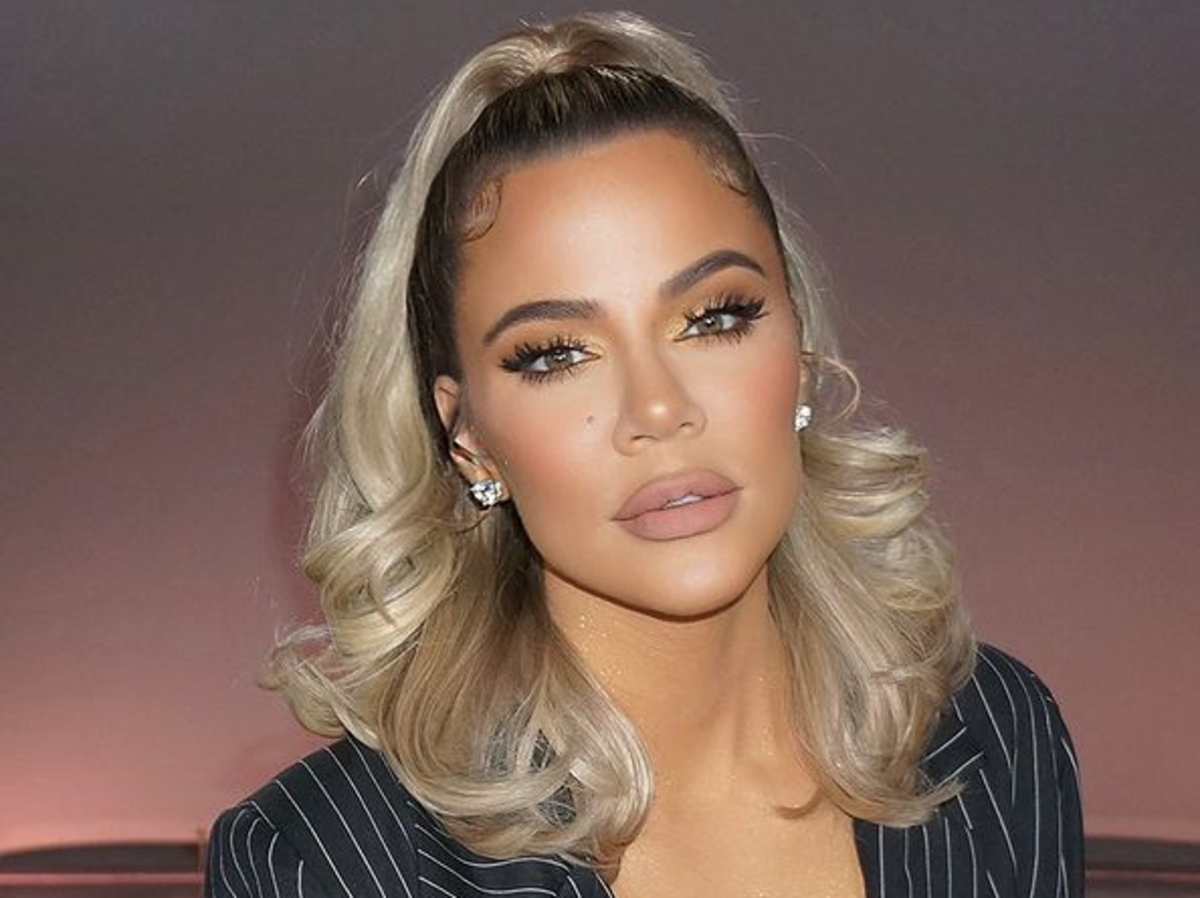 Khloe Kardashian is showing off her flawless figure in a new photo that she shared on the official Instagram account for her clothing company Good American. The 36-year-old beauty and mother of one has worked hard for her figure and her efforts have paid off. It’s hard to believe that there was a time when Khloe Kardashian appeared on her family’s reality television series Keeping Up With the Kardashians (KUWTK) and expressed feeling self-conscious over her body. It was a difficult process for her to drop her clothes and pose nude for PETA’s  ‘I’d Rather Go Naked’ campaign and now she is posing topless for her own campaigns!
It’s unclear if Khloe spent Christmas with her partner Tristan Thompson or if they were just having an early get together before December 25. . Though you couldn’t see a ring on her finger in the topless photo, recent photos of Khloe while in Natick, Massachusetts, revealed a rather large diamond on her ring finger. Now rumors are rampant suggesting that Khloe and Tristan are engaged! Neither has confirmed if the couple is engaged but many suspect that Khloe will move to Boston and the pair will tie the knot. Though Khloe was in Boston for the holidays, she is back in Los Angeles but many don’t think it will be very long before she returns.
Kourtney Kardashian Reveals That Scott Disick Will Always Be Family Despite Their Split »
Khloe shared the steamy picture that you may see below as a way of promoting her Good American jeans.
Khloe looked gorgeous with her hair parted down the middle and secured back and away from her perfectly contoured and highlighted face. Her lips were a light brown color and her nails were painted a shade darker.
The Stormi World 2.0 Video Is Here — Kylie Jenner And Travis Scott Celebrate Stormi Webster’s Birthday With Trolls And Her Own Theme Park »
Khloe covered up her modesty by carefully placing her arm across her chest.
Source: Good American/Instagram
KUWK: Kylie Jenner And Jordyn Woods Were Cordial At Mutual Pal’s Bash – They Chatted And Smiled At Each Other! »
What do you think about Khloe Kardashian and Tristan Thompson? Do you think she should move forward with Tristan or do you think she should stay in Los Angeles with her mother and siblings?
Do you like the Good American jeans that Khloe wore in the photo?
Charisse Van Horn is a freelance writer from Tampa Bay. She enjoys writing about celebrities, entertainment, and fashion. Any reproduction of this article outside of Celebrity Insider will be met with legal action by the writer.
Advertisement