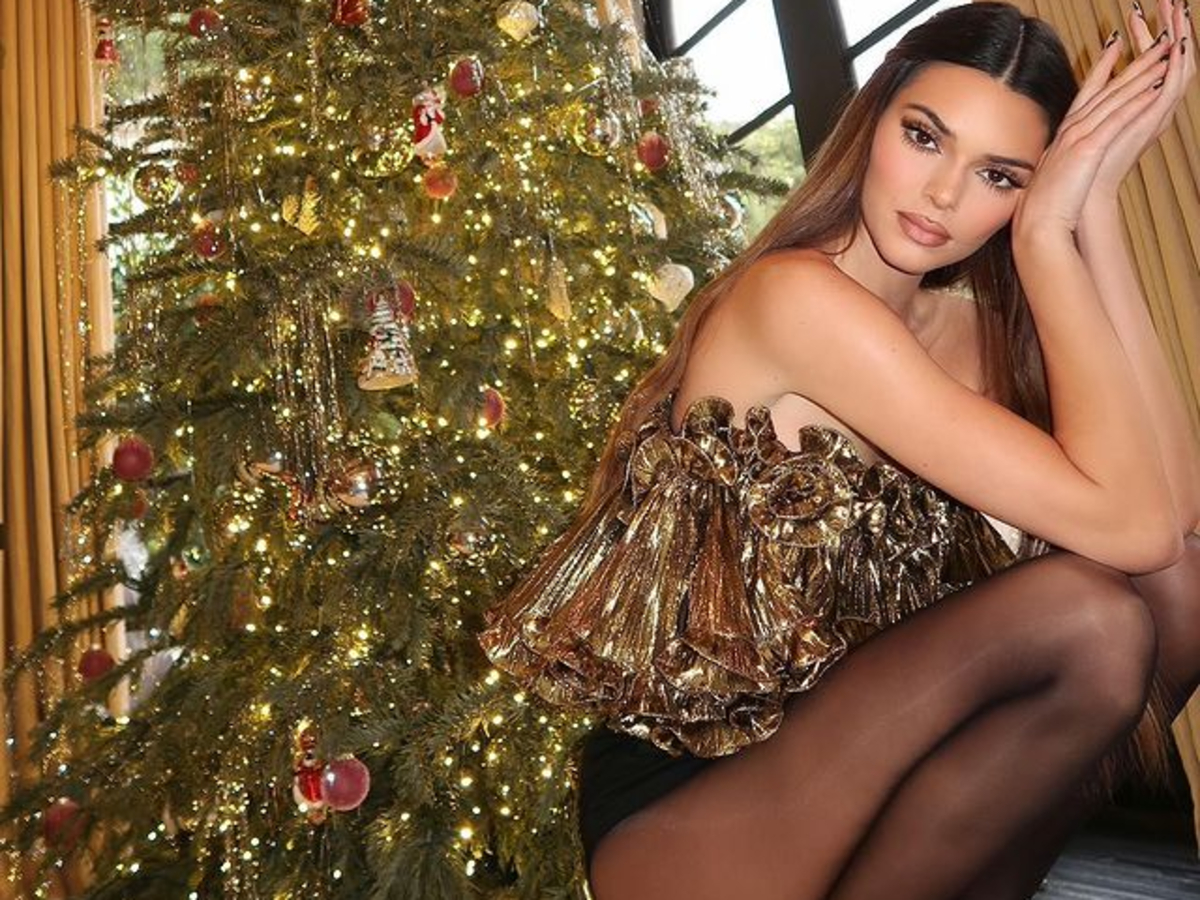 Kendall Jenner has become one of the world’s biggest supermodels and her Instagram is full of some of her best looks. Her sister Kim Kardashian shared a throwback photo of some of her siblings when they were with her in Lake Tahoe and Kendall looked great while dressed for the wintry weather. Now fans are clamoring for details on her look and some were surprised to find out that she was wearing pants from Khloe Kardashian‘s company Good American. Kendall wore the brand’s Boyfriend Sweatpants and looked comfortable and chic.
Fans also wanted details on Kendall’s jacket. She is wearing the Rick Owens cropped puffer jacket. For footwear, Kendall opted for Timberland six-inch Premium Boots. You may see the look on Kendall Jenner below.
KUWTK: Kim Kardashian Reportedly ‘Weighing All Options’ Amid Kanye West’s Explosive Rants! »

While Kendall received plenty of attention for her Lake Tahoe look, she went viral over the weekend for wearing a metallic gold top by Alexandre Vauthier.
Justine Skye Reveals That She Warned Kendall Jenner About The Backlash She’d Receive For Afro Hairstyle »
She wore the outfit for the holidays and one photo of Kendall holding a rose while her gigantic Christmas tree sparkled in gold lights in the background was praised. The photo slideshow has more than 10 million likes and over 32,000 comments.
You may see the stunning photo of Kendall Jenner in Alexandre Vauthier below.
Girl Drama! Khloe Kardashian’s Friend Is Stealing From Her! »
Source: Kendall Jenner/Instagram
Kendall’s sisters shared their reactions to their younger sister’s holiday look on social media. Kim, Khloe, and Kourtney weighed in. Kylie Jenner didn’t leave a response. Here are Kendall’s sisters’ reaction to her holiday photo album.
Kim Kardashian wrote this: ‘Perfect Human.’
Khloe Kardashian had this to say to her baby sister: ‘Ok you’re flawless!!!!!!’
Kourtney Kardashian wrote: ‘Wow.’
You may see the second photo that Kylie Jenner shared of herself wearing the outfit below.
Source: Kendall Jenner/Instagram
What do you think about Kendall Jenner’s outfits? Do you like the outfit that she wore to Lake Tahoe? Are you a fan of Good American? Do you like the boyfriend sweatpants that Kendall was wearing?
Charisse Van Horn is a freelance writer from Tampa Bay. She enjoys writing about celebrities, entertainment, and fashion. Any reproduction of this article outside of Celebrity Insider will be met with legal action by the writer.
Advertisement