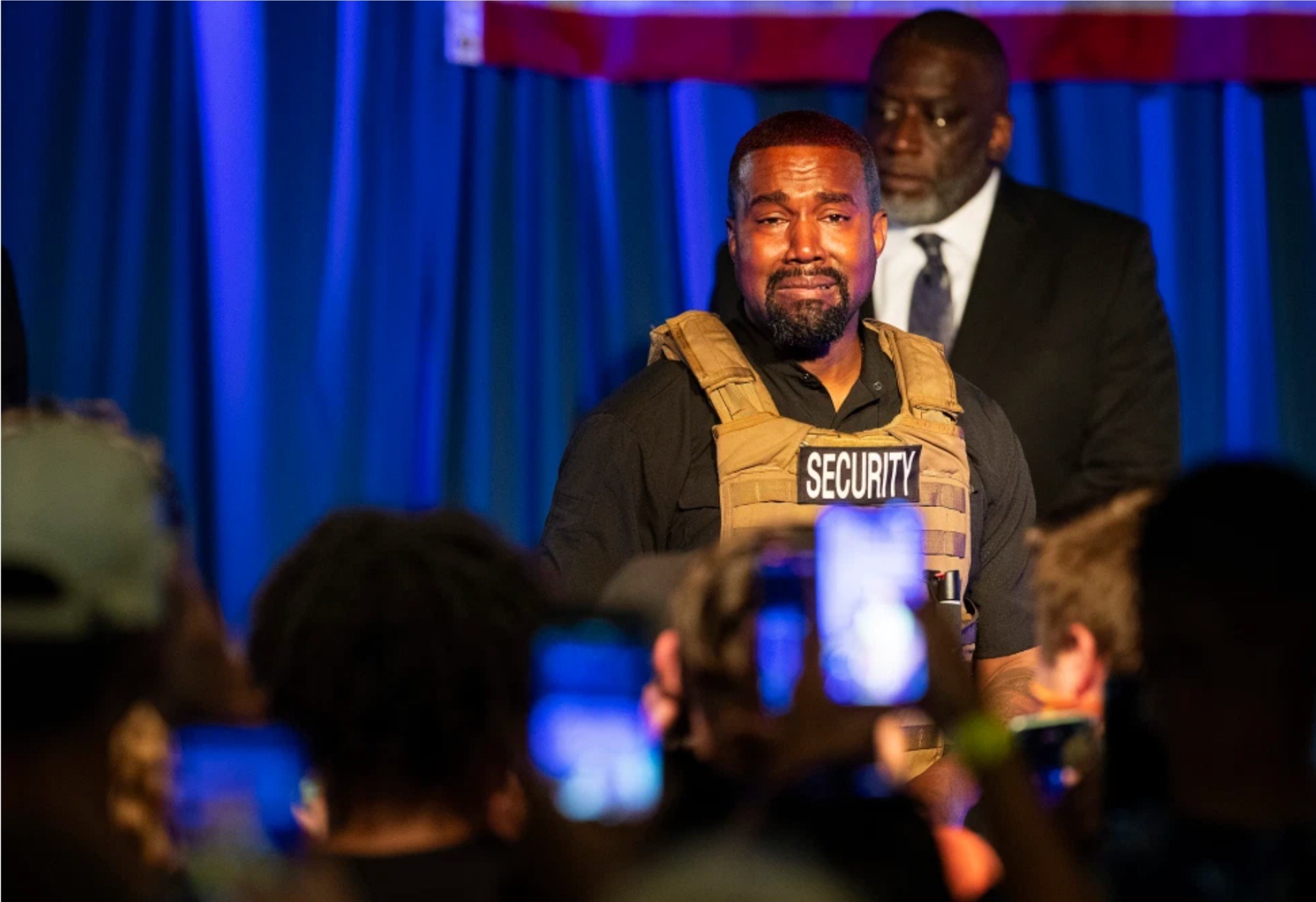 Kanye West’s failed presidential run was “the final straw” for Kim Kardashian, who up to then had battled to save their troubled marriage.

Page Six exclusively revealed that the couple is now heading for divorce after nearly seven years of marriage — and his bizarre presidential campaign made Kim realize that she “needed to end the marriage for the sake of her kids and her own sanity,” a source told Page Six.

West’s self-serving bid kicked off with an insane speech in July last year during which he wrongly claimed Harriet Tubman “never actually freed the slaves.”

That same month, he also called momager Kris Jenner “Kris Jong-Un” on Twitter and claimed that the Kardashians were trying to force him into psychiatric treatment.

A second source told us of Kim’s reaction to Kanye’s presidential run, “She never came out publicly and endorsed him. Her silence on it spoke volumes.” He finally conceded on Nov. 3.

The first source continued, “Kim was really supportive of Kanye during his struggle with his mental health. But she knows she has to do the right thing for her kids.”

Kim has hired power divorce attorney Laura Wasser, who is helping her negotiate a confidential settlement ahead of a divorce filing. She and Kanye have a pre-nup, but they have not yet got to the stage of settling their finances or child custody, the source added.

Despite a Twitter campaign for Kim to date CNN’s Van Jones, she isn’t seeing anyone else.

A source says, “She’s not dating anyone because, if she were, it would be a career move. She can’t go to restaurants now on dates and have paparazzi [due to the pandemic]. She can’t date quietly; she doesn’t even understand what that would be like.”

Another source close to Kardashian told us things are amicable. “We’re talking about someone who is already one of the most famous people in the world… she doesn’t need anyone to make her more famous.”

“There isn’t a war happening. They’ve been working through a lot for a while now, for a few months,” the insider said.

“This isn’t about one thing. There are things that have accumulated over time and created distance between them.”