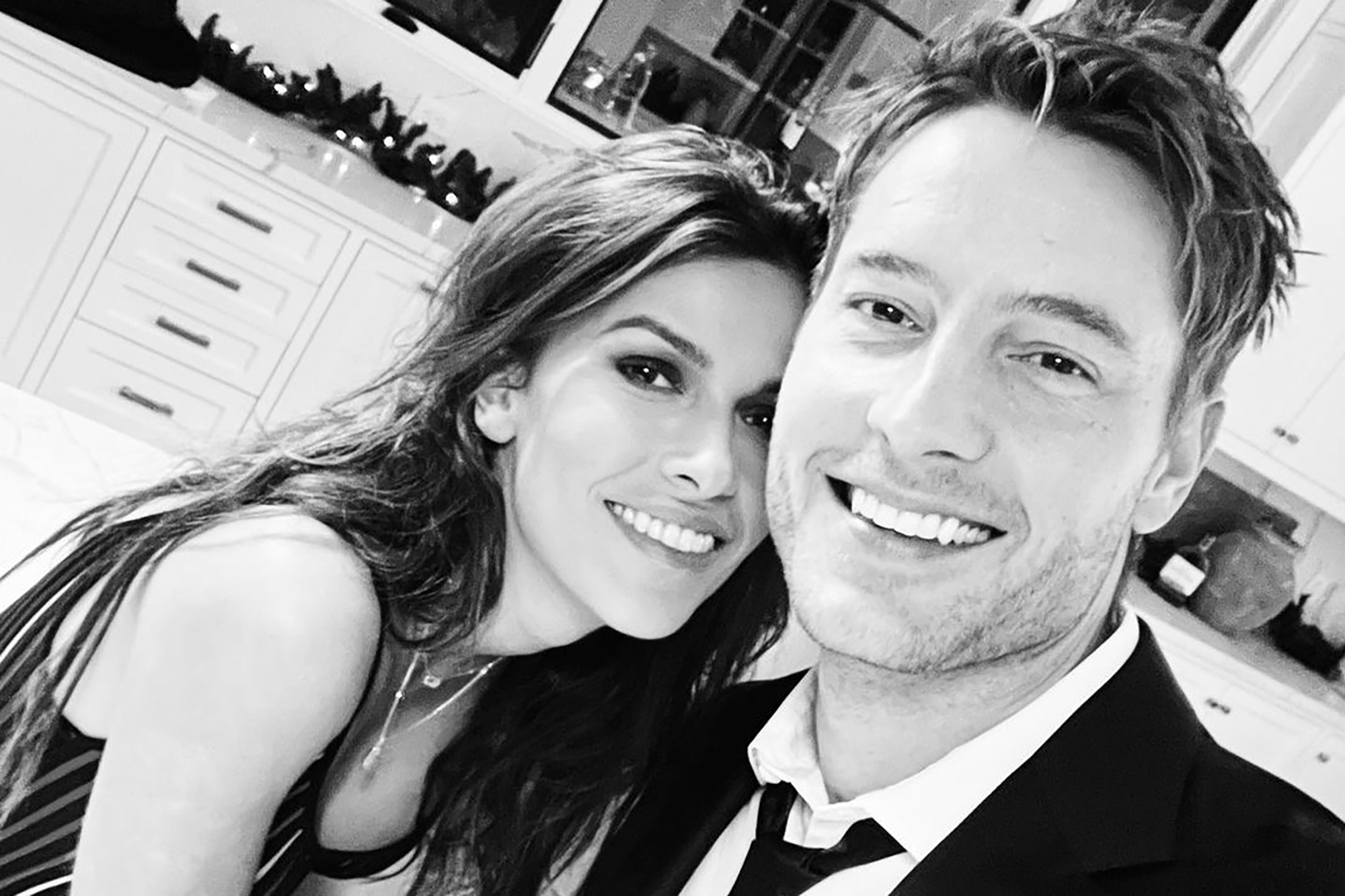 Hartley, 43, posted a black-and-white photo on Instagram of Pernas snuggling up to him just before the clock struck midnight on New Year’s and wrote, “Last minutes of 2020 here in LA. Bring on 2021! Happy New Year!”

Hartley’s 16-year-old daughter, Isabella, seems to approve of the relationship as she commented, “happy new year!!!”

Pernas, 31, also posted a photo of the pair on her own account and confirmed she and the “This Is Us” actor have been quarantining together.

“Sayonara 2020, it’s been real,” she captured the colorful photo. “Happy New Year from our quarantine den to yours.”

The “Blood & Treasures” actress and Hartley first sparked dating rumors when they were spotted kissing in May. They fueled the rumors in August when they both shared Instagram Story photos with similar captions.

Hartley married “Selling Sunset” star Chrishell Stause in 2017 but filed for divorce in 2019. Stause has since moved on with “Dancing with the Stars” pro Keo Motsepe.

He was also previously married to Lindsay Hartley from 2004 to 2012. He shares Isabella with ex Lindsay.