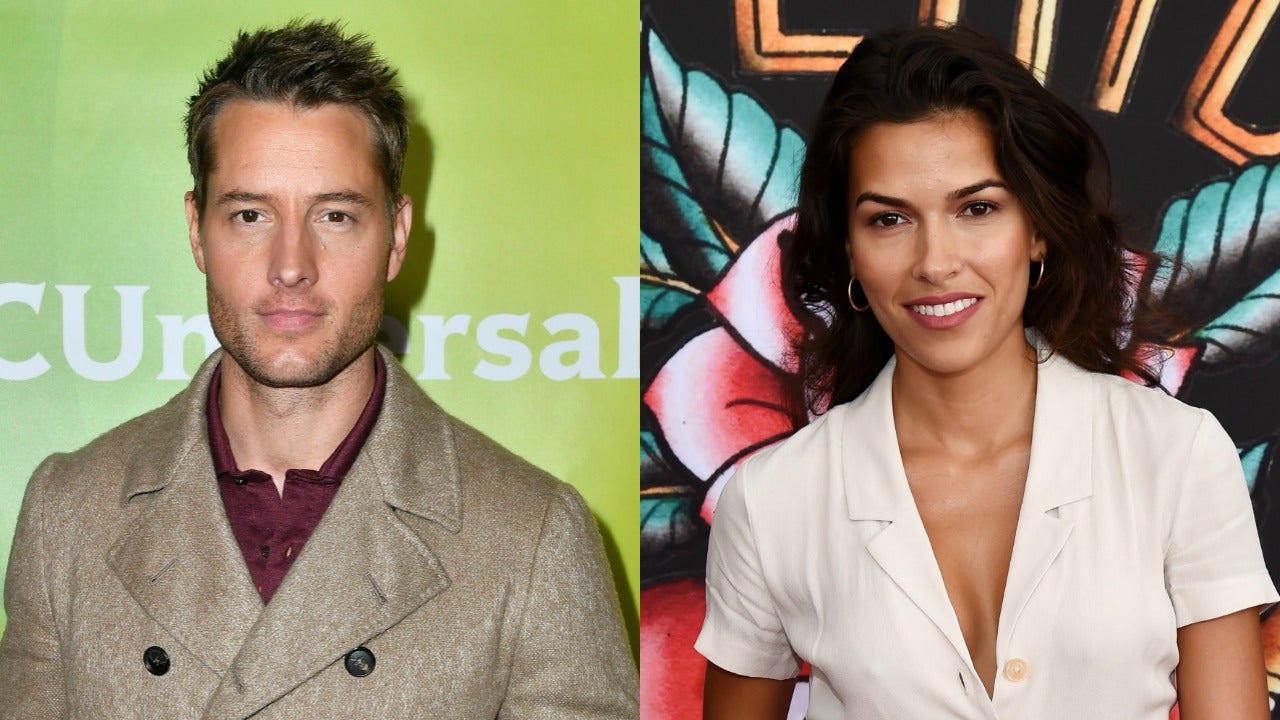 Justin Hartley went from one of America’s sweethearts for his role on This Is Us to a villain in real life due to his split with Chrishell Stause. Both of the TV soap stars have moved on but one did quicker than the other.
Justin was spotted with his Young and the Restless co-star just weeks after he filed for divorce from Chrishell who documented the devastating moment on Selling Sunset. It seemed that while Stause was searching for answers on what went wrong during their relationship, Justin had already move on.
This left many with questions if he was seeing Sofia Pernas while he was married to the realtor.
After much speculation that they were still together, the two made their debut on each other’s Instagram heading into the new year.
This obviously came with some mixed reactions for fans of the actors who limited their comment sections.
Under Sofia and Justin’s respective posts, followers congratulated them.
‘Beautiful couple ♥️♥️ Happy New Year!!! Love you so much and cannot wait to hug you soon.’ one wrote.
‘est wishes Sofia and wish you a year full of sweetness (well needed in times like these),’ said another.
However, under entertainment publications posts who reported on the images, the reception was much different.
‘I wonder how long this one will last? Will she also get a text that he’s done and breaking up with her?? Apparently that’s his thing,’ quipped one TMZ Facebook page follower.
Another social media user wrote: ‘He did it to her, he’ll do it to you is how the saying goes. What goes around comes around. Chrisell should be singing Gabby Barrett. New song I hope!! Hahahaha.’
While this one said: ‘Like a little boy with a new toy.. keep your day job hun..he gonna trade you like a new version iPhone.’
Advertisement

Do you think the two are made to last?