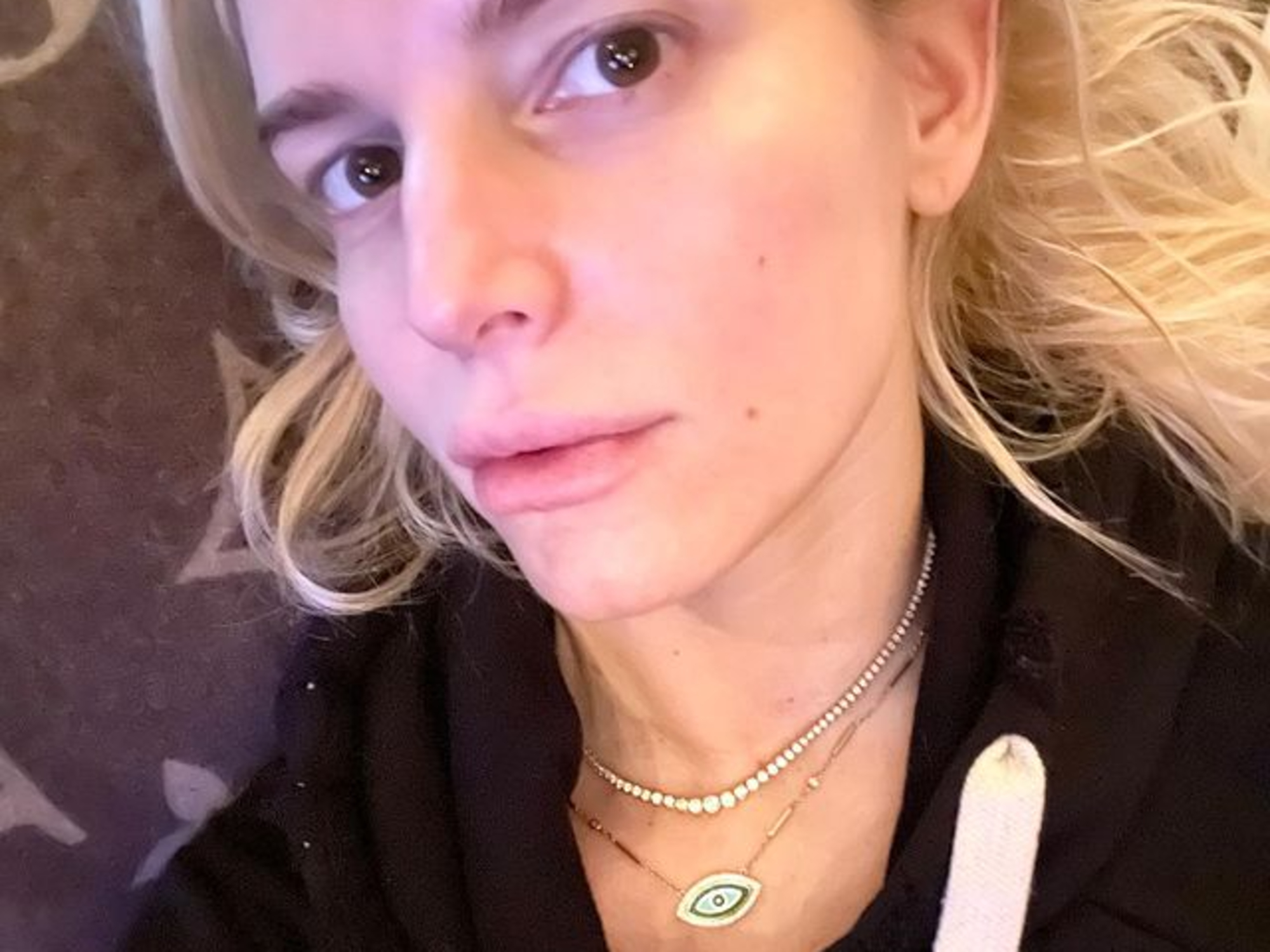 Jessica Simpson recently shared beautiful photos of her family during the holidays and now she’s going viral for another reason entirely. Jessica shared a new photo where she showed off her makeup-free face and while many people were surprised to see the actress and singer bare-faced, others were discussing her necklace.
Jessica wore an evil eye or all-seeing-eye necklace and it matched the emblem on her NSF x JA Lissa sweatshirt. Some quickly jumped to conspiracy theories and accused Jessica of being in the Illuminati and they referred to the necklace as an Illuminati symbol. Some people immediately left comments on the 40-year-old mother of three’s Instagram photo demanding to know why she was wearing Illuminati jewelry.
You may see the photo that Jessica Simpson shared with her 5.6 million followers along with her included caption below.
The maze of quarantined holiday Motherhood has knocked me on my butt…well for the next 5 mins at least. Ha. 🤪💚🦋
Source: Jessica Simpson/Instagram
Here is a photo of the NSF x JA Lissa sweatshirt. As you can see, the sweatshirt has an all-seeing-eye on it. Though Jessica may have just opted to wear the necklace because it matched the sweatshirt, many didn’t think that was the reason and jumped to the Illuminati for an explanation.
Source: NSF
One person left the comment: ‘Illuminati necklace’ and someone responded with this: ‘she is supposedly Christian but doesn’t discern symbols .. she’s deceived.’
Another person wrote this: ‘who cares what her religion is!! Most “Christian” who are famous Are in the Illuminati that’s just how it is. But again my comment was she’s in the Illuminati that’s it.’
One person had this to say: ‘Illuminate much! Jeeesus!’
You may see some of the comments that Jessica Simpson received due to her sweatshirt and necklace below.
Source: Jessica Simpson/Instagram
Jessica Simpson isn’t the only celebrity to be hit with Illuminati allegations. Kim Kardashian was said to be in the Illuminati due to the custom Schiaparelli outfit she wore to Christmas dinner. The serpent-like dress and snake earrings were too much for many and they deemed Kim was in the Illuminati.
What do you think about Jessica Simpson’s sweatshirt and her all-seeing-eye necklace? Do you think they mean she is in the Illuminati or is she wearing them as a fashion statement?
Advertisement