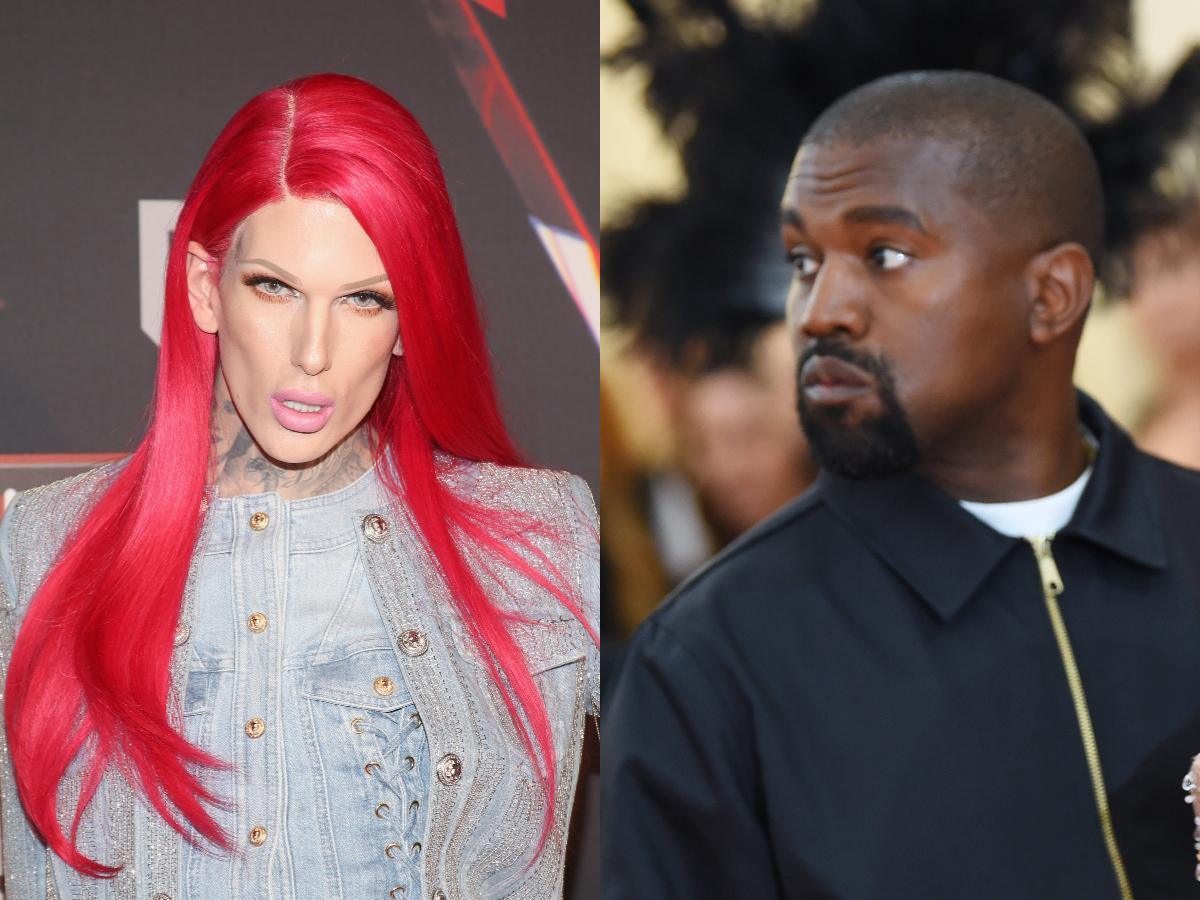 Yesterday, a very unexpected rumor that Kanye West and Jeffree Star are intimately involved started going around and the makeup mogul was just as shocked as everyone else to learn about it! That being said, he took to his go-to platform, YouTube, to address it in a long video.
As you might have expected, Jeffree confirmed that the rumor the rapper cheated on his wife, Kim Kardashian with him, is not true!
Not only that but he called it the ‘dumbest s**t I’ve ever read in my life,’ before going on to stress that they’ve never even hung out before!
Aside from that, Jeffree also had a wild theory of his own, which is that Kanye’s momager in law, Kris Jenner might be behind the rumors!
‘Let me just say this once for any news outlet, I like really tall men. Me and Kanye have never even hung out and this thing is really funny. So, I guess that if this is the start to the New Year, then Happy New Year… I really cannot and if Kris Jenner orchestrated this thing, Happy New Year sweetie girl. Jeffree Star is single and I’ve never ever slept with Kanye,’ Jeffree once again stressed in conclusion, before mentioning that, at the moment, he is not sleeping with anyone.
In the beginning of the vlog, the influencer also shared the way he learned about the speculations that Kanye West and Kim Kardashian are headed for a divorce and it’s all because the rapper cheated with Jeffree.
‘I woke up and my phone was blowing up, and I was like, ‘Oh my God, what in the scandal’s going on today?’ [….] I can’t and then I was like how did we even get to this moment, like how would this be made up — because we both live in the state of Wyoming?’
Advertisement

Sure enough, the YouTuber did move to Wyoming not too long ago while Ye has reportedly been spending most of his time at his property there since he and Kim supposedly live separate lives now.

‘Miracle’ cat survives 11 days in LaGuardia Airport ceiling
Cynthia Bailey Fires Back At Wendy Williams After The Talk Show Host Suggested Her Daughter Came Out On RHOA For A Storyline!
Comment