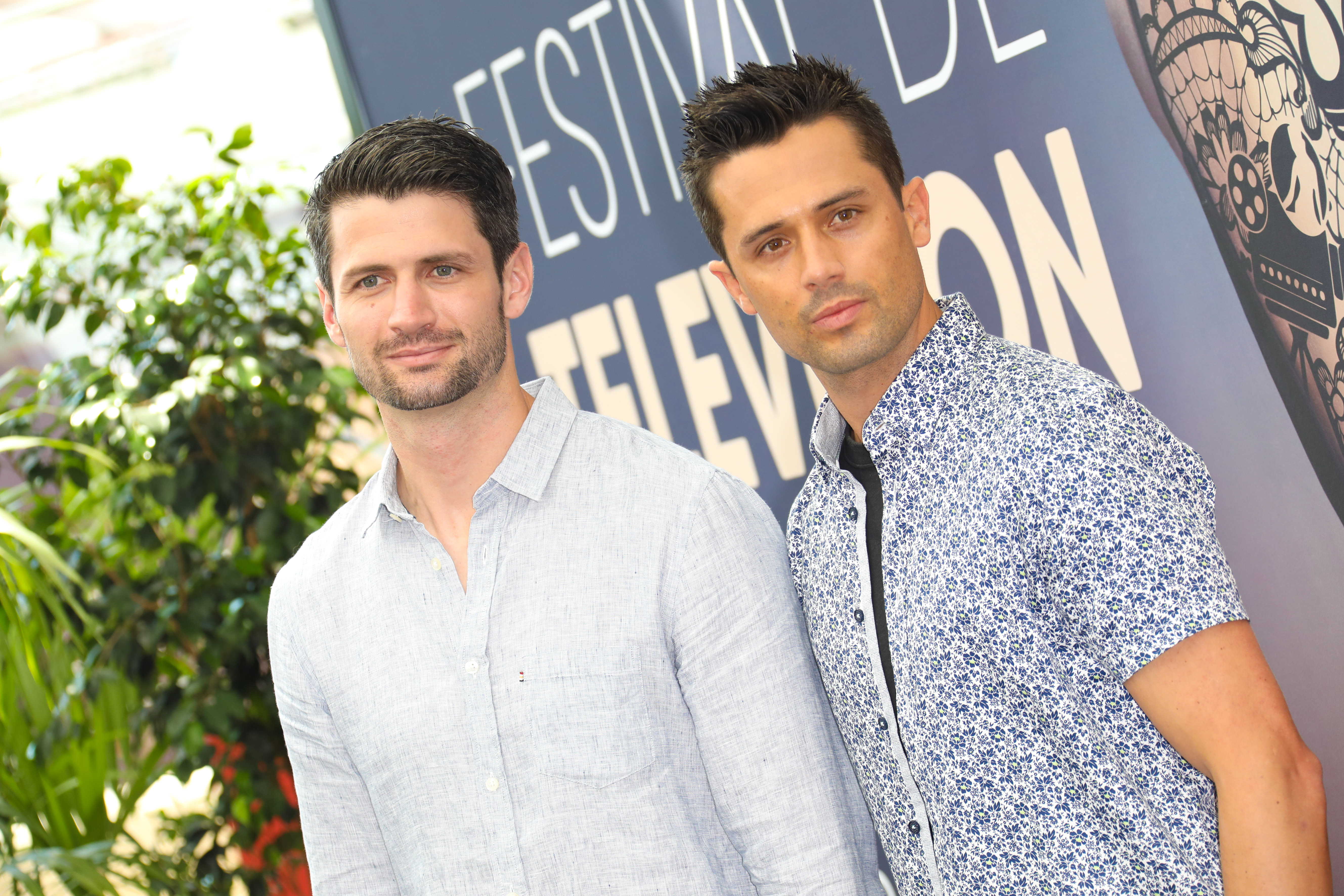 It took nearly three years for “Everyone is Doing Great” to find its home.

The comedy series, available only on Hulu starting Wednesday (Jan. 13), was created by pals James Lafferty and Stephen Colletti, who co-starred on the long-running teen-angst drama “One Tree Hill” — and who used a combination of gumption and crowdfunding to ultimately land their eight-episode series on the streaming network.

“Stephen and I had wanted to collaborate for a while, we just didn’t now what that was going to be,” says Lafferty, 35, who played Nathan Scott on “One Tree Hill.” “Eventually we got to the point where we’d lived enough life and had that ‘light bulb’ moment where we went, ‘OK, this is actually kind of funny. We’re seeing these things happening around us and to us.’”

Their idea morphed into “Everyone is Doing Great,” which centers around thirtysomething actors Seth (Colletti) and Jeremy (Lafferty), five years removed from their hit vampire TV series “Eternal” and coming to terms with their lives and their relationships. For Jeremy, that includes his wife and “Eternal” co-star, Andrea (Alexandra Park). The cast also includes Cariba Heine (“Designated Survivor”) and Karissa Lee Staples (“S.W.A.T.”)

Lafferty and Colletti shot the series pilot in 2018, then turned to the crowdfunding platform Indiegogo to raise enough money to finish shooting the next seven episodes, which took them through the late summer of 2019.

“We knew there were resources — crowdfunding and going around to some festivals and seeing if we could generate interest and financing,” says Colletti, 34 (Chase Adams on “One Tree Hill”). “We really didn’t want to leave it up to the industry — we knew we could do it ourselves the way we wanted to do it and keep the creative integrity at the heart of the show.”

“Everyone is Doing Great” centers around thirtysomething actors Seth (Colletti) and Jeremy (Lafferty), five years removed from their hit vampire TV series “Eternal” and coming to terms with their lives and their relationships.Getty Images for SeriesFest

Colletti says the choice of using “Eternal” as Jeremy and Seth’s previous hit TV series made a lot of sense in setting the tone of the series.

“I would say that ‘One Tree Hill’ and the vampire series are two of the same, but different in the sense that [‘Eternal’] was something very visual, with the vampire aspects and how we thought it would be really fun to play with that,” he says. “When we have the flashback scenes with Jeremy and Seth sitting on the set in full makeup with blood dripping down their mouths, complaining that the sushi they ordered for lunch didn’t come in time…we knew that would be a little more interesting.”

Park’s appearance in the “Doing Great” pilot was brief, since she was still working on E!’s “The Royals” (she played Princess Eleanor Henstridge); once she finished shooting that show’s fourth season she was back on board.

“Everyone is Doing Great” is available only on Hulu starting Wednesday (Jan. 13).Hulu

“I’d say she’s strong-willed and no-nonense, for sure,” she says of Andrea. “What drew me to her was that she’s an interesting girl who’s set the bar quite high for herself and finds herself in a very difficult position. Andre has gone straight from ‘Eternal’ to finding success in another show almost immediately and is having all these problems in her marriage, with Jeremy spiraling into a stage she sees as beneath her on the surface because she’s a bit of a perfectionist and control freak.

“We all struggle with that need for control and perfectionism and she starts to realize that’s not really the key to happiness,” she says. “She learns a lot about herself and her choices and what’s important to her…and we see her unravel in that way.”

Lafferty and Colletti say they had shows including “Dol & Em,” “Catastrophe” and “The Trip” in mind as they were constructing the series.

“When people read the logline they think it’s similar to ‘Entourage’…but we didn’t want it to feel so aspirational and fun,” Lafferty says. “We wanted the humor to come from the awkwardness…those little moments where it seems like nothing’s happening but everything’s happening.”

“It’s about trying to look around and re-evaluate your life — how did I get here? Where am I going? — and being honest with yourself,” Colletti says. “The big arc for our characters this season is trying to figure it all out, adjusting from there and finding new growth.”