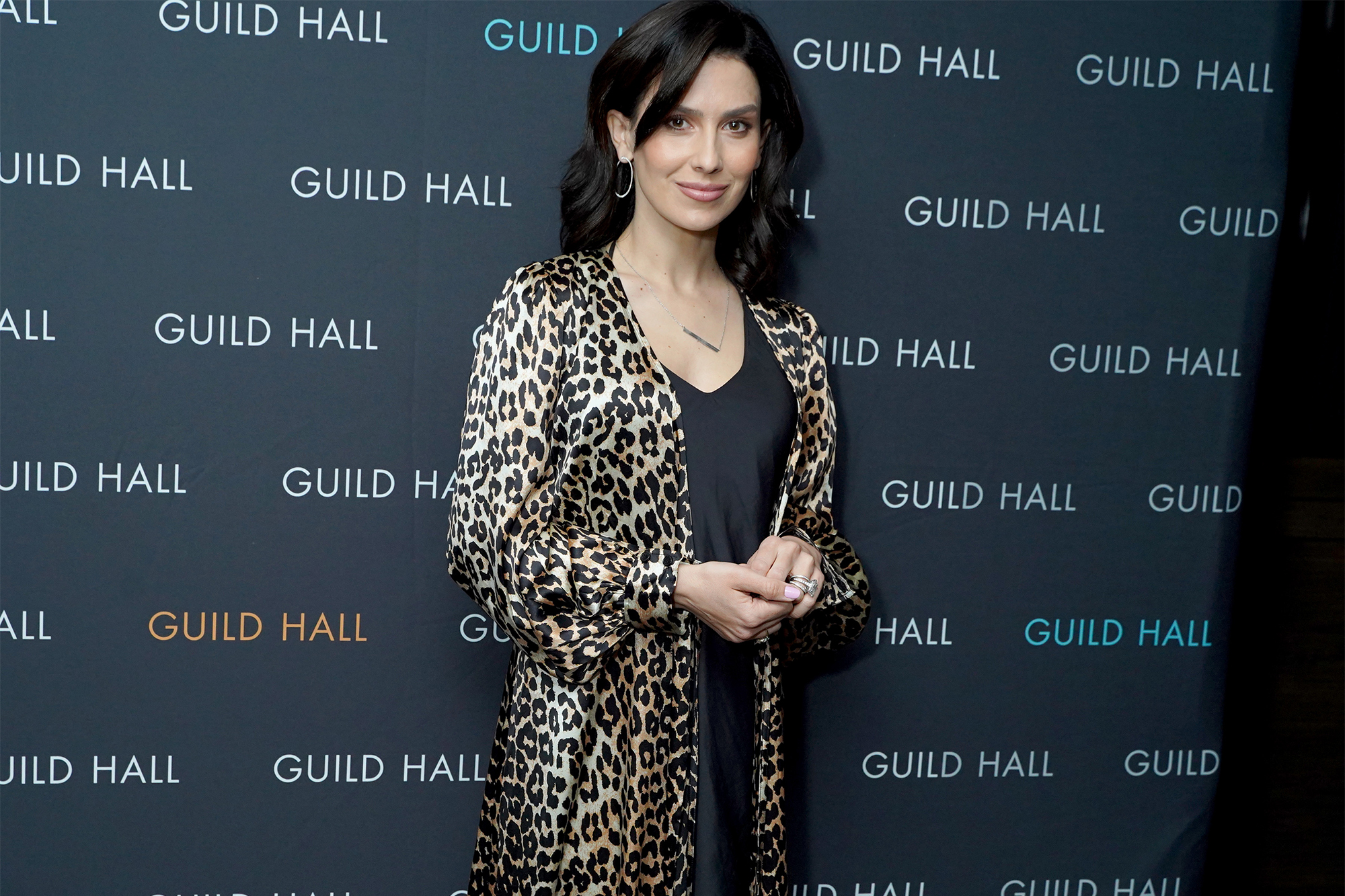 Hilaria Baldwin — who has been accused of misrepresenting herself as Spanish and even adopting a fake accent — kept up her alleged charade at her 2012 Manhattan wedding to Alec Baldwin.

The yoga-loving, lifestyle-peddling wife of the “30 Rock’’ star wore a traditional white Spanish mantilla veil — and even whipped out a flamenco fan at an altar in St. Patrick’s Cathedral during the ceremony to coquettishly wave in her groom’s face.

“I liked that I brought in a bit of my culture,” Hilaria later told People magazine of the ceremony, according to CeleBuzz at the time.

The wedding couple also traded rings inscribed with “Somos Un Buen Equipo” in Spanish, or “We Are a Good Team’’ — and danced to Puerto Rican star Luis Miguel’s song “Contigo,’’ Spanish for “With You.’’

Hilaria, whose real name is Hillary, landed in the middle of a media firestorm this month amid questions over how she has portrayed her heritage.

She was born in Boston to American parents and attended high school in Massachusetts — yet has seemingly tried to peddle herself as at least part Spanish, suggesting she can do so because she spent time as a child on the island of Mallorca and her parents now live there.

In an interview with Vanity Fair España in 2012, Hilaria claimed her family had a hard time pronouncing her new married American last name.

“I had to repeat it to my family three times: Baldddwinnn,” Hilaria told the mag. “And the third time they said, ‘Oh, we already know who it is! Why didn’t you pronounce it right the first time?’ ”

Hilaria also dredged up a tale about the Spanish national soccer team winning the 2012 Euros competition after her and Alec’s wedding day June 30, 2012.

”Although we were exhausted, Alec and I went to a restaurant with a score of our family and friends to watch the game,” she told the Spanish mag.

“It was the first time Alec saw a game where Spain played and we won,’’ Hilaria said.

Vanity Fair España noted in another interview wi3th Hilaria in 2014 that she was oddly dodgy when it came to their direct questions about her ancestry.

The reporter wrote in the piece that Hilaria “refuses to give me or confirm any biographical information, beyond carefully chosen anecdotes.

”Neither do her agents, the same as Baldwin, who excuse themselves by claiming that he does it to safeguard the privacy of his family,” the story said. “Instead, Hilaria gets excited recounting her career path.”

This past Monday, the Spanish publication brought up its 2014 interview with Hilaria again — as it panned her “terrible accent” and re3called her now-infamous TV appearance in which she claimed not to remember the English word cucumber.

”In short, she tried too hard to be a more exotic person than she was,” said the story in a Google translation.

But Hilaria, in an interview with the New York Times posted online early Wednesday, said she’s just been misunderstood by the media.

Spanish culture “has been a part of my whole life,” she claimed. “And I can’t make it go away just because some people don’t understand it.”

Hubby Alec has stood by his woman, with whom he has five kids — sometimes trashing critics with foul-mouthed retorts.

But Alec got all Zen-like Wednesday, posting a photo of trees and sky on Instagram and writing, “The sun rises in the East…”

While he received many supportive messages, one snarky commenter wrote, “Very , how you say ? Bonita !’’