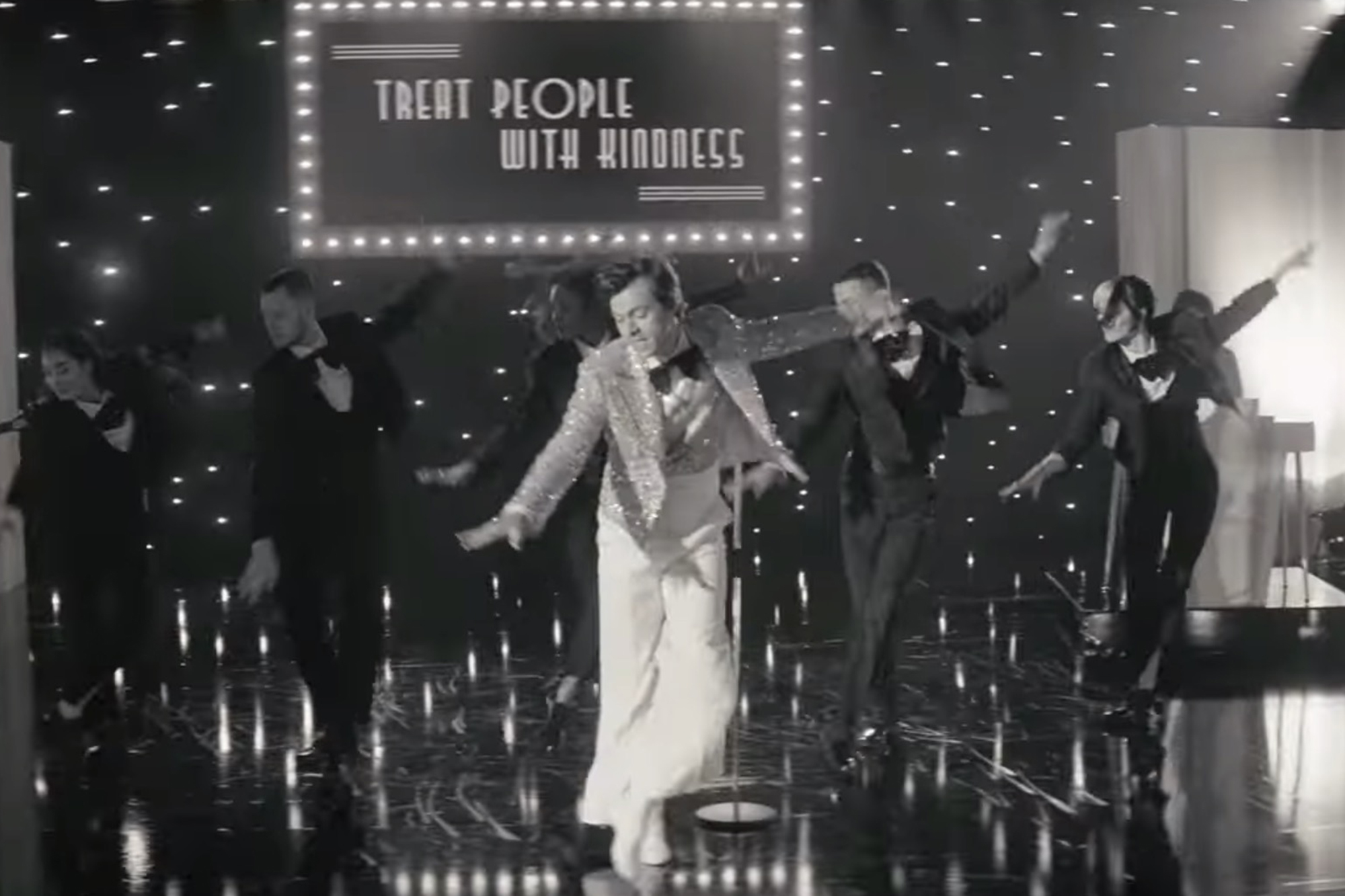 Harry Styles has an uplifting mantra for us all on New Year’s Day: “Treat People With Kindness.”

The 26-year-old glam-rock star dropped a surprise music video the first morning of 2021, which featured him and “Fleabag” actress Phoebe Waller-Bridge.

His song had a simple message for the new year.

“Maybe we can / Find a place to feel good / And we can treat people with kindness,” the lyrics went.

Waller-Bridge, 35, puts down her martini and joins Styles in a rollicking dance number.

At the end of the joy-filled video, Styles falls into Waller-Bridge’s arms.

The finale to “Treat People With Kindness.” SME

Styles announced the song would be coming just two hours before its release, sending his Twitter followers into a frenzy.

The hashtag #TPWK, short for the song’s title, began trending shortly after Styles announced the news.

He wasn’t the only one to get the new year off with a banger. Justin Bieber also dropped a new song and video, “Anyone,” which featured him tattoo-less, smooching actress Zoey Deutch.