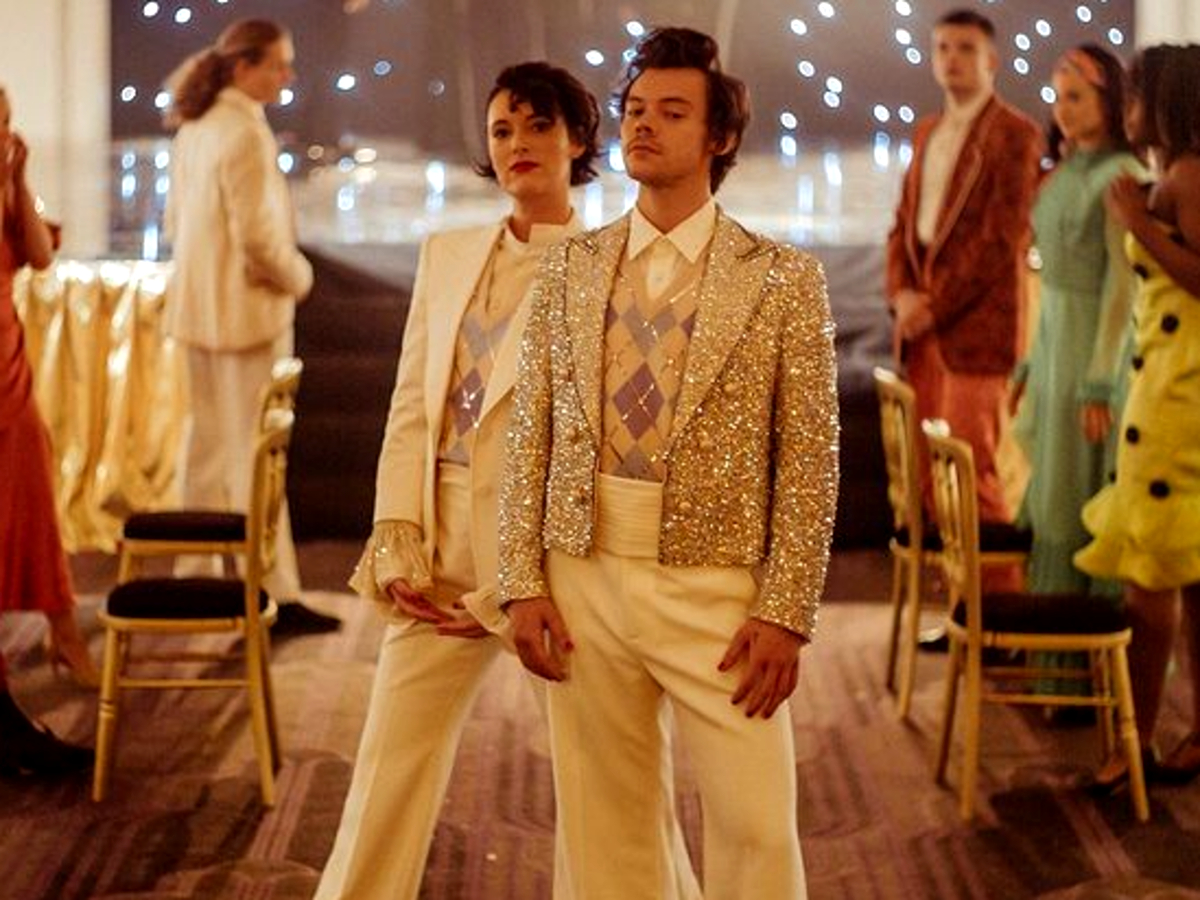 Harry Styles dropped the new video for his hit song “Treat People With Kindness” and fans are in love with the video. Harry shows off his dancing moves in the video and is joined by actress Phoebe Waller-Bridge for a truly feel-good video. Harry released the video on New Year’s Day and many said the viral video set the right mood for 2021.
Harry has made headline news for how he plays with gender roles and after appearing on the cover of Vogue in a dress, he continued to turn gender upside down in the video. Dancing with Phoebe, the two wore similar outfits and Harry donned the sparkling, dazzling suit jacket while Phoebe wore a complementary blouse that had similar sparkle on the cuffs. Once Harry took his coat off, the two were dressed identically and wore custom, glittery sweater vests by Gucci.
The video features Harry dancing in a nightclub until he approaches Phoebe, who owns the club, and brings her on stage with him where she shows off her similar dance moves.
The gender role switch is apparent immediately as many videos may show a successful male nightclub owner as the beautiful woman hits the stage and performs to his liking.
In Harry’s video, Phoebe is the nightclub owner and she seems to be a very likable character who isn’t in the business of exploiting those who she employs. Harry and Phoebe smiled at each other sweetly and jumped on a table, extended his hand to her. She took it and the two danced on stage.
The two switched up gender roles at the end of the dance as Phoebe is the one who gives Harry the final dip.
You may see Harry Styles‘ video for “Treat People With Kindness” in the player below.

What do you think about Harry Styles’ new video and the way he presents gender roles? Are you a fan of the feel-good video?
Advertisement