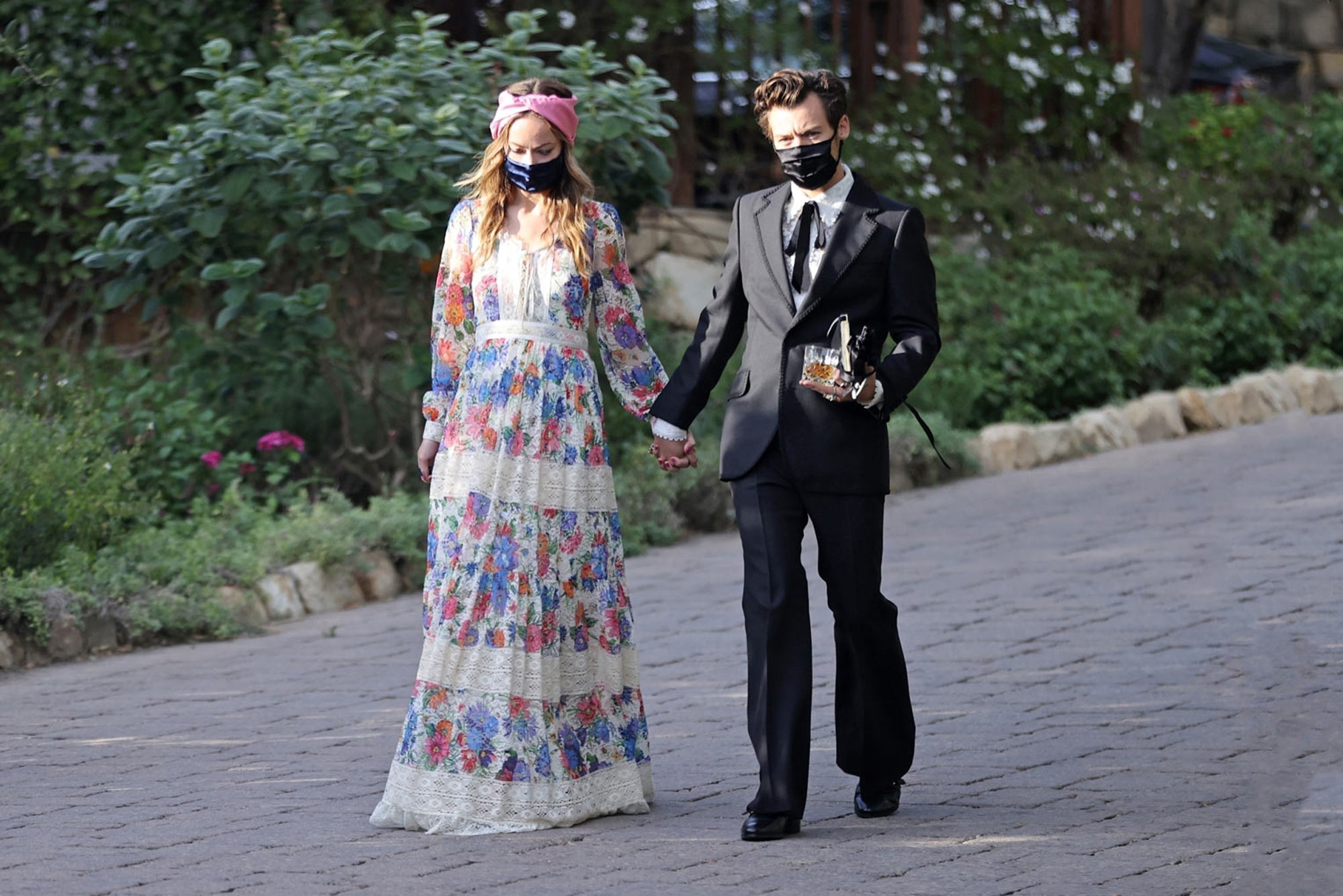 Harry Styles and Olivia Wilde made their debut as a couple in a very stylish way.

The musician, 26, and the actress, 36, attended Styles’s friend and agent Jeff Azoff’s wedding at the San Ysidro Ranch in Montecito, Calif., this weekend in matching bohemian Gucci looks.

It’s no surprise that any date of Styles’s would be wearing the Italian fashion brand; the “Golden” singer is a close friend of Gucci designer Alessandro Michele as well as a face of the brand; he wore a scalloped white shirt with a black pussy bow underneath a black suit, also by Gucci, for the event.

The two, who were photographed holding hands at the event, took their matching to another level, wearing face masks by Vampire’s Wife.

Styles has been wearing gender-bending looks from the Italian fashion brand near constantly, including on the cover of Vogue, where he sported a custom dress that sparked debate about “manly men.”

It appears the “Treat People With Kindness” singer may have officiated the wedding and even lent his car to the couple after posing with them in nothing but a robe from the hotel and a pair of slippers.

Perhaps, once the pair are done filming the forthcoming thriller “Don’t Worry Darling” in which Styles stars under Wilde’s direction, they may consider a joint Gucci photoshoot.