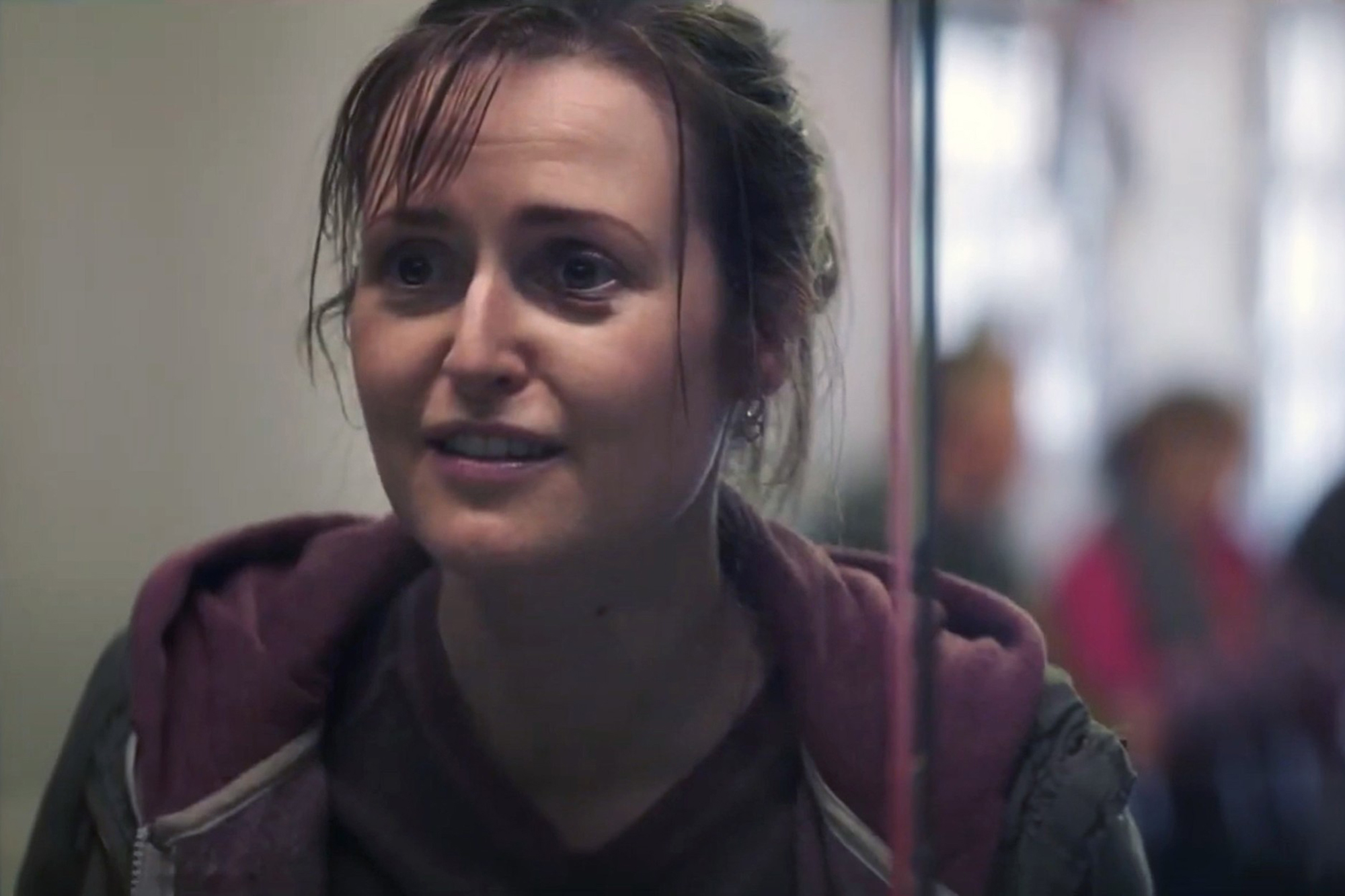 “Herself” features no Streeps, Thatchers, Dancing Queens or Chiquititas, and marks a major leap in maturity and style for Lloyd.

That is, in part, because the story is more intimate than her past work, not allowing for flash, and the characters are rooted in reality.

Sandra (Clare Dunne) is a young Irish mother of two, who is plotting an escape from her abusive husband Gary (Ian Lloyd Anderson). One day, she breaks free, but not without sustaining a black eye and a crushed hand. The abuse scenes are difficult to watch, as they should be.

To earn a living, she takes care of an older woman named Peggy (Harriet Walter). As her employer’s affection grows for her and her daughters, she offers her a plot of land to build a house. For Sandra, the project is the ultimate expression of autonomy and power.

While pursuing her construction dream, she discovers that there are a few kind men out there. Aido, a handyman played by Conleth Hill, helps with the build and brings his pals along. You’ll remember Hill as the snaky gossip Lord Varys from “Game of Thrones.” He speaks here in a completely different, gruff voice that makes you do a double take. He’s not a eunuch after all.

But it’s not a happy-go-lucky TLC renovation show. Sandra’s efforts to make a home are hampered by her jerk husband, who won’t leave her alone and brazenly tries to get full custody of the kids. The gentle script — co-written by actress Dunne, Malcolm Campbell and Sourav Kumar — does, at times, become repetitive with these scenes. Gary asks Sandra to come back to him, yells and then she cries . . . several times.

Dunne is a remarkably vulnerable actress, though, and her pain becomes ours. Walter’s maternal relationship with the struggling mom is moving, too. But “Herself,” contrary to its title, is not about one person. The takeaway is that what’s most essential to being yourself is a supportive community that helps you do it.