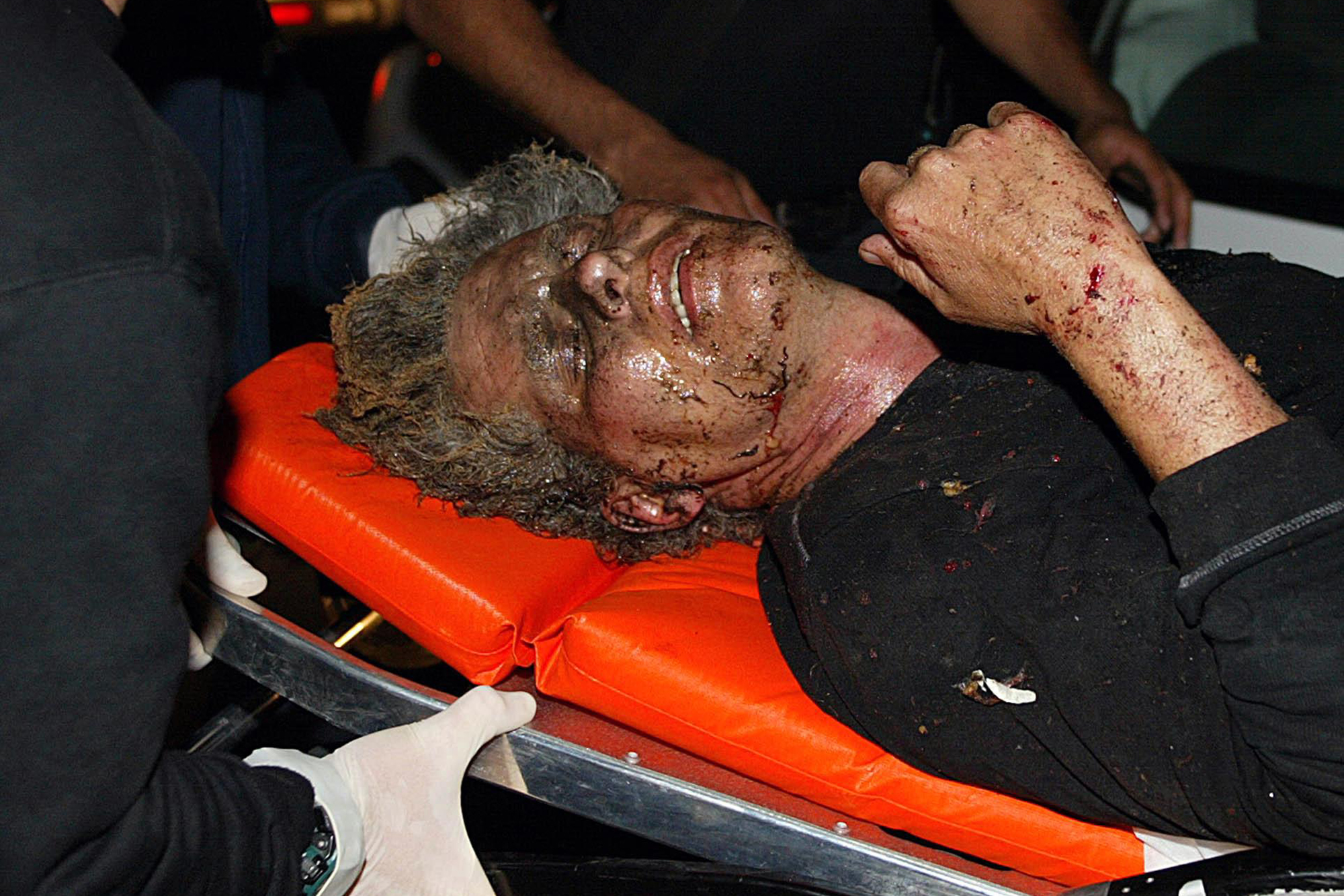 On April 29, 2003, I was in Tel Aviv, reporting for Wired magazine. I had completed a day of interviewing and was strolling alongside the Mediterranean when I came to a blues bar, Mike’s Place, with a Guinness sign out front. I like Guinness, my name is Mike, and I stopped to poke my head in. But it was mid-afternoon and the bar was empty. So I went to my hotel and crashed early. After midnight, a loud noise woke me. I said to myself, “That couldn’t be a bomb.”

Next morning, I found out that a suicide bomber, Asif Mohammed Hanif, had blown himself up at Mike’s Place. An accomplice, Omar Khan Sharif, failed to ignite his own explosive and got away. Twelve days later, his body washed up on the beach. (The men, both Muslim, came to Israel from Great Britain.) A few hours had stood between me sleeping through the sirens of ambulances and needing an ambulance myself.

He’s a filmmaker who happened to be at Mike’s, saying goodbyes after wrapping “Blues by the Beach,” a documentary about the bar. The terrorist’s body exploded into Baxter, sending Baxter flying 10 feet and crashing against a plate-glass window. He wound up comatose for three days, awakening in a Tel Aviv hospital with no recall of the event that left three dead and 50 injured.

“Blues by the Beach” came out in 2004. Now Baxter has released “The Last Sermon,” available on iTunes, which chronicles the bombing as well as his quest to find the families of the men who left him permanently altered.

“I walk with a cane and have PTSD,” the married Midtown resident, 68, told The Post. “If I hear a loud noise or see sudden movement from my left side, anything in my hand gets dropped. A piece of my mind is frozen at the moment of the explosion. Somehow that is in me.”

Something else is in him as well: “I have imbedded organic shrapnel inside me. It’s pieces of the bomber.”

With the film, Baxter hoped to show multiple sides of an infinitely complex issue and maybe foster some understanding: “My intent was to counteract anybody who might be thinking that Islam and the Koran and the word of the Prophet justify murder in the name of God.”

Calling himself “an original Jesus freak,” Baxter was a member of the California-based Tony and Susan ­Alamo Christian Foundation, a religious cult. (Tony was eventually imprisoned for sexually abusing minors.) Baxter recalled: “I was willing to die for God but not willing to kill.”

As he believed in the ’70s, and as he’s certain the terrorists believed, “Being a martyr . . . is a fast-track to heaven and it makes up for any sins you accrued.”

The film took him to a Hungarian border where a mayor warns against Muslim refugees trying to cross his electrified fence. Baxter visited a Czech actress-turned-nationalist politician who talks about subway attacks against Muslims being “the only [way Czech nationals] can show Muslims that they hate them.” In the hometown of the men who tried to kill him, Baxter met a British politician who suggests making peace with Islamic terrorists.

“I can’t abide by this crap,” Baxter says in the film, storming off, demanding harsher solutions for killers in the name of religion. “These people are murderers, murderers . . .”

He also worked with private investigators to find relatives of the men who blew up Mike’s, and went to their homes. Most of his knocks were ignored. But while seeking the brother of the bomber who failed to blow himself up, the filmmaker talked with a nephew who takes Baxter’s phone number but seems to brush him off. He never called.

That encounter may not have provided the resolution Baxter sought, but it did bring closure. “I’m retired from doing movies about religion and politics,” he told The Post. “I have come full circle from the day I stepped onto Hollywood Boulevard and became a Jesus freak. This movie is my last sermon.”

Becca Kufrin Opens Up About Experiencing Heartbreak In 2020 After Her Split From Garrett Yrigoyen!
Reginae Carter Impresses Fans With A Message For The New Year
Comment