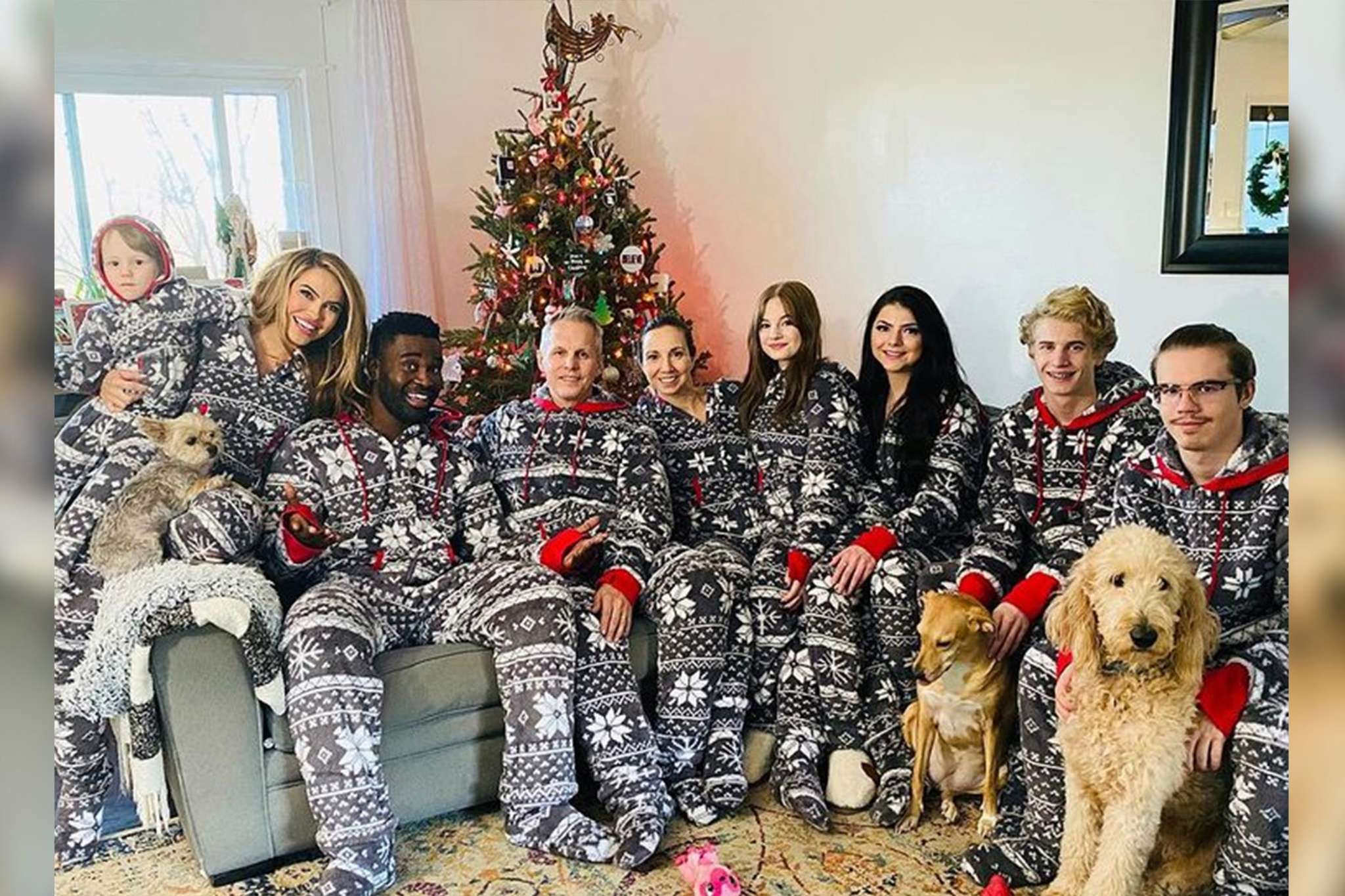 Chrishell Stause shared a beautiful photo of her first Christmas with her new beau Keo Motsepe whom she introduced to her family over Christmas holiday. Unfortunately, the image received lots of criticism over Covid concerns.
Immediately after the picture was uploaded, many pointed out that she is not being a good influence on her platform with 2 million followers. This was because there were nine people sitting on a couch in their matching pajamas.
Chrishell Stause Has Freezed Her Eggs — Also Opens Up About Losing Her Mom To Cancer »
As soon as she realized some of her followers were outraged, she shared an apology.
‘To those bringing up Covid concerns, I understand and agree this was not a good use of my platform. I normally always try to be socially responsible with my posts because I am naturally a compassionate person. I can see how this does not show that to some.’
More Details Of What Led Up To Chrishell And Justin Hartley Divorce And The Fallout After »
She also mentioned that they were trying to make the best out of the holidays as a family. This is the first one without her mom who passed due to lung cancer nearly a year after her dad died from the same illness.
‘I understand you won’t agree, but at least so you can see where I am coming from – This is my immediate family and we all are able to test before and after. This is the first Christmas without our mom we felt important to be there for each other in a tough year.’
Chrishell Stause Opens Up About Joining Dancing With The Stars After Divorce Drama »
Chrishell not only had a tough few years filled with deep loss, she also went through a public divorce that she was blindsided by all while getting shoved into the spotlight with the Netflix surprise hit Selling Sunset.
Her most recent scandal was rumors that she was having an affair with her Dancing With the Stars partner Gleb Savchenko.
Although it can be considered irresponsible to share a photo with that many people in a close vicinity, it’s clear that Chrishell was trying to make the most of one of her happiest moments.
Advertisement

Larsa Pippen Says She And Malik Beasley Were Both Separated When They Began Dating — Malik Beasley’s Wife Threatens To Expose Her!
Iggy Azalea Goes Into Detail About Playboi Carti Cheating And Leaving Her Alone On Christmas
Comment