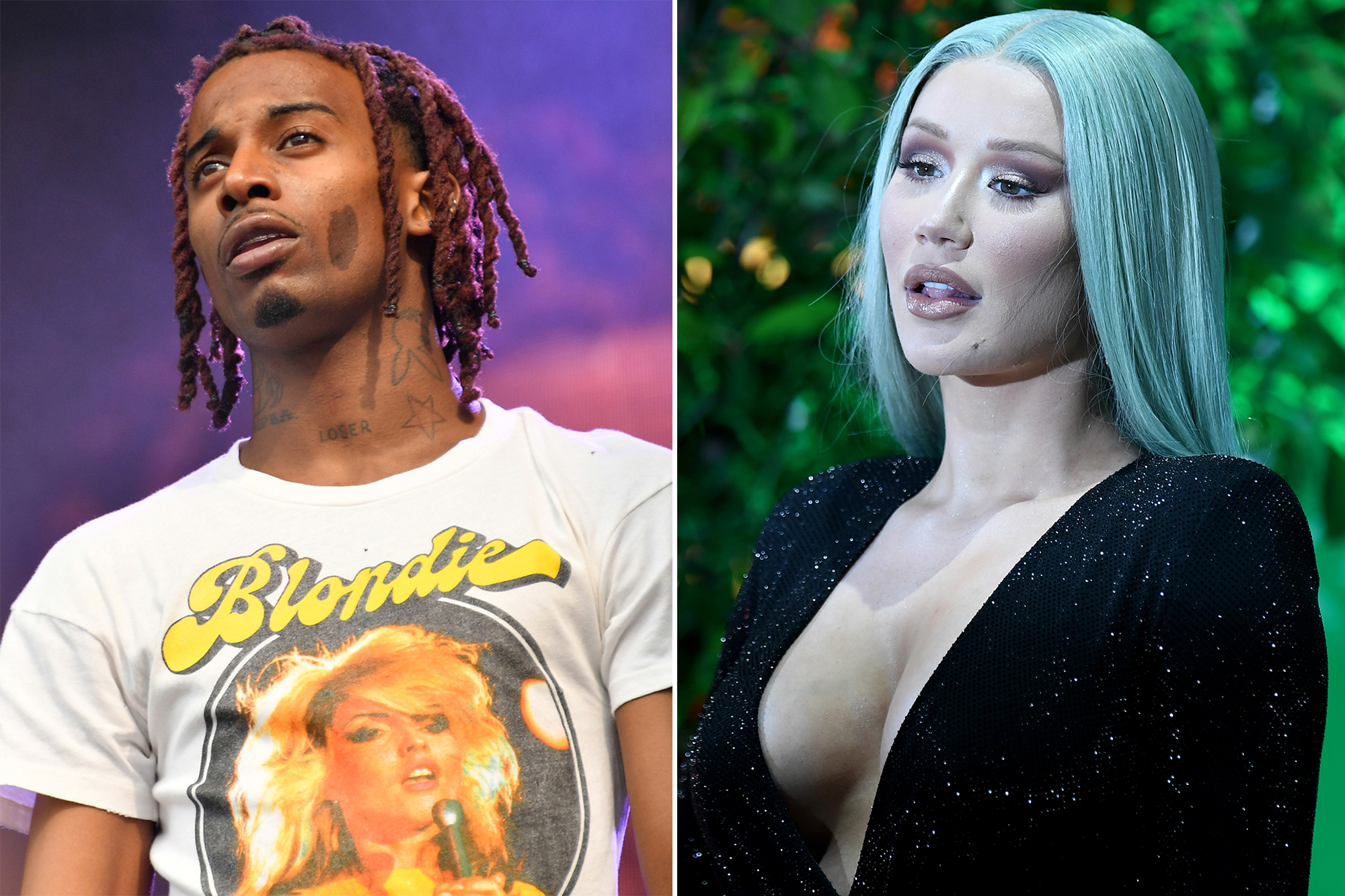 “Whole Lotta Red” is Carti’s much-anticipated second album, a follow-up to “Die Lit,” his debut released in 2018 that climbed to No. 3 on the Billboard charts. But the two dozen new tracks — including collabs with Kanye West and Kid Cudi — are being received like a lump of coal.

“I’m begging you, stop making music,” implored one disappointed fan in an expletive-filled rant. Another claimed the lackluster music would “ruin christmas.”

Unhappy listeners on social media additionally vented their frustration by retooling the album title and calling it “Whole Lotta Skips.”

Even Iggy Azalea, the mother of Playboi Carti’s son Onyx, got in on the pile-on, ripping into the hip-hop artist for missing their child’s first Christmas. “Too bad you got an album out but can’t even come to Christmas with your own son,” sneered the “Fancy” singer in a series of tweets.

“To clarify this man was literally at my house last night telling me he loves me,” added the Australian singer.

The 24-year-old mumble rapper — whose real name is Jordan Terrell Carter — released the art for his sophomore album earlier this week, writing online, “I t0LD U ! I L0v3 u, PRE 0RDeR NOW.” Cover art for the fast-paced music includes a vampy portrait of the Atlanta-born artist, who is a disciple of A$AP Rocky and known for his punk-goth style. Promotional swag alongside the album release includes $20 vampire fangs, satanic T-shirts and a “Bloodsucker” skate deck for $100.

Last month Carti appeared on popular tracks alongside Lil Yachty on that singer’s deluxe album, “Lil Yachty 3.5,” along with Future. He also made an appearance on Drake’s “Pain 1993” single earlier this year. Those songs were well-received — unlike the batch of collaborations on “Whole Lotta Red,” which include “Go2DaMoon” with Kanye West, who raps, “I promised Playboi we’d get the tape out before the weekend.”

“Whole Lotta Red” also features a duet with Future, “Teen X,” and a cameo by Kid Cudi, as well as solo performances in songs like “F33l Lik3 Dyin” and “Meh.”

However, some fans are actually willing to give the SoundCloud star a second chance, crossing their fingers for the release of a more satisfying special edition album. Wrote one hopeful stan, “Let’s pray carti adds all the leaks to the deluxe.”