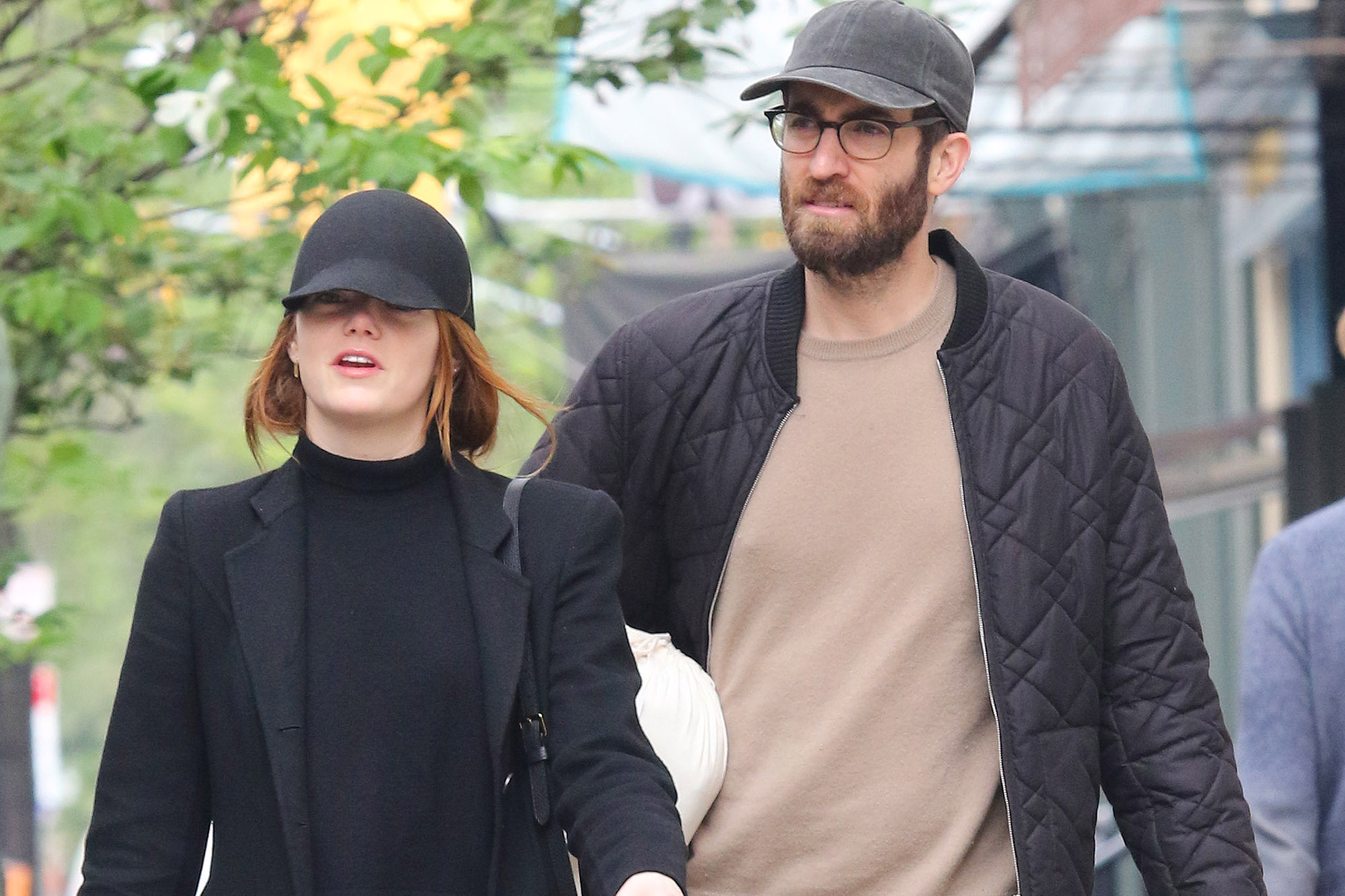 The Oscar-winning actress was spotted cradling her baby bump in new photos obtained by Daily Mail.

The couple has not confirmed the news themselves, but Stone, 32, was walking around Los Angeles on Dec. 30 with a pal and her growing bump. She kept it casual in a plain black shirt, black leggings and sneakers.

In September, Page Six exclusively reported the couple had quietly tied the knot amid the ongoing coronavirus pandemic.

Before the pandemic thwarted their plans, the couple were set to marry on March 14 in Los Angeles. As we previously reported, invitees knew when the nuptials would be, but the location was being kept under wraps until the last minute.

The “La La Land” actress first met the 35-year-old former “Saturday Night Live” segment director in 2016 when she hosted the show. They announced their engagement in December 2019 via social media.

A rep did not immediately get back to us.