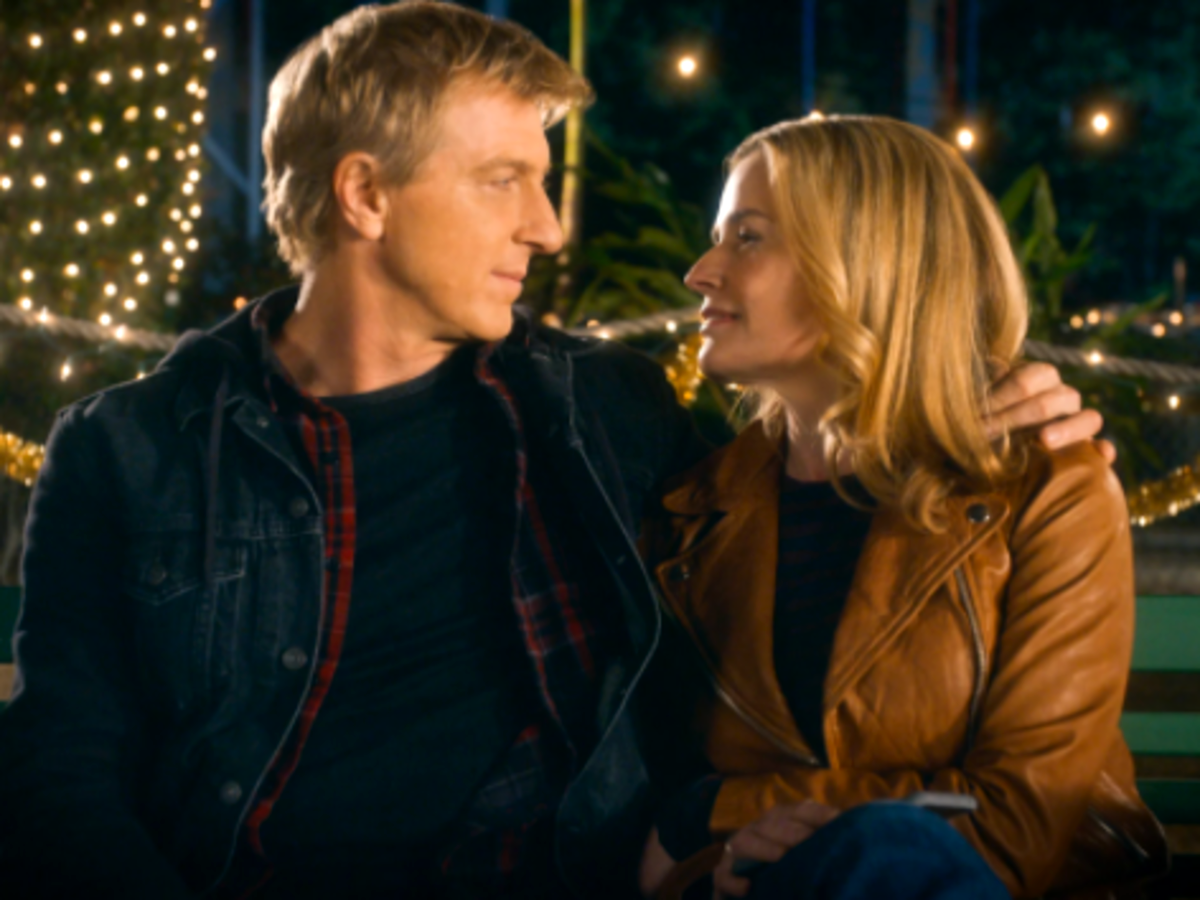 Cobra Kai Season 3 returned on New Year’s Day and Netflix subscribers were certainly surprised to see Elisabeth Shue reprise her role of Ali. The appearance was kept a secret but fans of the show suspected she would return due to the way Season 2 ended. Elisabeth had been working on the Amazon original hit series The Boys where she portrayed the character, Madelyn Stillwell. Now, the beautiful 57-year-old actress is speaking about her Karate Kid reunion with Ralph Macchio and William Zabka.
Elisabeth spoke exclusively to Entertainment Weekly and dished on her return and the way she described it happening might strike some as a bi’ funny.
It appears that Elisabeth wasn’t rushing to be on the highly successful reboot that picked up with Danny (Ralph Macchio) and Johnny (William Zabka) squaring off for the next generation of karate devotees. Elisabeth was happily filming The Boys and content with where she was in her career. It was The Boys’ director for the pilot episode, Dan Trachtenberg, who pushed Elisabeth to do it.
He explained that he loved the movies and essentially told a questioning Elisabeth Shue that she ‘had’ to do it!
Elisabeth isn’t going to be a regular on the series and she has other programs in the works, but her appearance certainly delighted millions of fans!
When Elisabeth was asked how it was working with Ralph and William again, she told Entertainment Weekly the following.
It was so fun to realize that all of our chemistry was exactly the same. My chemistry with Ralph was the same, the same with Billy — it was odd! It was literally like a high school reunion; it felt like no time had passed. Like none at all. We kept reminiscing and laughing, constantly reliving the first Karate Kid every minute between takes. Non-stop reminiscing about our experience and laughing about what a great movie it turned out to be.
You may see Elisabeth Shue’s exclusive interview with EW below.

“It felt like no time had passed,” Elisabeth Shue says of reprising her role as Ali — and reuniting with Ralph Macchio and William Zabka — in #CobraKai season 3.​ https://t.co/9UpsVo71PY
— Entertainment Weekly (@EW) January 2, 2021

Are you a fan of the Karate Kid? Did you watch Cobra Kai Season 3 or are you still watching it? What did you think of Elisabeth Shue’s return as Ali?
Advertisement

Adam Levine Talks Possibly Returning To ‘The Voice’ – Would He Do It?

Heather Morris Fires Back After ‘Offensive’ Post About Mark Salling And It’s Controversial Among ‘Glee’ Fans!