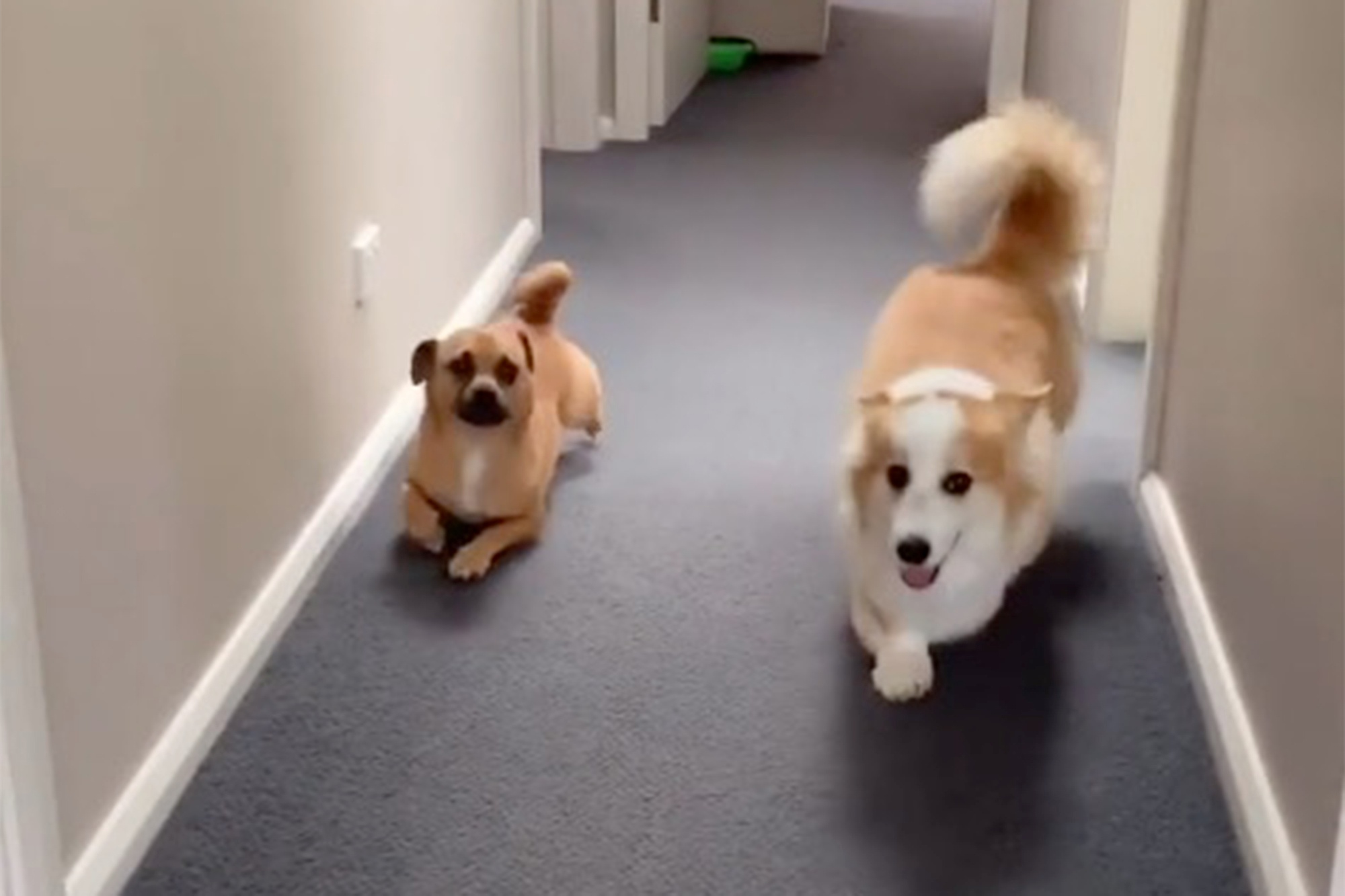 He’s going to pug-atory for this.

A Jack Russell-pug mix named Dustin had social media rolling after he apparently mocked his stumpy buddy’s walk in an uproarious clip.

The footage was first posted on Instagram in February of last year, but resurfaced this week on Twitter — where it has amassed almost 10 million viral video views.

The clip, originally shared by Australian owner Ailish Ryan, depicts the mischievous pooch appearing to imitate corgi pal Kayto’s trademark waddle by “army-crawling” behind him around the house.

At one point, the roly-poly corgi — a breed beloved by Queen Elizabeth — even barks at Dustin, seemingly offended by the rude pantomime.

Needless to say, the canine short-shaming stunt had Twitter in stitches.

“Never ever seen one animal taking the piss out of another one, incredible,” marveled one commenter at the diminutive doggo’s roasting.

Another exclaimed, “The dog just showed mockery and sarcasm… And the Corgi was pained too. Nature is definitely evolving.”

However, others suggested that Dustin’s so-called sendup was actually an attempt to pleasure himself by rubbing his nether regions on the rug.

It’s unknown whether dogs have evolved to the point where they can execute satire.

However, canines have exhibited startlingly human behaviors before, including walking upright and even remembering pointless events.

Porsha Williams Supports Tamika D. Mallory And Her Message – Check Out What She Had To Say
Kandi Burruss Shares Memories From Ace Wells Tucker’s 2020 – See Her Video
Comment