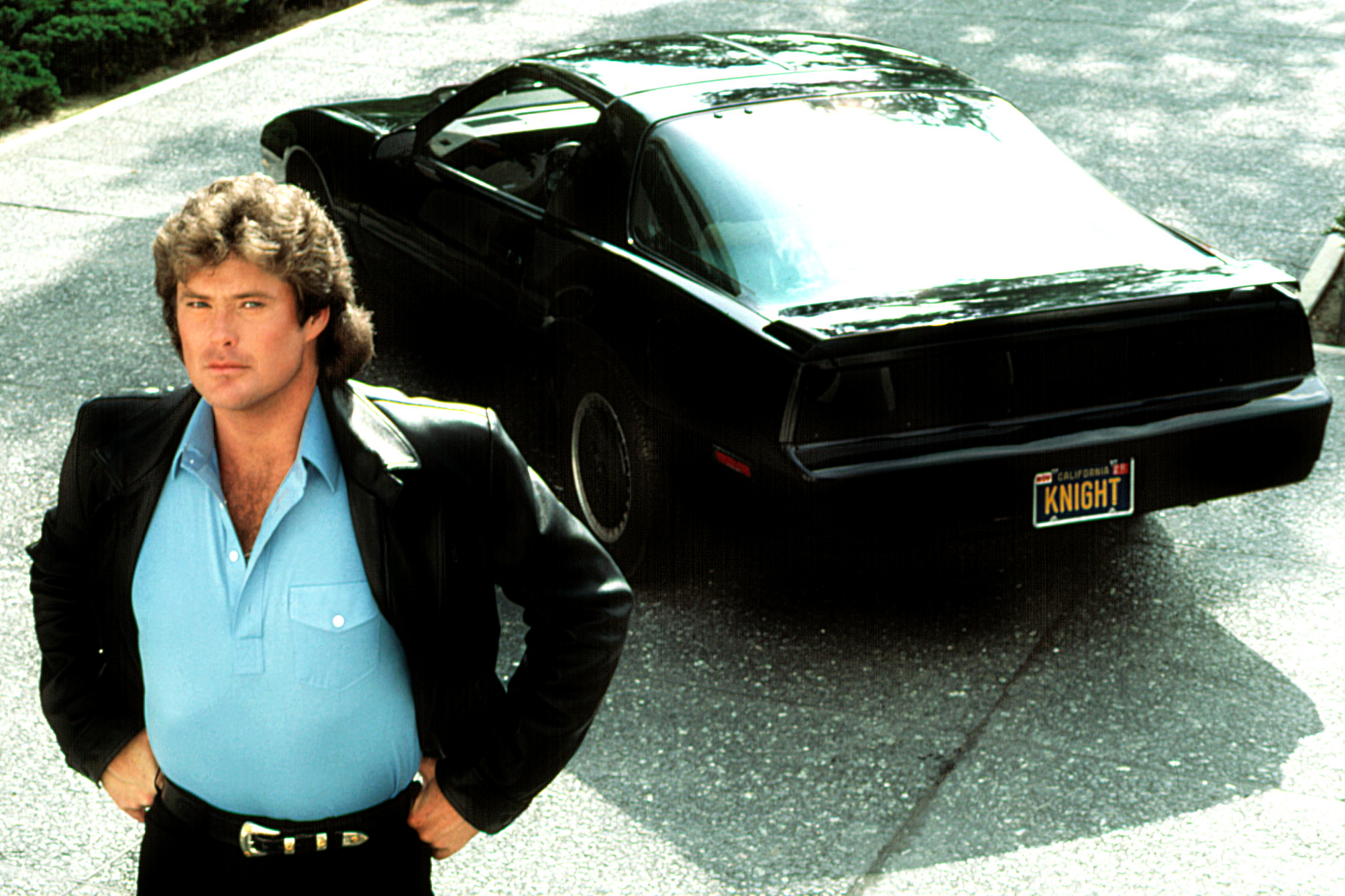 Here’s a Hoffer you can’t refuse.

“America’s Got Talent” judge and “Baywatch” star David Hasselhoff is auctioning off the AI-enhanced Knight Industries Two Thousand car — a k a “K.I.T.T.” — from his 1980s TV show “Knight Rider” for an estimated $300,000.

The 1982 Pontiac Firebird Trans Am is described as a “FULLY FUNCTIONAL K.I.T.T. CAR WITH FULL CONVERSION CAR LOCATED IN U.K.,” according to the automobile’s listing on LiveAuctioneers.com.

Unfortunately, the prop K.I.T.T. doesn’t boast any of the capabilities of its sentient on-screen counterpart, which could talk, drive itself and even inexplicably jump when the Hoff’s crimefighting character activated a “turbo boost” function — think a good “Christine.”

However, the automotive assistant sports a command center-esque dashboard that lights up just like in “Knight Rider.”

In addition, Hasselhoff, 68, will personally deliver the car to the new owner if they pay 25% above the asking price, per the site. (Winners who pay less will be responsible for the delivery expense.)

The current bid sits at $375,000 with a maximum of $975,000, so prospective buyers will need to place a sizable offer if they want to purchase K.I.T.T. at the live auction, which kicks off at noon EST on January 23.

K.I.T.T. is not the only movie item put up for auction by the Guinness World Records’ most-watched man on TV. Also Hoffered-up is a larger-than-life-size replica of the “Click” actor from 2004’s “SpongeBob SquarePants Movie” — perhaps the one time a big “Hassel” is a good thing.

Not creepy at all: David Hasselhoff’s swimming clone from the “SpongeBob SquarePants” movie.liveauctioneers.com

Measuring a whopping 14 feet long, the humongous dummy depicts Hasselhoff swimming on his stomach while sporting his signature red lifeguard shorts from “Baywatch.” The piece is estimated to go for between $750,000 to $1.5 million, with the current top bid at $100,000.

In 2014, the same unique piece was included in a sale at California’s Julien’s Auctions, with a pre-event offer of $28,000, according to The Hollywood Reporter.

But former Hollywood heartthrob Hasselhoff rescinded his offer at the last minute, calling up auction house president Darren C. Julien to ask for his prop-pelgänger to be returned.

“He thinks so much of himself that he pulled it,” Julien joked at the time.

Hasselhoff will be auctioning off other items, too, this time around, including signed memorabilia, old costumes, a few cars and several “Baywatch” collectibles, the proceeds frp, which will go to the actor’s charitable organizations.

David Hasselhoff’s “Knight Rider” K.I.T.T. car is up for grabs.liveauctioneers.com