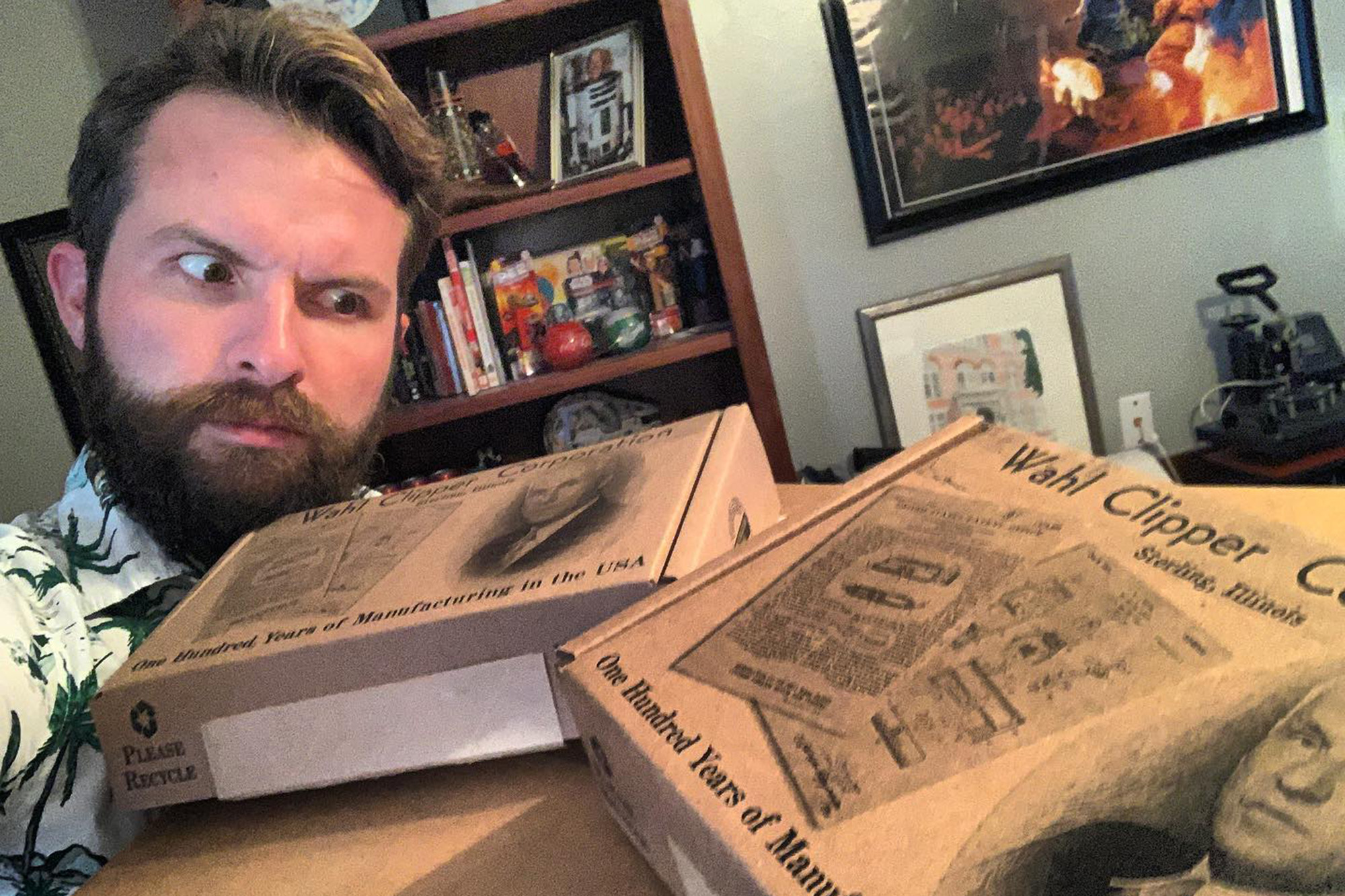 Growing great facial hair has led this man to growing a great family.

The owner of America’s “Most Talented Beard” has used his $20,000 in prize money toward the fees for adopting a baby boy.

Jonathan Brannan, 31, was recently bestowed the lofty title by the grooming supply company Wahl — but the hard-earned money was never meant to boost his ego.

The Ocean Springs, Mississippi, resident and his wife Alyssa, who have a 6-year-old daughter together, had begun the pricey adoption process around two years ago, but ran into a financial hurdle: The typical adoption costs about $43,000, according to AmericanAdoptions.com.

“The cost is exorbitant,” the furry daddy told Insider. “It’s huge. We had planned on it, but, it was more than I thought it would be.”

Alyssa nearly died while giving birth to their older daughter, Eden, and the couple couldn’t imagine reliving another traumatic childbirth. But they were hopeful that they could still give their daughter a sibling through adoption.

When the couple saw the prize money for the beard competition, they realized it would cover the remaining costs of the adoption — albeit in a rather unconventional way.

“I happened to be growing a beard, and happened to be scrolling through Facebook the day before the deadline for a national contest that came with a $20K grand prize,” he wrote in the GulfCoast blog. It was almost exactly the amount he and his wife needed to complete the adoption.

The two quickly cobbled together a video of Brannon’s many talents — from singing at the piano to “Annoying your offspring as much as possible,” he joked in a follow-up video. Brannon made sure his beard was especially sculpted for the video. And his hard work paid off.

In announcing Brannan as the winner, Wahl wrote of the fate his facial hair would bring him to after winning the honors.

“By the time he got to an age where he could actually grow a beard, he was also starting his career as a TV reporter, and it wasn’t allowed,” the announcement read. “However, once he left the TV biz, both Brannan and his beard flourished. He’s now the development director for the Jackson County Chamber of Commerce, and enjoys life with his wife and 6-year-old daughter. The family of three is excitedly anticipating the addition of a baby boy they will adopt in April 2021.”

The couple struggled for years to come up with the money needed to complete their adoption. Luckily, Brannon was capable of growing an especially optimal beard.

“It’s kind of every man’s dream to be recognized for his beard,” Brannan told Wahl.

However, the outcome of that recognition was much bigger, he said.

“We believe it’s a totally and absolutely a meant-to-be thing,” Brannan told Insider. “It definitely had some divine vibes through it.”

Brannan mugs for the camera after winning $20,000 in Wahl’s “Most Talented Beard” competition.Facebook